Last night, in a less-than-stellar performance, Bristol Palin made her debut on ABC's "Dancing with the Stars.” The funny thing is that this writer didn't even realize Bristol Palin qualified as "star material” - in fact, it seems like the only thing Bristol has grown famous for in the past two years is her pregnancy during her mother Sarah Palin's vice presidential campaign back in 2008. But the high rate at which the media is making teenagers famous for being pregnant, Bristol may be in line for her own reality TV show before too long. 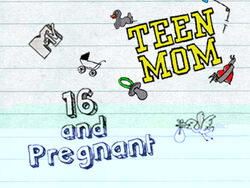 Photo: 16 and Pregnant" and "Teen Mom" are two MTV original reality series' that chronicle the lives of pregnant American teenagers

Photo: 16 and Pregnant" and "Teen Mom" are two MTV original reality series' that chronicle the lives of pregnant American teenagers

The craze seemed to start back in 2007 with the lovable indie film "Juno.” The movie gave way for the TV drama series "The Secret Life of the American Teenager,” which first aired on ABC family in summer 2008. Despite its subpar script and terrible acting, "Secret Life” did actually shed light on the controversial subject of teen pregnancy in the U.S.

But now cable TV networks like MTV have taken this emerging teen pregnancy genre to a whole new level. In an effort to give a more "realistic" portrayal of what it is like to be a pregnant teenager in the United States, in 2009, MTV introduced reality TV shows like "Teen Mom” and "16 and Pregnant.” Filled with unscripted (well, that's debatable) flaming teenage emotions and screaming fights, these shows give audiences a glimpse into the daily routine of a pregnant American teenager.

It's hard to determine what these shows are actually trying to accomplish. Although these reality hits do a fairly good job in highlighting the daily struggles and obstacles a pregnant American teenager must overcome on a daily basis, American audiences can only shed so much pity on one teenage girl and her unfortunate circumstances. Pretty much every episode is as follows: a teenage girl is pregnant and must struggle with schoolwork while coping with an obnoxious, neglectful boyfriend who is also her child's father. The predictability of these shows becomes dull and the shows' valuable messages deteriorate into the shallow entertainment provided by other reality shows.

But one aspect of these reality shows that MTV does a good job of highlighting, however, is that teen pregnancy is certainly not an alluring lifestyle as some movies and other TV dramas might portray. Unlike "Secret Life,” MTV in no way glamorizes being a pregnant mom and actually highlights all of the gritty details of being a mom.

Personally, I can't say exactly how accurately "Teen Mom” and "16 and Pregnant” portray life as a pregnant teenager, but at least they are giving the scripted TV dramas a reality check. Although MTV is notorious for their over the top reality TV shows, we should be thankful that they offer a more realistic glimpse into the life of a pregnant teenager, even if those teens do not deserve the celebrity status they receive.