In Bray's first novel, "A Great and Terrible Beauty," Gemma Doyle begins her attendance at Spence, a prestigious finishing school for young women, where she uncovers a generation-old magical plot. Doyle befriends the timid Ann, the honest Pippa and the intrepid Felicity, and together they discover that decades ago Gemma's mother uncovered another world, the dangerous Realms. Soon Gemma and her friends immerse themselves in this new world, eventually destroying the Realm's source of magic, to prevent it from being abused. 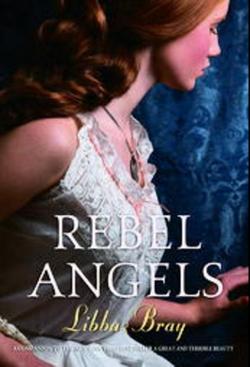 Gemma's troubles are far from finished, as she learns in Bray's sequel, "Rebel Angels." She and her friends Ann and Felicity are forced to return to the Realms, only to learn that they must restore the magic throughout the land. Unfortunately, this task is harder than previously expected, especially when it becomes apparent that one of their own is a traitor. Meanwhile, Gemma has left her boarding school to stay in London to visit her family during Christmas break. Soon, Gemma, Ann and Felicity are forced to face the lies they have been told and the evils they have created.

Sequels rarely live up to the grandeur and wonder of their predecessors. Fortunately, this stereotype could not be more inaccurate. Where "A Great and Terrible Beauty" contained flimsy, shallow and under-developed characters, the sequel's cast features well-rounded, complex and elaborate personalities. In Bray's premier, only her heroine's character developed, into that of a spoiled, bratty schoolgirl. Fortunately, Bray rescues these flat characters and transforms them into engrossing personalities.

Gemma's followers, Ann and Felicity, also gain importance in "Rebel Angels," giving the novel a more toned and completed effect. Gemma's wealthy friend Felicity changes from a spoiled brat to a complex, deep character, but she is still spoiled. Gemma's only flaw, preventing her from being an entirely enjoyable heroine, is her stereotypical fantasy background. Like all sixteen-year-old heroines in modern fantasy, she comes from mysterious parentage, is bold and spunky and has unknown powers. These few stereotypes prevent the reader from truly loving Gemma's character, an inconsequential disappointment in Bray's writing.

Although Bray is a modern writer, she captures the haughty manners and social system of Victorian England beautifully. Her flowery language and realistic descriptions of London create an aura of respectability and class, while harsh undertones reveal of London's hidden poverty. While Gemma's imagination and thoughts betray her era in their boldness and cheek, the manners and words of Brays other character's depict the 19th century.

While Bray's intricate plot keeps the reader entertained, the storyline seems to have been unnecessarily stretched. At 550 pages, the novel contains too much filler information about Victorian balls and shopping, which are exceedingly superfluous to Gemma's adventures. At times the reader wonders where Bray is going with a storyline. Dedicated fans can assume that these red herrings will return in the final novel in Bray's trilogy.

While Bray's writing style is still developing, "Rebel Angels" draws readers in with its innovative themes and evolving characters. Bray's decorous novel, if a little artificial, shines with the light of a fresh, intriguing design -- a rare concept in modern literature.