On April 11, the Maryland General Assembly ended its 2011 legislative session, which began on January 12 in Annapolis. Together, the House of Delegates and the Senate introduced over 2,000 bills. Several major bills and resolutions introduced by House and Senate members were passed into law, including the Maryland Development, Relief and Education for Alien Minors (DREAM) Act and a law which will raise the alcohol tax from six percent to nine percent. According to the Washington Post, many bills were not passed due to time constraints. However, the General Assembly will hold a special session in the fall to debate these issues further. 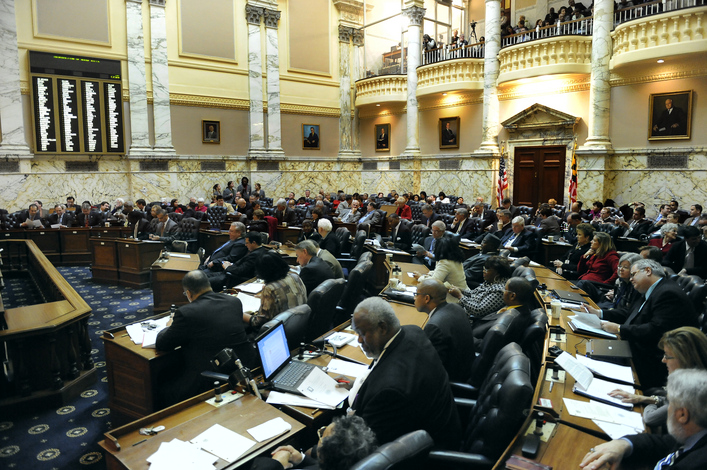 Photo: The Maryland General Assembly ended its 2011 legislative session at the end of April.

Photo: The Maryland General Assembly ended its 2011 legislative session at the end of April.

Alcohol-Increase tax
Democratic members of the Maryland General Assembly say that the alcohol tax increase will produce approximately $85 million, according to the Washington Post. The revenue will fund education and disabilities programs statewide.

Utility Companies
During this past session, the General Assembly also voted on controversial and wide-scale bills. On a 113 to 22 member vote, the Assembly passed a bill that would allow monetary penalties for Pepco and other utility companies that do not meet government standards of service. This bill was met with almost little resistance, especially after the extensive outages that have occurred around the Metropolitan region after large storms. For every day that standards are not met by the utility companies, a fine of $25,000 will be inflicted upon the companies mentioned in the bill.

Same-sex Marriage
Despite their unity concerning the utility companies bill, the House of Delegates did not pass into a law a bill that would allow for same-sex marriages in the state of Maryland. Following this, the Senate stopped a measure that would broaden anti-discriminatory protections to transgender people in Maryland.

Medical Marijuana
A bill stating that seriously ill citizens are allowed to use medical marijuana was passed on a 39 to 7 vote by the Senate. On the other hand, a bill written up for the absolute legalization of medical marijuana was not passed by either house. This means that medical marijuana will not be legalized for any person to use for treatment; only those who suffer from a severely debilitating illness are eligible to use medical marijuana under the new law. Lawmakers got rid of the bill that granted complete legalization of the treatment after the secretary of the Department of Health and Mental Hygiene said that the bill "would not have imposed sufficient limits on the number of dispensaries…and types of conditions for which marijuana could be recommended." The members of both houses called for a new bill that had more controls regarding medical marijuana. The new bill will most likely be debated in the fall.

Other bills to be considered this fall include funding for transportation and environmental bills that will help to increase usage of wind power and fix septic systems. Along with the legalization of medical marijuana, the same-sex marriage and transgender bills will also be brought back in the fall or at the following session next January by the bills' supporters.