The ACT is on the rise, but the SAT still has the majority 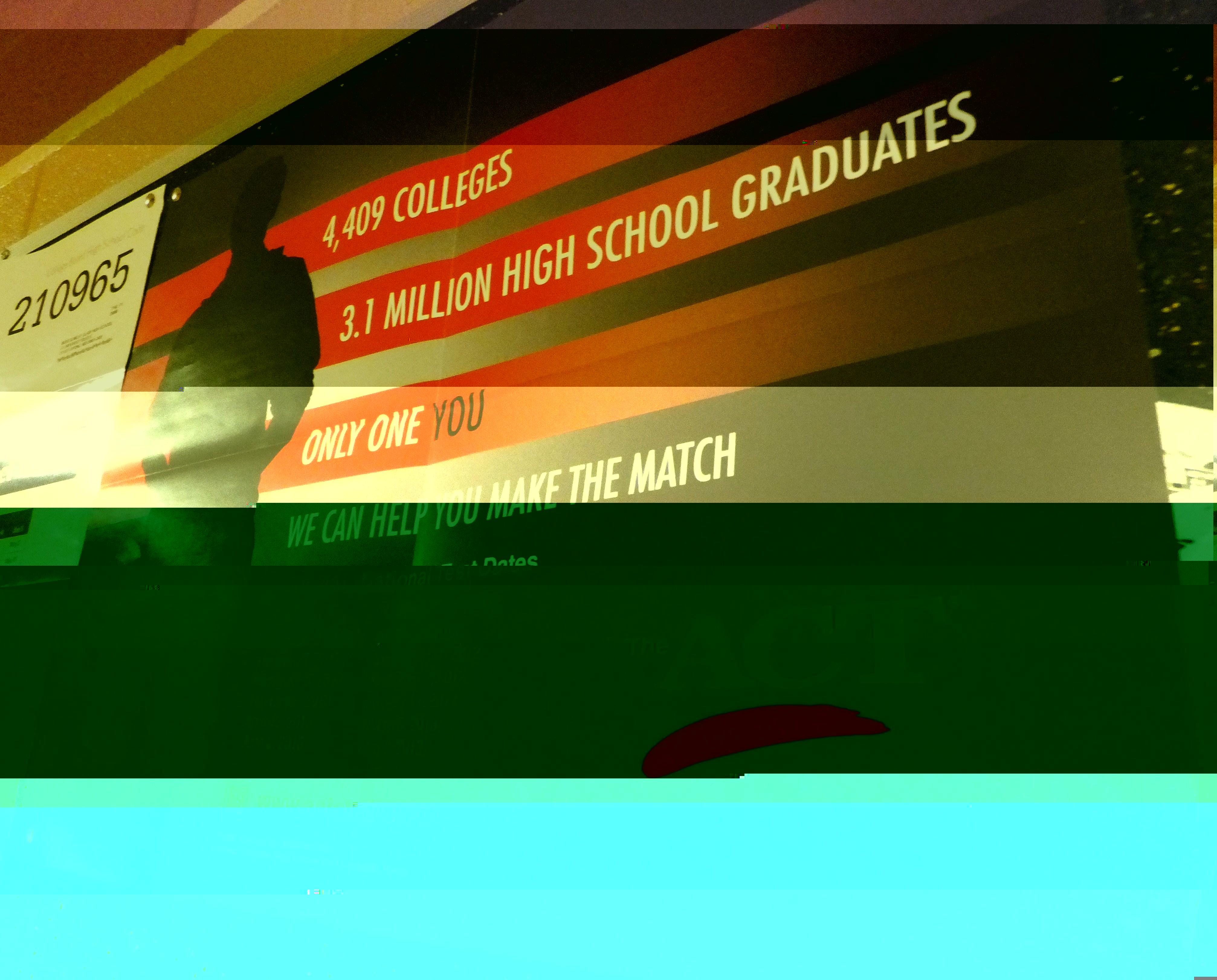 The ACT focuses on all of the subjects that a student would learn in school, including English, Math, Reading and Science, while the SAT measures literacy and writing skills. The SAT also assesses how well a student analyzes and solves problems. One notable difference between the two tests is that the ACT does not have a penalty for wrong answers like the SAT does (1/4 point).

Samantha Schweickhardt, a 2012 Blair graduate, preferred the ACT to the SAT. "The ACT is split up into four sections instead of the SAT where you have 10 little sections, in which you have to jump from subject to subject each time," Schweickhardt said. "The ACT is easier on the brain and makes the test seem to go by quicker."

Schweickhardt, who is now a freshman at the University of Maryland, also said that she preferred the ACT's writing section, in which the test-taker is not required to flip pages between looking at passages, questions and answers, which is necessary for the SAT. She felt the test was less stressful for her and ended up getting a good score on one of her weakest sections. "It's all right in front of you. Because of this, it was a lot easier and I got a great score on the writing section, which is usually my weakest," Schweickhardt added.

DeAngela Hill, the testing coordinator at Wheaton High School, believed that the ACT is easier and less stressful for the students. "The SAT has more sections and for the most part covers a more wide range of topics than the ACT," Hill mentioned. "The ACT has only four sections: Reading, English, Math and Science, plus an optional writing section. This way the students are a little less intimidated and stressed."

Blair college prep and math teacher Peter Engelmann reinforced the points brought up by Schweickhardt and Hill. "The ACT test is more straightforward while the SAT requires more reasoning…the ACT is easier to prepare for," Engelmann pointed out.