Despite religious beginnings, Christmas is now more of a cultural celebration

Christmas is not just a religious holiday anymore, as it has been accepted by nearly all Americans, regardless of religion. While the holiday still holds religious significance, it is undeniable that the Christmas season has become a part of American culture that largely leaves out the actual religious aspect of the holiday.

In 2013, the Pew Research Center predictably found that 96 percent of all U.S. Christians celebrate Christmas. But what they also found was that a whopping 81 percent of non-Christians also celebrate the holiday, which points to its almost universal acceptance in American culture. Specifically, the survey found that roughly three-quarters of Asian-American Buddhists (76%) and Hindus (73%) celebrate Christmas. In addition, a recent survey of U.S. Jews found that about a third (32%) had a Christmas tree in their home last year.

"Non-Christians" in this survey are a fairly diverse group, as it also includes all those who are religiously unaffiliated, like atheists and agnostics. Of the religiously unaffiliated, Pew Research found that 87 percent celebrate Christmas. This means that the majority of these non-Christian people have a Christmas tree and partake in many other Christmas traditions such as family gatherings and gift exchanges; much like everyone else, but don't attend Christmas services or celebrate any religious aspect of the holiday. 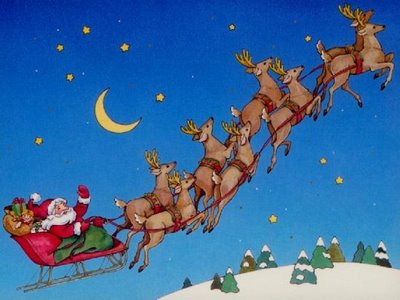 Photo: Many aspects of modern Christmas, such as Santa and his reindeer, have no religious foundation.

Many aspects of modern Christmas, such as Santa and his reindeer, have no religious foundation. Photo courtesy of South Metro Santa.

In fact, Telegram.com wrote that only about half of celebrators attend services on Christmas Day or Eve, choosing instead to partake in more cultural celebrations such as gathering with friends and family, watching Christmas movies or Christmas caroling.

Another story by Christianity Today said that the "real" Christian holiday begins on Christmas day and ends on the Epiphany, which falls on January 6. Those days are celebrated by some as the twelve days of Christmas. During the twelve days, there are three major feasts that reflect the mystery of the Incarnation in different ways. The first feast, on December 26, is the feast of St. Stephen—a traditional day for giving leftovers to the poor. The second, dedicated to St. John the Evangelist, is celebrated on December 27, and, on December 28, Christians celebrate the feast of the Holy Innocents. The celebrations end on Epiphany. The "Twelfth Night" is known as the ultimate celebration of Christmas madness.

Unfortunately, by the time the real twelve days of Christmas are upon them, most people are already done celebrating the holiday, as the Christmas season will have been going on for weeks at that point. These traditional feasts and celebrations go unnoticed and unfollowed by most as the Christmas spirit gives way to excitement for the coming New Year. 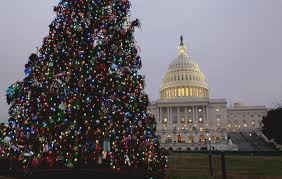 Photo: Religion is fading from Christmas in the U.S., but the cultural traditions persevere.

Religion is fading from Christmas in the U.S., but the cultural traditions persevere. Photo courtesy of Al Jazeera Media Network.

In American culture, this "Christmas Season" begins in November, usually right after Thanksgiving, and builds meticulously with a slew of ads, movies and frantic gift buying up until Christmas day and then ends abruptly, excluding the twelve days of the religious holiday from celebration. Over time, Christians everywhere, as well as non-Christians, have embraced this secular version of the holiday that is without a doubt more cultural than religious.

All of the little aspects of Christmas that Americans have come to know and love, such as the Elf on the Shelf, leaving goodies in stockings, Santa's workshop and even Santa Claus himself, have very little, if anything, to do with the religious story of Christmas. They were all products of the immense commercialization and culturalization of Christmas.

Today, while some devout Christians may still go to church for Christmas services and honor the twelve days of Christmas, the majority of Americans have turned to the Americanized version of the holiday. While the Christmas season undoubtedly has religious aspects, it has become more of a cultural holiday for anyone to partake in rather than a special observance for only those of the Christian faith.