Remember when that happened?

As the last days of senior year draw to a close, seniors reminisce on the most memorable moments of their high school career. Some of the moments are great, involving friends and doing what they love, while others are sad and outlandish. 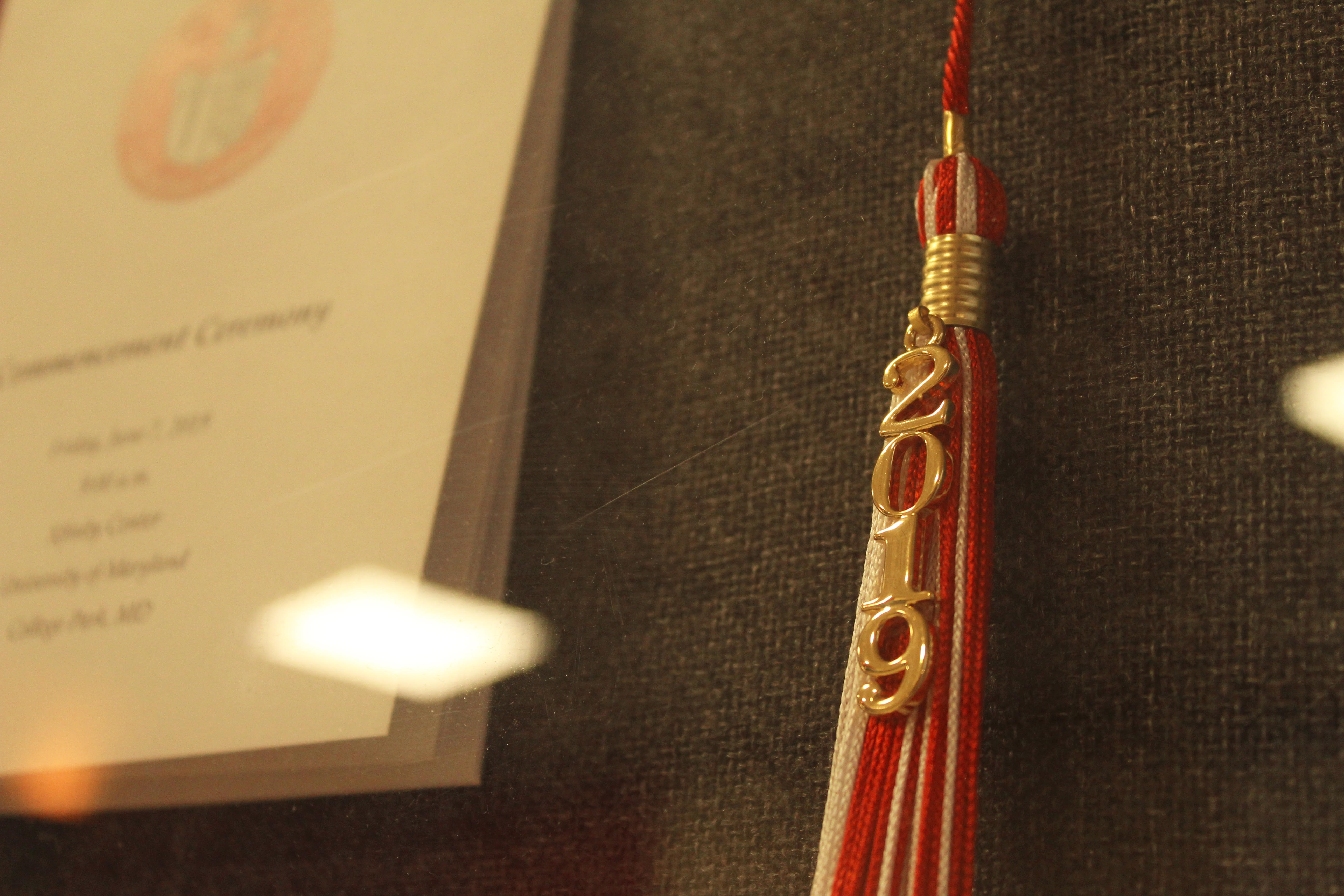 Photo: A display case at Blair depicts a tassel honoring the graduating seniors

"Let me set the stage for you: it's about 10:30 in the morning when nature calls, and I make my way to the bathroom. I walk in and a girl was washing her hair in the sink. As in fully washing it with shampoo, conditioner and everything."

Jonathan Andersen, 12: Behind the scenes at 2017's musical The Wiz

"Me and my friend Avery were sitting on top of this piece of scaffolding painting the back walls for the musical, and we started to heckle the actors. Eventually Brandon Crabtree, the adult supervisor of stage crew, walked up to us and he called us the two old guys from the muppets, Statler and Waldorf. It was so funny and we spent the next hour just messing around like that."

Jordan Bondo, 12: Picture taking at the 2018 March For Our Lives walkout

"There are so many protests that happen at this school, which is good because I always have my camera ready. I got a picture of a motorcycle accident involving a police officer who was escorting Blair students down to the metro. [My picture] got a good review from Salisbury University in my college application and they accepted me."

"I joined marching band my sophomore year and it was the best decision that I made in my entire life. I made so many friends just through marching band. Although as a musician the music part of being in marching band is really great, the community is my favorite part. When you are a part of the general population you don't feel like a community, although when you are in marching band it's a group that you can connect with."

Makenna Beam, 12: Directing the theater production of One Acts

"Directing this show allowed me to learn more about theater and directing. I was really involved in the process of putting on a whole show. I especially loved meeting a bunch of new people who I haven't previously worked with."

"The teachers were all running around frenzied and freaking out. It got very scared really quickly, and for some reason I was panicking. So while we were all sitting there whispering about what were we going to do and trying not to panic too much, we heard this bang and I remember everyone running as fast as they could. I ran too and then glanced back and saw my friend still sitting back in the field without me. I ran back to get them and they told me not to freak out because a tire blew on the highway. That bang was the scariest moment of my life."

Nathalia Martinez, 12: Becoming the ambassador and the lead student for the STEM academy

"I gave a lot of speeches at the District County Conference and I was able to talk to a variety of students and teachers about STEM and give them more information. The official title is the STEM academy lead student but I always liked to call myself the president."

"It was my sophomore year and my second invitational. We were all huddled together and as they announced that Montgomery Blair High school had placed second in our Division 3 it felt great. We all jumped up and hugged, it was amazing. We worked really hard and did a 6 minute dance, which is the longest dance that we've ever done, by placing it makes all of our hard work seem worthwhile."

"The judges complimented me, saying that it was a well thought out idea and would hire me instantly. The judges were professional business helpers who came to judge everyone's business proposals in the class. What they said was a really great ego boost and it emphasized how I want to go into business as a career."

Isabella DeClue, 12: A trip to the Baltimore Aquarium for Marine Biology class

"We spent the whole day at the aquarium and it was a lot of fun.I remember most vividly about how the sea turtle didn't have one of its legs, because it lost it a while ago, but it was still really cute."

With their high school careers coming to an end, these are the kind of memories that the graduating seniors will hold onto as they continue with the rest of their life. Although not all of them were positive memories, they hold true to the Blazer experience. Farewell and good luck on all future endeavors to the Blair class of 2019.