Remembering 9/11 around the area

Events to celebrate, serve and reflect on the 9/11 terrorist attacks 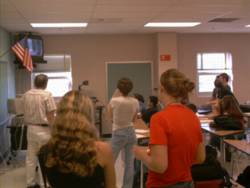 Photo: On September 11, 2001 George Vlasits' third period AP US History class watched on television as terrorist attacks destroyed both towers of the World Trade Center in New York City and damaged the Pentagon in Arlington, Virginia.

Photo: On September 11, 2001 George Vlasits' third period AP US History class watched on television as terrorist attacks destroyed both towers of the World Trade Center in New York City and damaged the Pentagon in Arlington, Virginia.

This Sunday, September 11, marks the 10 year anniversary of the devastating terrorist attacks on the World Trade Center in New York City and the Pentagon in Washington, D.C. These attacks were also followed by a failed attack directed at the White House, in which a plane crashed in a Pennsylvanian field. As Americans look back on that horrific day in American history, we all reflect on how far we have come as a nation, remember those who lost their lives and participate in service activities to give back and show thanks to our soldiers and other servicemen. This guide to 9/11 events within Silver Spring and the greater Metro area offers opportunities for everyone to reflect on the 10-year-old tragedy.

National Day of Service
Sept. 10-11
Woodlawn Cemetery is recruiting thousands of volunteers to serve at more than 50 nonprofit organizations as a part of the organization's "United We Serve” effort. The volunteer associations of Woodlawn Cemetery will work to restore the cemetery, preserve historic records and cut through unwanted brushes and weeds. Participants will clean parks, revitalize playgrounds, sort food for the hungry and erect a flagpole atop of the hill. Registration opportunities are available online.

Photo: The Washington National Cathedral Commemoration events will conclude following a production of the "Concert For Hope."

Photo: The Washington National Cathedral Commemoration events will conclude following a production of the "Concert For Hope."

Washington National Cathedral Commemoration for the 10th Anniversary of 9/11
Sept. 9-11
The Washington National Cathedral invites Americans to honor the deceased, heal the wounded through prayer and come together as a nation to show solidarity. The three day celebration will conclude on September 11, when the Cathedral's funeral bell will sound at each moment that the airplanes struck the North and South Towers of the World Trade Center and hit the Pentagon. President Barack Obama is the keynote speaker for the culminating evening event. Performances by soprano Denyce Graves, country star Alan Jackson and R&B legend Patti LaBelle can be heard at the evening's "Concert For Hope” as well.
To see a full list of the Washington National Cathedral's weekend events, click here.

September 11: Remembrance and Reflection
Sept. 10-11, 11 a.m. to 3 p.m.
This weekend, an exhibit at the Smithsonian American History Museum will provide visitors with a close-up view of more than 50 objects compiled from the three crash sites. The exhibit will also include recent acquisitions from the Transportation Security Administration (TSA) that are related to how American lives have changed since 9/11. The exhibit can be seen on the third floor of the Smithsonian's Hall of Musical Instruments.

A Concert of Remembrance and Hope for the 10th Anniversary of 9/11
Sept. 11, 4 p.m.
Choralis, a non-profit choral organization, has commissioned a new piece by Washington area composer Gary Davison. Their concert at the National Presbyterian Church will acknowledge the innocent victims of the attacks, as well as the continuing struggles and sacrifices that the country has made as a result of the disaster. The concert will feature performances by Davison's Shadow Tides, Samuel Barber's Adagio for Strings, the Dona Nobis Pacem from Bach's Mass in B Minor and "Taps,” played by Woodrow English. 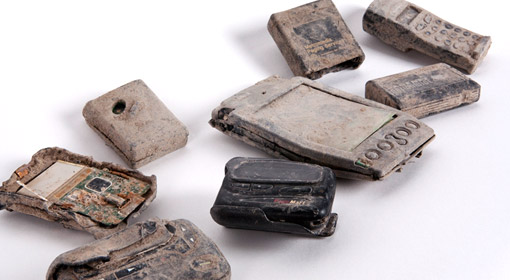 Photo: These cellphones and pagers were recovered from the debris of the World Trade Center and can be seen at the Newseum's new FBI exhibit all weekend.

Photo: These cellphones and pagers were recovered from the debris of the World Trade Center and can be seen at the Newseum's new FBI exhibit all weekend.

Newseum
Sept. 10-11
D.C.'s renowned Newseum will reveal a new division of its Federal Bureau of Investigation (FBI) exhibit that will focus on the FBI's role in fighting terrorism before and after September 11. The exhibit will focus on the first World Trade Center bombing in 1993 and all of the information compiled from then to now. Aside from the new exhibit, 60 new artifacts will be displayed, some of which include engine parts and landing gear from the planes that crashed into the World Trade Center. Admission is free.

Washington Nationals 9/11 Remembrance Day
Sept. 11
This Sunday, the Washington Nationals will host the Houston Astros at Nationals Park. Before the start of their midday game, the Nationals will observe a special on-field ceremony to pay tribute to all those affected by the 9/11 attacks. During the game, the team will wear its "Stars and Stripes” uniforms. Those in attendance will observe a moment of silence, and the singing of "God Bless America” will accompany a tribute video during the seventh inning stretch. Michelle Obama will also be featured in a public service announcement promoting volunteer work and community service. Some of the proceeds from ticket purchases will be given to the Pentagon Memorial Fund. 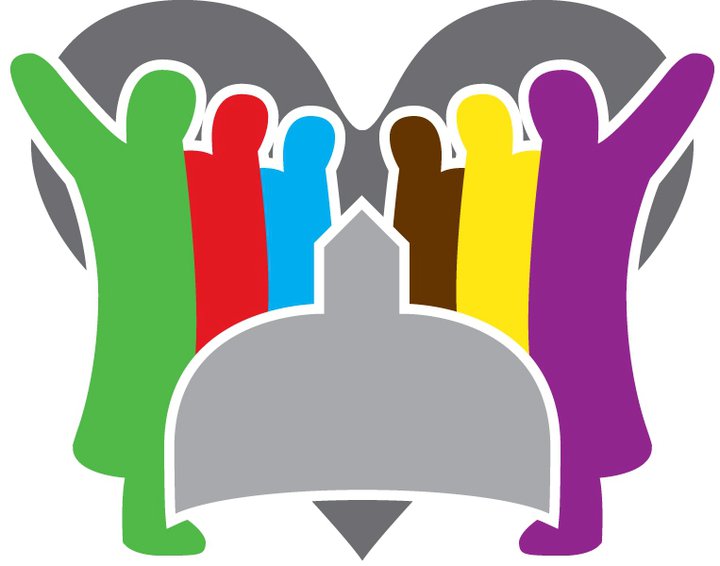 9/11 Unity Walk
Sept. 11 from 1:30 p.m. to 5:30 p.m.
The annual march, starting at the Washington Hebrew Congregation, commemorates the 10 year anniversary with their new theme, "From different walks, we serve as one.” The event plans to promote unity among all beliefs, races, backgrounds and faiths. It will focus on bringing people together through leadership, education and service with several guest speakers and the involvement of local religious congregations.