Teenagers from India share their experiences in their homeland and America: 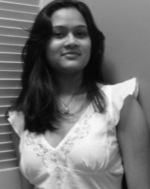 I came to America from New Delhi three years ago, to visit my uncle. Then he suggested that I finish school here, so I stayed.
I will be going back to India to attend medical school.
I found that here I have a lot of free time, because the work load is much lighter. In India I attended a boarding school, and I would always be busy with school activities.

I believe teenagers in India and America are very similar. They listen to the same music, watch the same movies, even their styles are similar, but teenagers in India mostly have a preppy style rather than ghetto or another type. And most of the time the rich can afford to dress themselves in pretty clothes, and as a result the rich are mostly preppy. In addition, because the rich are able to afford a better education, they also speak English much better.

I think if I had a choice to live either here or there, I would pick to live in India. There, I feel like people don't judge me as much and there is more diversity. It seems like at Blair students are really separated - the magnets only hang out with the magnets, Indian people have their own Indian group and so on. 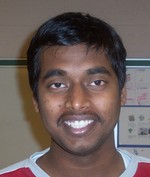 I came to America six years ago, because my dad got a job here. I came from South India, Hyderabad. What I miss the most in India is cricket. I used to play cricket in India and watch the World Championship cricket games every four years.

In my opinion, the school in America is much easier than the school in India. Here you have to just know the basic material. But in India you need to know every little fact. Also, the education in India puts more emphasis on Social Studies, Science and Math. You have a very limited list of art classes, unlike here, and you do not get to choose what classes to take.

Another thing that is very different between the two countries is dating. There is only a very small amount of people that date in India - close to none. 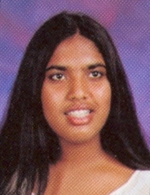 I came to America when I was two years old, because my family wanted me to get a better education. Originally, I am from South India, Andrah. I really miss my family in India. Another thing I miss is my aunt's cooking - we would eat chapati and honey and it was just so good. Another thing I miss is the beach and the delicious corn that they would sell on the beach, complete with limejuice and chili. It was great.

Teenagers in India and America are alike in some things, such as dress and taste of music. Also, Indian music is also influenced by the American culture - sometimes when you listen to songs, English words pop out in random places. It is pretty funny.

What probably sets the Indian students apart from the American students the most is their high level of respect for their elders. For example, if you pass by a lady you do not know, you have to greet them by calling them "auntie."

Location: India is located in Southern Asia and borders the Arabian Sea, the Bay of Bengal as well as the Laccadive Sea. It also shares borders with China, Pakistan, Bangladesh, Nepal and Burma. 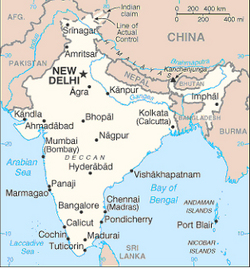 India's most ancient civilization was discovered in the mid - 1800's by British engineers, who were busy constructing a railway line between Karachi and Punjab. The engineers found ancient kiln-baked bricks along the path of the track. Soon afterward, two cities, Harappa on the Ravi River, and Mohenjodaro on the Indus were discovered. Over time, the Ancient Indian civilization extended half a million square miles across the Indus river valley and outlasted Egypt and Sumer civilizations.

India was first invaded by the Aryans in 1500 BC, who had much influence on the country with their culture. The next to invade India were Persian kings Cyrus and Darius. The Persians were then conquered by Alexander the Great.

Buddhism was introduced in India by Siddhartha Gautama in the 5th century CE and quickly spread to much of central Asia. However, Buddhism was surpassed by Islam, in 192 CE under Mohammed of Ghor. Muslims ended up conquering the most powerful Hindu kingdoms along the Ganges.

Then in 1769, the East India Company gained control of all European trade in India, through a combination of combat and delft alliances with local princes. Thus, England, thousands of miles away, came to administer a huge territory of 300 million people.

In 1858, a rumor spread among Hindu soldiers that the British were greasing their bullets with the fat of cows and pigs - the sacred animals to Hindus. A rebellion against the British ensued. It prompted the British government to seize total control of all British interests in India in 1858, which as a result lead to an establishment of a seamless imperialism.

In 1915, Mohandas Karamchand Gandhi came onto the scene, calling for unity between the two groups in an astonishing display of leadership that would eventually lead the country to independence.

To read more about India's history, check out this site

Language: Hindi is the national language, but spoken by only 30% of the population; the primary language is English; there are 14 other official languages: Bengali, Telugu, Marathi, Tamil, Urdu, Gujarati, Malayalam, Kannada, Oriya, Punjabi, Assamese, Kashmiri, Sindhi, and Sanskrit.

Anthem: You can listen to the National Anthemand read the Indian version of it as well as the English rendition. 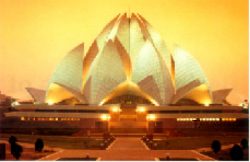 Delhi - Delhi has been the capital of Muslim India between the mid - 17th centuries till the 19th century. The city is full of monuments and museums. In contrast, New Delhi, the imperial city created by the British Raj, is composed of spacious, tree-lined avenues and imposing government buildings. While in Delhi, one can visit the National Museum of India, which holds 20000 works of art from India and other cultures, with more than 5000 years of cultural customs. 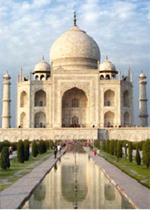 Agra - founded in 1745, Agra is one of the most famous tourist attractions. It is the home of one of the Seven Wonders of the World - the Taj Mahal, a mausoleum constructed by Shah Jahan in memory of his wife, and has become the emblem of India. 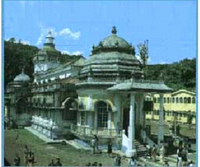 Goa - although it is the smallest state in India, it endorses many tourists spots, with its eight beaches and Panjim, the state capital of Goa, which holds narrow streets, small cafes, old stone buildings that date back to the 16th and 17th centuries. 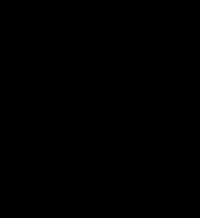 Jaipur - is known as the "pink city" because of its many pink buildings and city walls. The color pink is associated with hospitality. The landmark of the city is Iswari Minar Swarga Sul, a minaret overlooking the Palace of Winds, the pink city walls. 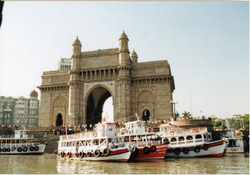 Mumbai (also known as Bombay) - the city is famous for its silk. The Maharaja's Indo-Saracenic Palace is the town's major attraction, with its kaleidoscope of stained glass, ornate furnishings and carved mahogany ceilings.

For more greetings visit this site