Live vicariously through these celeb Twitters

Let's face it: Facebook is dying and, slowly but surely, Twitter is becoming its replacement. The thing about Twitter is that users can follow their favorite celebrites, or really anyone who is entertaining, in real time. Whether it's @KanyeWest or @VINNYGUADAGNINO, a lot of celebrities these days are giving us something to do by allowing us to enter their minds, souls, and... profiles. 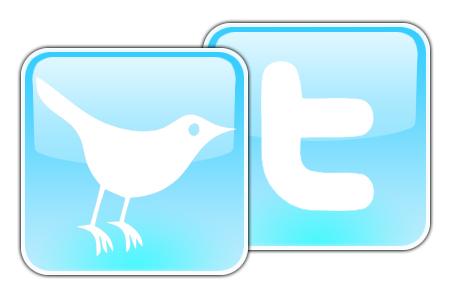 The SCO social networking experts have declared that Facebook is no longer the best way to follow your favorite celebs, now that Twitter has taken over. Therefore, we've compiled a list of celebs that need to be on your radar.

@KevinHart4Real
Kevin Hart is undoubtedly one of the funniest comedians on Twitter. In one of his recent tweets, he stated, "Note To self, Woman Basketball Players make me look like a small chimp when I take pictures with them..." If you want a good laugh, make sure to hit the "Follow" button on his page.

@LadyGaga
She's a little disturbing to watch on television, but with 18,440,654 followers, she must be interesting to read. Follow Lady Gaga (or Mother Monster, as she calls herself in her bio) to read about everything from her hair dye to her latest meal. After all, Gaga can only wear eight inch heels for so long before she has to put her feet up and mindlessly browse the Internet.

@kanyewest
Although Kanye West is talented, we can all admit the man has some oddities, and there is no better way to observe them than to read the stream of consciousness that is his Twitter. The rapper expresses his thoughts on a range of topics, from the Grammy's to education. He produces gems such as, "I specifically ordered persian rugs with cherub imagery!!! What do I have to do to get a simple persian rug with cherub imagery uuuuugh." It's sometimes hard to tell whether or not he's joking, but it doesn't really matter. The important thing is that thanks to Twitter, we can gain insight into West's weird thoughts.

@ConanObrien
Sometimes following a celebrity isn't just about being a fan, it's because what they write is comic gold. Comedians, for example, always have hilarious tweets because if they didn't – well, it would be embarrassing. You may not watch O'Brien's show, but his tweets induce actual laughing out loud. Need proof? "When I really need a good laugh, I just imagine Edward Scissorhands attempting to eat crab legs." Or how about, "Tis the season where we get to use the word 'tis'." Sometimes, the best tweets just come from those whose job it is to write jokes.