Reuse is the new recycle

Don't be fooled. The plastic bottle you recycled this morning is sitting in the dumpster

"Reuse, Reduce, Recycle"— the mantra of our elementary school days. The focus used to be on recycling. For decades, the goal was to introduce recycling bins to every state, city and organization, and develop a habit of recycling among Americans. While we've made leaping strides, recycling is no longer a solution. Instead of sitting slack-jawed and helpless, it's time to get active with reusables.

In July, China revised its national solid-waste management law, which intends to ban imported solid waste by the end of 2020. China previously sorted through the United States' contaminated mass using low-cost intensive labor. After finding out roughly 25 percent of America's collected recyclables are contaminated, Chinese officials banned recyclable items, such as mixed paper and plastics in 2018. The task then rested in the hands of American recycling companies, who were reluctant to employ workers when it was far cheaper to buy new plastics and paper.

Hundreds of cities and states have shut down their recycling systems, sending this new source of waste to landfills or incinerators instead. While Franklin, NH was once able to break even by selling their recyclables for $6 a ton, the high cost of transfer stations forced the city to end the program. Broadway, VA also suspended its program after recycling prices increased by 63 percent.

These cities are struggling to make a decision: pay higher rates or poison the planet? Many officials feel guilty of slowly spoiling the environment, but the issue is beyond their control. “We are doing our best to be environmentally responsible, but we can’t afford it,” Franklin city manager Judie Milner says.

Montgomery County is finding it tough to recycle, too. "Fees have increased significantly in the last year," says John Meyer, recycling manager of the MCPS School Energy and Recycling Team (SERT). "[They] are continuing to rise due to the ban."

However, Meyer and the SERT team are determined to face the trouble head on. "A large amount of cities and counties have reduced or eliminated recycling. As long as the country mandates recycling, MCPS will continue to recycle at its highest standard," Meyer says.

Despite the county's optimistic attitude, few options will remain when China sees the 2020 imported waste ban through. Let's review the facts. Landfills are filling up faster than ever with the new inflow of items that were once recycled. While the incarceration of plastic waste products creates energy, it also emits carbon and releases even more mercury and lead than coal plants.

A solution that many are hopeful for is changing the way Americans recycle and eventually reentering the global market for recyclables— meaning no more impostors such as soy-sauce packets, granola bar wrappers and pizza boxes. However, eliminating contaminated recyclables nationwide is implausible, considering there is one contaminated recyclable item for every three clean items. Recycling is a temporary solution reaching the end of its run. It's time to turn our attention to the other two R's, reusing and reducing.

The ultimate solution to plastic pollution and the recycling dilemma is to eliminate dependence on single-use plastics. By investing in substitutes such as reusable straws and bags, we inherently reduce the amount of single-use plastics that are produced.

Why reuse? The effects of plastic pollution are twofold.

Marine plastic pollution is, without a doubt, a detriment to our underwater ecosystems. You've seen the photos— turtles with plastic straws in their bloody noses and fish choked by six pack containers. According to the Center for Biological Diversity, thousands of animals are choked, cut and poisoned by the plastic debris every year. At current growth rates, plastic is expected to outweigh all of the fish in the sea by 2050. 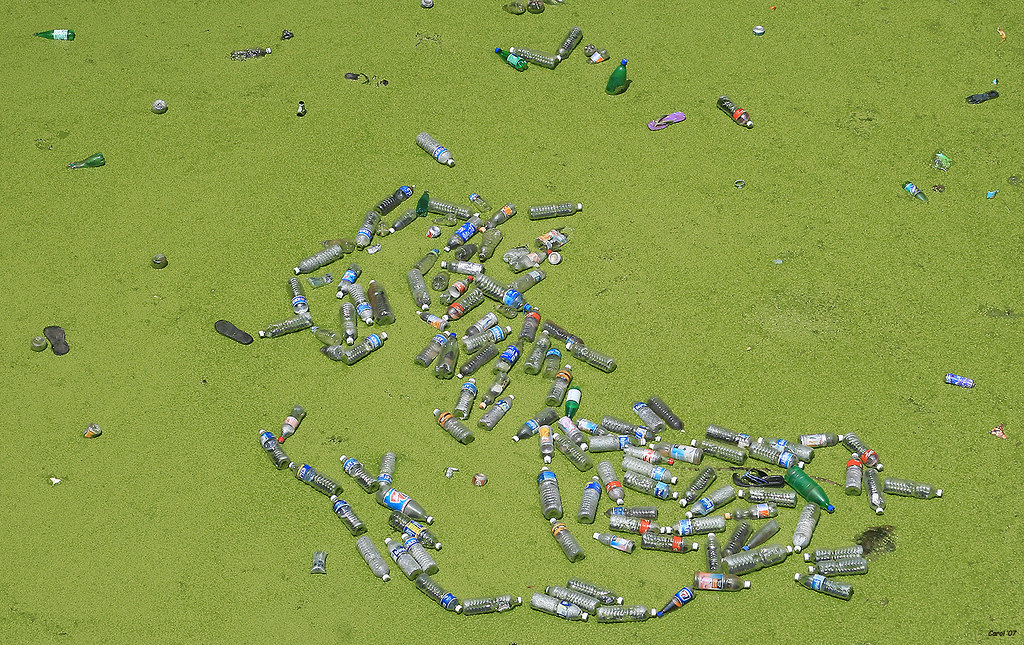 Moreover, the plastics that are ingested by unsuspecting sea animals in the ocean are the same plastics hiding on dinner plates. Plastic toxins such as lead, cadmium and mercury work their way up the food chain and affect humans as well. 50 years ago, an outbreak in Japan's Minamata Bay killed 1,784 people by mercury poisoning. An entire population suffered from memory loss, impaired cognition, physical disability and eventually death.

According to Ocean Conservancy, eight million metric tons of plastics enter the ocean every single year on top of the estimated 150 million metric tons that already circulate our marine environments. While organizations such as Ocean Conservancy and the Surfrider Foundation push for international beach cleanups to relieve our environment, it is everyone's responsibility to limit the amount of plastic entering the ocean in the present and the future.

How can you reuse and eliminate single-use plastics? Common steps that many have already taken include investing in reusable water bottles and grocery bags. Replace plastic straws with metal or silicone reusable straws and plastic food wrap with reusable containers. Instead of accumulating another cup each time you buy coffee, bring your own cup instead. The possibilities are endless, and individuals and organizations are constantly brainstorming new ways to cut down on our current plastic dependence.

Opponents of sustainable practices rationalize the use single use plastics with their convenience and affordability. However, neither stand up to the test in the long term. One stainless steel water bottle, given the usual care and conditions, will last a decade of consistent usage. On the other hand, buying a 24-count pack of Deer Park plastic bottles for $4.63 may seem cheap at the time of purchase, but the cost accumulates quickly at $266.45 per year at a rate of four bottles per day. In terms of convenience, nothing seems more convenient than lugging at least 26.5 pounds of water to your house every week, does it?

By boycotting the market for single-use plastics, our actions communicate our wants and needs. As soon as the market for these plastics disappears, so will the corporations that produce them. As companies work toward greater corporate citizenship, it is our responsibility to change the nature of consumerism in ways that benefit the environment.

Many have coined the movement toward limiting single-use plastics with additions to the original adage, such as "Reduce, Reuse, Recycle, Repair, Refuse." Regardless of the name, the basic principle remains the same: transitioning to sustainable practices is the only sustainable fix for saving our planet.