Under brutal winter conditions, the Richard Montgomery Rockets (1-0) beat Blair's boys' lacrosse team (0-1) 13-4 in the first game of the season. The Rockets pushed early on in the game and continued to apply steady pressure and exploit weaknesses in the Blazers defense to come out on top. 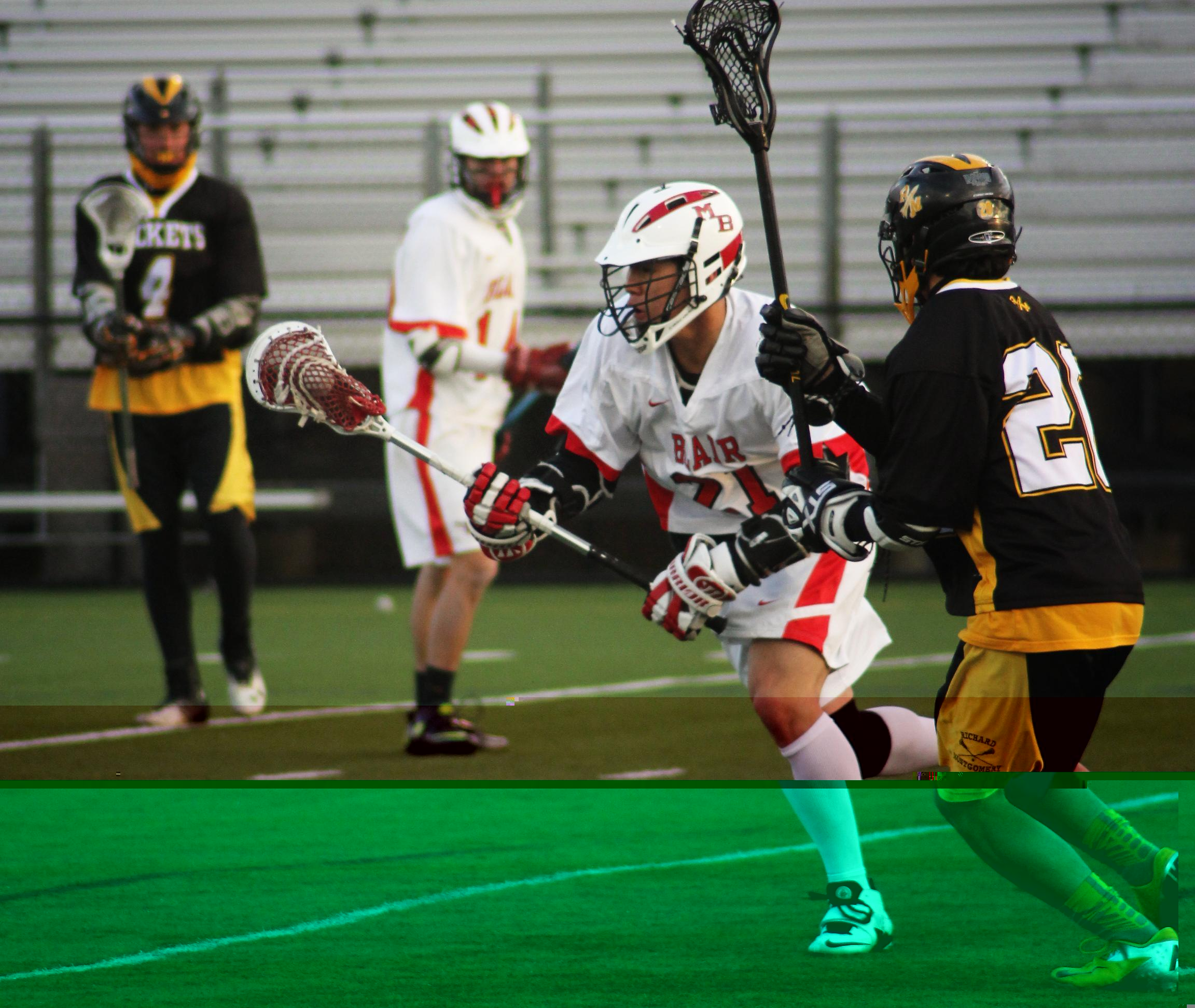 Photo: Senior Justin Kung attempts to keep the ball away from Richard Montgomery.

Photo: Senior Justin Kung attempts to keep the ball away from Richard Montgomery.

As the game opened, the Rockets pressured the defense into making mistakes that cost them three goals by the end of the first quarter. This pressure was so consistent that they held off the Blazers for nearly 30 minutes of playing time before junior Nate Goodin scored, assisted by senior Justin Kung, bringing the score to 6-1. This goal was followed 15 minutes later by a trio of goals by junior Nick Porter, sophomore Max Scribner and senior Trevor Gibson. With just three minutes left in the game, the Rockets pushed back and scored another three goals despite the Blair's best efforts.

The boys got off to a slow start that they weren't able to recover from. "We have to take control of the tempo in the game, you could see our lack of intensity," said senior, captain Joshua Blockstein. The Blazers were able to harness some of this intensity in the fourth quarter with a quick three goals, but it wasn't enough to counteract the Rockets' aggressive play throughout the game.

This new, young Blair team performed below their expectations today, with some issues in their game. Unity is one aspect of the team that coach Chris Brown is stressing. "We really need to come together as a team," he said. "We were playing some extremely selfish lacrosse today." 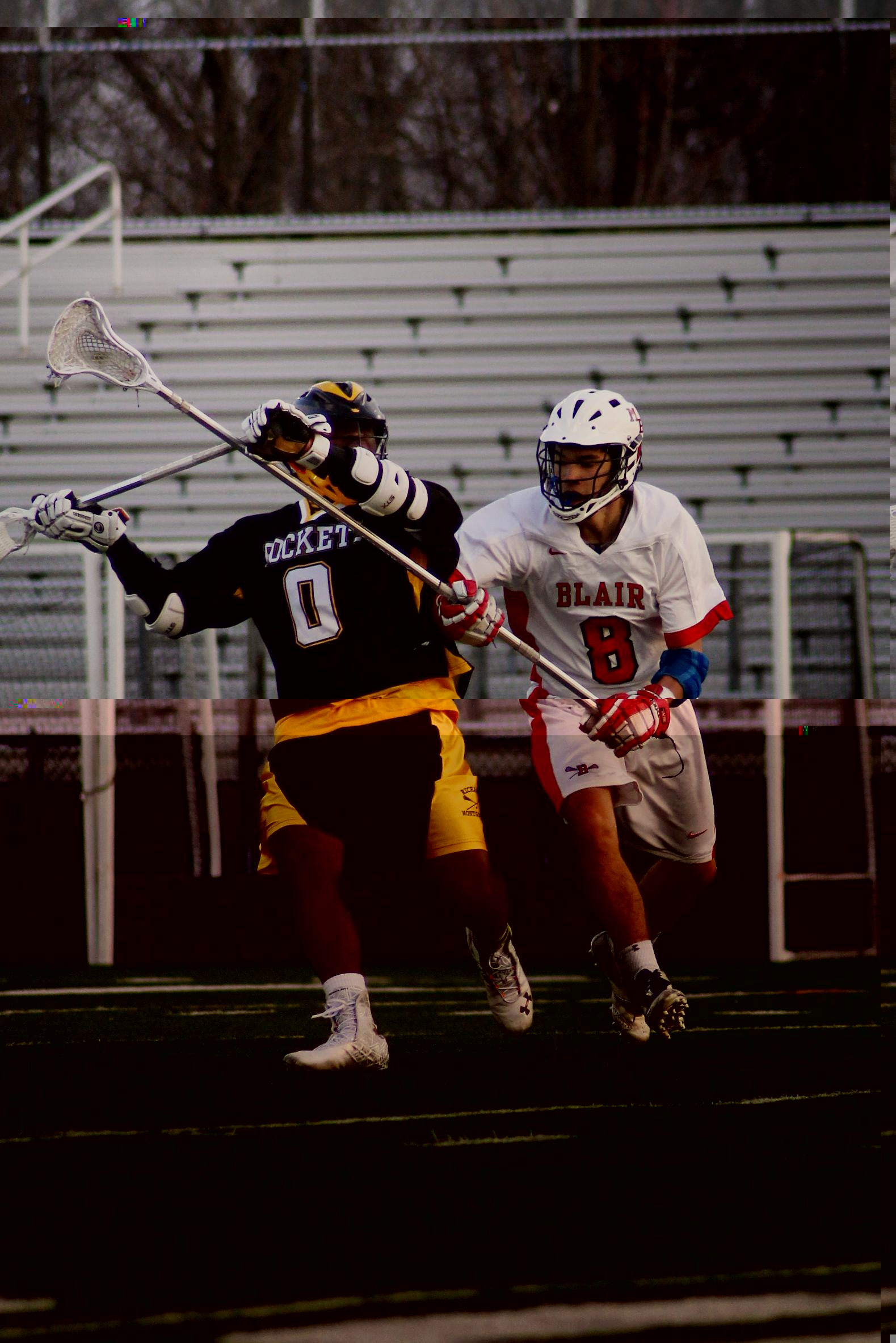 The upcoming game on Saturday will be a real test of what the team is capable of. "I can say that we definitely won't play that way again, but we've got to move forward as one team," Brown said. Blockstein echoes the idea of unity particularly when it comes towards defensive strategy. "If we wait to play defensive, then we're going to get beaten," Blockstein said.

The team will continue to train, moving forward in the season. Despite this disappointing season opener, the team looks forward to the rest of the season. "We just have to move on, live to fight another day," said Goodin.