Top 7 moments of the series 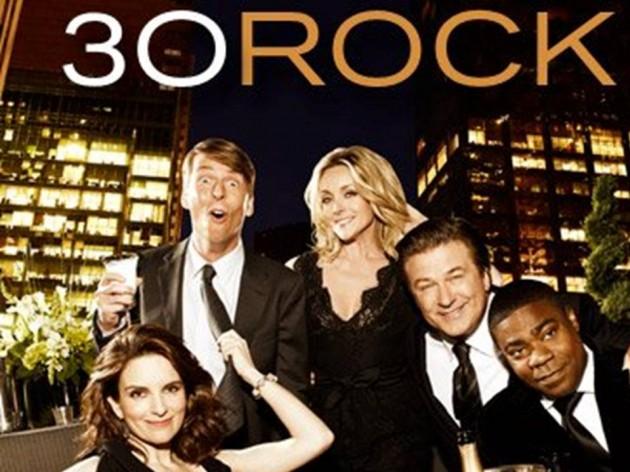 Photo: After seven seasons, "30 Rock" is finally coming to a close.

Photo: After seven seasons, "30 Rock" is finally coming to a close.

There should be a word for the empty feeling you get when a TV series ends, especially after you've invested years of your life into it. I mean, you watch these characters as their lives unfold for almost a decade – and then, all of a sudden, it's over, and you don't get to laugh at their crazy shenanigans anymore.

Of course, the "30 Rock" series finale will not be a tearjerker because emotions are disgusting, and Tina Fey understands that, but it will still be sad to see one of the funniest and weirdest shows on TV end.

Instead of getting all mushy gushy about how great the show is and how Tina Fey might actually be a Greek goddess, here is a list of the top seven moments (one per season) at 30 Rockefeller Center.

In one of his first and finest moments, Jack Donaghy (Alec Baldwin) explains his reasoning for wearing a tuxedo, despite the fact that his fancy event will not take place for months. If there is anything you need to know about Jack, it can be found in this clip; he is all at once condescending, sassy and dapper.

Oh, sweet Kenneth, how I love your backwards and weirdly puritanical beliefs. When TGS (the fictional show within "30 Rock") got a cappuccino maker, Kenneth (Jack McBrayer) at first refuses to drink from it because hot liquids are "the devil's temperature." If there were one clip to sum up Kenneth Parcell, it would be this one:

When Liz Lemon (Tina Fey) gets summoned for jury duty, she expects to get out of it by acting and looking like a weirdo (in this instance, a princess Leia costume and a Playgirl magazine complete with a hilarious voice). However, the judge still allows her on the jury because virtually everyone in New York City is a weirdo as well. It's one of the show's great testimonies to the madness of New York.

Runner up: Liz just being herself wearing a Snuggie, eating some cheese, and singing about it:

Liz writes a book about what characteristics in a guy are "deal breakers," earning her a deal for her own talk show. However, the drama of showbiz gets to her and she ends up with a horribly crooked haircut and tears coming out of her mouth due to the off-brand "Lasig" eye surgery. The talk show was cancelled but this clip will live on for eternity.

Tracy Jordan's (Tracy Morgan) wife, Angie (Sherri Shepard), decides that she wants her own reality show a-la "Real Housewives" (or really any Bravo reality show). She gets together a crew of all the amazing train wrecks she calls friends including a hairdresser named D'fwan (with a brand of wine called D'fwine) accompanied by a boatload of sassy catchphrases. "Queen of Jordan" took up two whole episodes of "30 Rock" but this little introduction clip is all you'll need to understand.

"30 Rock's" second live-broadcast show was a tribute to every generation of live television as the cast tries to save TGS' live show. This particular flashback shows a TV show called "Alfie and Abner," which mocked old racist TV shows like "Amos 'n' Andy." With Tracy Morgan as an articulate black man and Jon Hamm as an offensive stereotype, this segment is the perfect blend of criticizing past and present TV while still being hilarious.

And so we have reached the final season, and what better way to end than with one of Liz Lemon's classic eye rolls? Unlike the others, this one is the mother of all eye rolls that Liz uses to express her disdain for the hype over traditional weddings. This eye roll is something many of us feel most of the time, and Fey pulls it off so well. It's cynical Liz, spinster Liz and feminist Liz all wrapped in to one, which is everything we love about her.

I know, I know; these clips won't fill the empty void within ourselves after the series departs, but as Celine Dion once sang, "I believe that the heart will go on." Now don't just sit here, there are seven seasons waiting to be re-watched, or watched for the first time if this has successfully hypnotized some people into watching "30 Rock," because that was my real master plan.