Rise up against rising tuition rates

Throwing eggs, setting off flares and breaking windows: This is how England reacted to a recent jump in college tuition. The cost of attending an American college has been rising for decades, yet few people have protested. 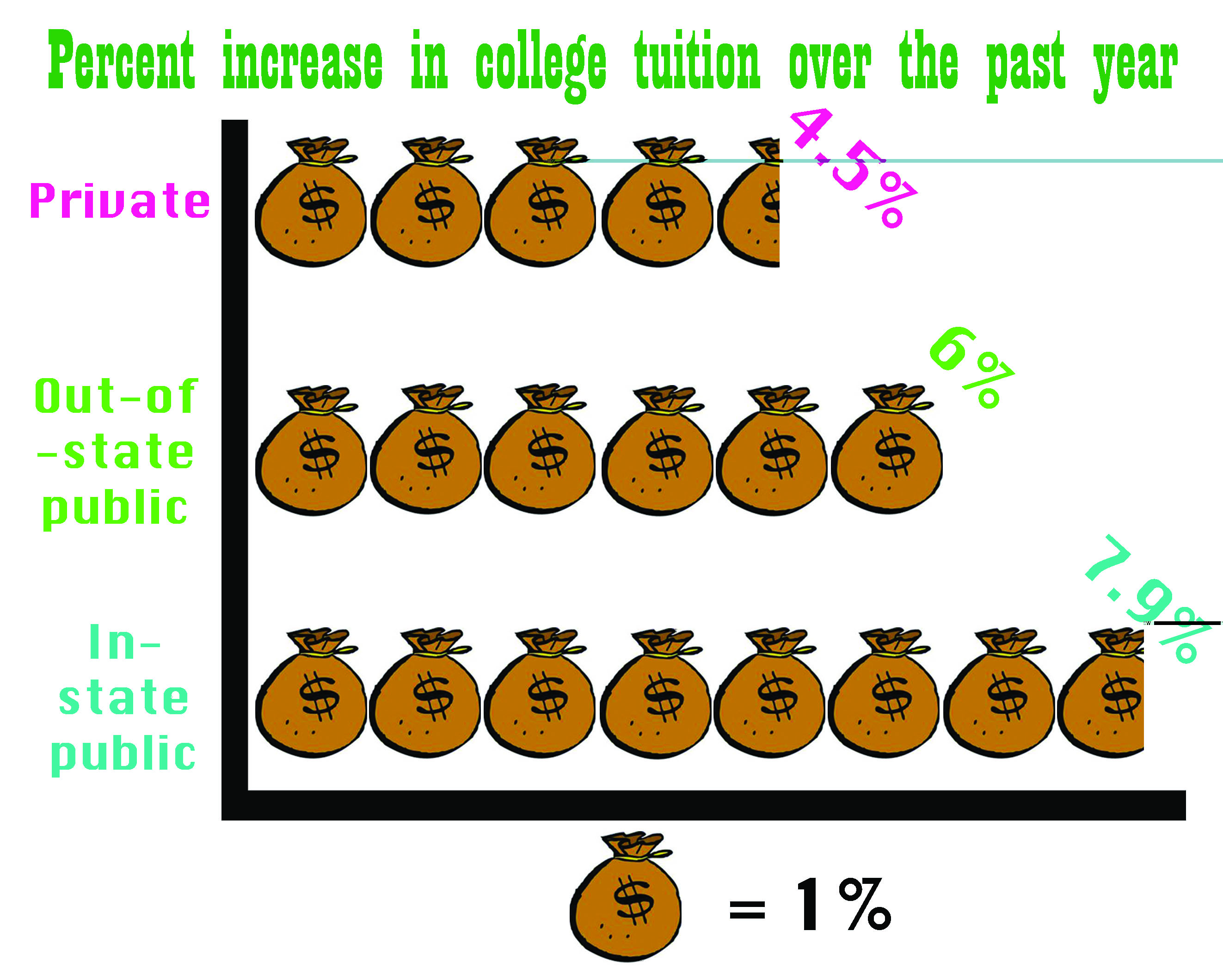 Photo:
Violence is not the way to make education cheaper, but neither is apathy. In America, colleges have increased tuition and fees over the past decade by an annual average of 5.6 percent at four-year public universities and three percent at similar private institutions, according to a 2010 report by the College Board, a non-profit organization dedicated to informing young people about post-high school education. Except for demonstrations in California this year, students and parents don't seem to be complaining, much less protesting. It is time for American families across the nation to advocate for lower tuition.

The first step in solving the problem is to understand why costs are rising. Currently, the most important factor is that state governments are facing severe debt and can't provide colleges with the same subsidies as they previously have. So colleges are raising tuition, their other main source of income. Schools have also been making classes smaller and purchasing expensive, new technologies to strengthen their research programs, according to "Why Does College Cost So Much?" a 2010 book by economists Robert B. Archibald and David H. Feldman. But schools must learn to strike a balance between education quality and tuition costs.

College students, many of whom are already struggling because of the faltering national economy, should not be expected to make up for cutbacks in state funding and increases in spending on technology. According to Phalia West, the College/Career Center coordinator at Blair, a significant number of students are opting for in-state colleges rather than out-of-state universities so that they can afford their education. Other students, she said, are choosing community college.

There are some people who think rising costs are not having severe impacts. Some experts argue that Pell Grants, money the federal government provides to students in need of financial aid, make up for the increase in tuition. "The reality is that growth in grant aid has been rapid enough that on average, the net price students pay for tuition and fees is actually less - after adjusting for inflation - than it was five years ago," said Sandy Baum, a senior policy analyst at the College Board. But financial aid isn't enough. There are still many middle-class students who don't qualify for aid and must pay the full tuition.

Financial aid cannot even fully support low-income students, let alone those from the middle class. Pell Grants don't always cover increased living and eating costs, yet room and board fees increased by an average of 4.6 percent last year for public universities, according to the College Board. Aid is helpful, but not helpful enough.

While students are worrying about how they will pay for food, universities are spending excessive amounts of money on recreation. "At some colleges that I have visited, their recreational facility includes climbing walls, a massage therapist staff and juice bars," said Lori Potts-Dupre, a private counselor to college-bound students in the Silver Spring area. "You know colleges aren't supposed to be a luxury resort." Fancy dorm rooms and facilities are appealing, but not nearly as appealing as cheaper tuition.

According to a report released this year by the Delta Project, an organization that studies college costs, spending on instruction for private research universities increased by 22 percent, whereas spending on student services increased by 36 percent, between 1998 and 2008. Money is not being used wisely; the sole purpose of colleges is to provide students with an education, not recreation and services.

Universities are also putting too much money toward advertising. Colleges mail students expensive, glossy pamphlets with information that can be accessed online, said West. According to a survey by Noel-Levitz, an organization that provides management consulting to colleges, the average, private four-year university spends more than $2,000 on marketing for each student it enrolls.

Universities are also wasting large sums of money on the high salaries of college presidents. Thirty presidents received over a million dollars in pay and benefits in 2008, according to The Chronicle of Higher Education.

Colleges must decrease spending on recreation, advertising and the salaries of presidents in order to lower tuition. Instead of focusing on whether dorm rooms are aesthetically pleasing, they should be cutting the costs. In the end, lower tuition is more appealing than juice bars and climbing walls.

But students and parents need to be proactive; they can't remain silent and expect colleges to change tuition. The only way to motivate universities is to raise awareness about the serious financial stress students are facing. This doesn't mean that students should throw eggs, shatter glass or shoot off flares. But peaceful protests, media campaigns and letters to congressional representatives can help. Stressed families must do more if they want to pay less.