Suspect is dead after an attempted robbery in Silver Spring

At approximately 10:48 a.m. on Wednesday, Jan. 16, an attempted bank robbery took place at the BB&T bank on Wayne Avenue in Downtown Silver Spring. 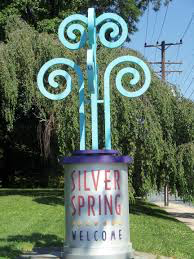 A suspect entered the bank manager's office and claimed he had a bomb in his backpack. He then threatened the manager with a gun as he demanded $20,000. A bank employee pressed the panic button, which notified the Montgomery County Police Department.

Upon hearing alarms and sirens, the suspect immediately fled the scene and ran into an alley before confronting police officers on Ramsey Avenue, after which he was shot and critically injured. The suspect was treated by medical staff on the scene and then transported to Holy Cross Hospital, where he died from his injuries.

The Fire and Rescue squad is conducting a thorough bomb investigation with the goal of complete bomb deactivation. All surrounding buildings have been evacuated, with heavy police presence around the downtown area.