Rocking out for an excellent cause

A boy in a sleeveless, open flannel and heavy Timberland boots dances and thrashes with the four other boys around him, totally possessed with the passion of music. The four boys push him back, a human bumper cars game of squealing and laughing. The five person mosh pit dances as 80s synthesizers blankets the hot venue of the Pyramid Atlantic. Others line the walls bopping heads, internalizing the music. It's the last stretch of the Rock Action show, and Knuckleberry Finn, an infectiously friendly band, has the stage. Outside of the moshpit, a teenager with long blonde hair yells, "I want people to express themselves!" 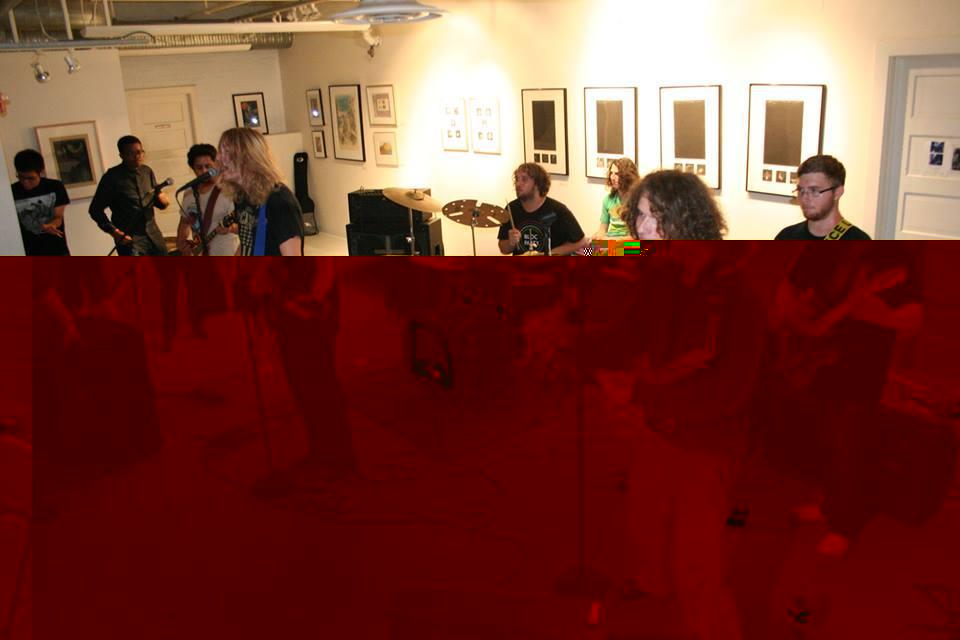 Photo: Termina is one of the many bands which perform at Rock Action. It is also the band of Rock Action's creators, Max Poole (singer/bassist) and Ananth Batni (guitarist).

Photo: Termina is one of the many bands which perform at Rock Action. It is also the band of Rock Action's creators, Max Poole (singer/bassist) and Ananth Batni (guitarist).

Rock Action is a charity he initiative by Blair seniors Max Poole and Ananth Batni. The organization presents concerts featuring bands in the Silver Spring and Takoma Park area to collect money for cancer research. Except to reimburse the costs of the venue, all of the money is donated to the Marguerite McGlinn Foundation, Poole's grandmother's cancer research society, located at Johns Hopkins. Since many rock and hip-hop venues in the area cater older bands, Poole wanted to create a show that appeals to high school students. "There is a certain subtext of people in the school who play this kind of music. A safe outlet is hard to find," Poole explains.

The term "Rock Action" derives from a Mogwai album Poole feels best fits his cause. "I picked it both because I like the album and because it felt fitting, like 'rock for action,' or 'rock for change.'" Since Poole plays in the band Termina with Batni and other Blazers, the project allowed him to play in his own shows. Poole chose to use music to raise funds as he felt concert charity was something unrepresented. Ryan O'Connor, member of the hip-hop group Philosophical Wander that played in the show, agrees. "It's combining artistic expression with altruistic expression," he said. "Rock Action gave me more exposure."

Anne Rumain stands on the walls, next to the black and white paintings in the gallery of the venue to support her friends. She abstains from participating in the moshpit, and instead quietly listens to the band, which is playing its last songs. Rumain, although pensive, observes the band with excitement, "Knuckleberry Finn was the best band of the entire night. It was the only one I didn't need earbuds for. They played the electric kazoo and the didgeridoo. That's [expletive], man!" Poole is her neighbor, as well as Charles Scheider, a drummer for two bands featured in the show. "I love those dorks," she grins. She looks at the mosh pit, which has increased to a considerable size. Then her face turns serious, "It's so pure music." 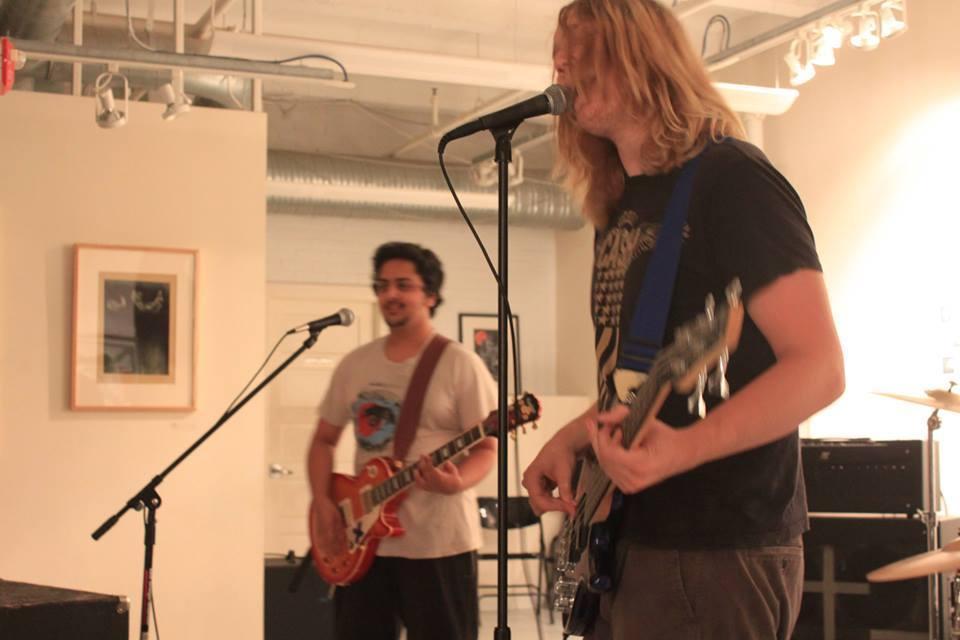 So far, Rock of Action has put on two shows. At each show, about four to five bands perform, along with three hip-hop groups, and open mic performances. It wasn't a difficult process, as Poole and Batni already had connections to the venues, and it was as simple as sending an email to set up a date. He just had to put himself out there. "It was a little like- how things happen, you can talk about how hard it is to do a show. Just show up and do it and it's like, 'That didn't go badly, surprisingly!'" The ease of finding a venue allowed for much more of a focus on finding bands. Poole also utilizes social media, and he says he knew many of the bands who agreed to perform personally. "The Facebook group I set up was really helpful," Poole adds.

The first show was a small event at the Electric Maid in Washington, D.C. The Electric Maid cost $80, and the event made $280, garnering a $200 net gain for cancer research. The second show, although the first to feature a mosh pit and exciting, made a net gain of $182 after making $280 total. Although cancer research is a universal cause, Poole sees the Rock Action project as honoring his grandmother, who passed away when he was 11. "I've gotten closer over the years to her memory," Poole reflects. As for the cause, Poole doesn't know exactly how much his contributions have made a difference, but he remains confident. "We don't get too much information from [John's Hopkins] but we do get back that they appreciate the money. So it's a small part."

Poole's partner, Batni, is dressed in a comfortable shirt and shorts, with headphones resting on his neck. Shrugging, he explains that Poole pitched the idea to him on Facebook one day, and eventually the two started talking. Although Batni helps setting up shows as well ascending emails and making sure things are secure, he deals with sound whenever necessary. "If there's ever a need for me to do sound at a Rock Action thing I would be the sound guy," Batni states. Batni also ensures that everyone at the show shares their gear. Pool reassures that Batni and he share leadership of Rock Action. "Ananth helps organize and knows a lot more about sound than I do. Ananth and I share the top role," Poole says.

Casey Minnick, 20, is in charge of booking the shows at Pyramid Atlantic. The Pyramid Atlantic, which he adds is a "pretty open atmosphere" requires that there are no drugs or alcohol and that the art that caters to all ages. Indeed, in the audience were a few parents rocking out, taking pictures of their children's art.

Ashe Welch, a Blair '13 alum leaps to the stage and flamboyantly plays Careless Whisper on his saxophone. Then a spastic organized chaos of passionate, fun teenage rock blasts on the stage. Termina, a unique collection of valuable quirks, is performing second to last. Poole kirks his head side, opens his eyes wide, and flips his long blonde hair as he screams his lyrics. Batni performs barefoot, and like a true rockstar flips his body over during his solos and occasionally wavers his guitar towards the speaker for a distorted affect. Eddie Purcell, a Blair alum, jams so hard his guitar strap breaks. Someone lends him another, creating an uplifting charity moment in the middle of the set.. Behind, Scheider beats his drum kit energetically. There's the hearty raspiness of the saxophone amongst the grunge sound. The mosh pit has lost control to music, a wild smile bank of stimulated metal-heads,play fights, and the love of music.

Poole doesn't want to become a full time concert producer when he grows up, but he does want to continue Rock Action and establish its influence. "There's a couple things I want to do with Rock Action- more diverse, more money, I want to get $1000 by the end of the school year for the cause." Poole hopes reach his goal by having one show a month. Once he goes to college, he will still organize events. "I'll always keep music as a hobby, probably keep doing this as long as I want to- not as a career," Poole concedes. For now, he's hoping to get an ad on Infoflow for an October 18th show at the Electric Maid.