Blair Magnet teacher Leslie "Les" Rogers died on July 24 after a six-year battle with a brain tumor, according to Magnet Coordinator Dennis Heidler. Rogers, a longtime Earth Systems Science teacher, is survived by his wife Linda; together, they formed an active pair in the Blair community.

In December 2002, Rogers was diagnosed with an initial brain tumor, which was successfully treated. Five years later, a routine scan showed two lesions in the same area of his brain. In January 2008, he underwent surgery, and went on leave for the rest of the school year. Around June, Rogers went to George Washington University Hospital (GWUH) in Washington, D.C., to be treated for a seizure. Though he was scheduled for surgery at Duke University Hospital in Durham, N.C., Rogers was infected with a virus at GWUH and was unable to go to Duke. "That was a real setback," fellow Magnet teacher Ralph Bunday recalled. 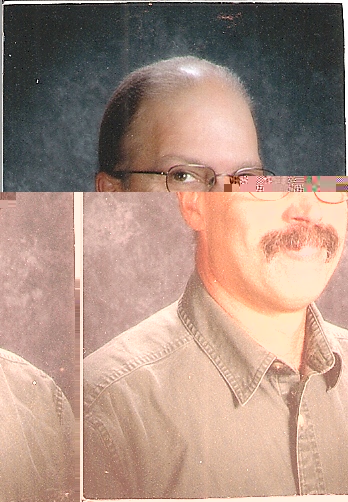 Rogers was then transferred to Suburban Hospital in Silver Spring, and then to Casey House, a Rockville hospice, in early July. After less than two weeks at Casey House, Rogers passed away. "It was a real long hard fight with the brain tumor," Bunday said. "He was a courageous man."

Principal Darryl Williams only knew Rogers for just over one school year, but recognized the positive energy he fed Blair. "He and I met my first or second week on the job. His commitment and his desire for teaching students and learning stood out the most," he said. "He is truly going to be missed based on the work he did inside the school and as being instrumental in supporting the community."

Rogers came to Blair from Magruder High School in 1997, after teaching there for two years. Magnet math teacher Eric Walstein remembered Rogers as a teaching force from his start in the Magnet. "I know some teachers at Magruder were very, very sorry to lose him," he said. "He was considered to be a marvelous teacher." Rogers taught hundreds of total students in three classes - Earth Systems Science (ESS), a tenth grade Magnet requirement, and Astronomy and Geographic Informational Systems, Magnet electives. Longtime Blair science teacher Janice Blitz will take over Rogers's ESS classes; the elective classes were dropped for next year due to lack of student interest.

Born in Birmingham, Rogers moved frequently as a child. He attended high school in Barbersville, W. Va. and after graduating in 1975, worked in coal drilling in the Appalachian Mountains. He later immigrated to Australia, continuing his drilling work, and returned to the U.S. in 1982 after his father, then retired in North Carolina, was diagnosed with cancer. The next year, Rogers attended East Carolina University to receive a Master of Arts degree in Education.

Rogers had a unique perspective on teaching, Walstein said. "When he came to the Magnet he took over the Earth Sciences and he put it in to his own perspective," he said. "He was not the kind of guy who was going to do things just because others did it." 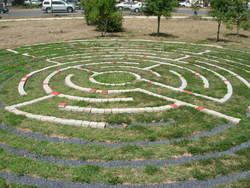 "His philosophy was hands-on teaching – getting kids actively involved," Linda said. As a warm-up in Astronomy class, for example, he had students create constellations on the ceiling using glow-in-the-dark stars. He believed in technology as a powerful teaching tool, incorporating online resources and advanced imaging software into his lesson plans.

Fellow Magnet teachers said they admired Rogers's boldness. "He didn't go in there for popularity," Bunday said. "He never really got personable with students except when he found out they were in need of something."

Sometimes his teaching methods, heavy on the scientific method of experimentation and discovery, made students apprehensive about the class. "Kids usually complained but at the end they realized they understand Earth Sciences," Walstein said.

Rogers didn't limit his contributions to the classroom. In 2007, he and his wife started design and construction of the labyrinth that now exists at the corner of University Boulevard and Colesville Road. The twists and turns of a labyrinth represent the journey of life and the solving offers means of meditation. "It was an idea I was wanting to try to see about building," Linda said. "Mr. Rogers got involved by approaching Principal Gainous." He aimed to use the labyrinth in his astronomy curriculum to teach archaeoastronomy.

Gainous supported the idea, and it became a project that helped the couple find peace despite Rogers's sickness. "It was intricate, yet it was balanced," Linda said of the design. "We both worked on it together." The labyrinth was completed in October of that year, and this June the couple was presented with a surprise dedication, according to the Takoma Park-Silver Spring Gazette.

The labyrinth was not the only architectural mark Rogers left on Blair; in 2006, he led his astronomy class to design and build the working sundial in the student courtyard. "I don't know if he intended that to be his memorial, but they will now be seen as that," Heidler said. 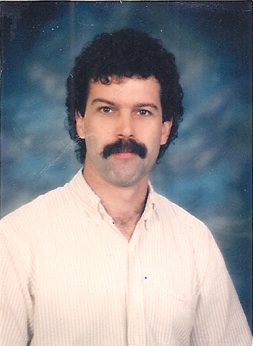 In their own Woodmoor neighborhood, Rogers and his wife volunteered in their garden club to help beautify the area. When a tree fell in a park during a storm, the Rogers couple took responsibility for the cleanup. "They took it on themselves," Bunday said. "He and his wife created a path through the park."

Rogers also enjoyed riding his classic Harley-Davidson motorcycle. "Mr. Rogers had a fun side to him," Heidler said.

Rogers never let his health conditions get in the way of teaching, even when his diagnosis interrupted a semester of school. "I didn't think about it until I felt well enough to trust myself not to dwell," Rogers told Silver Chips in 2003, between more serious bouts of illness. "I didn't want to dwell. I still have plans. I still have dreams. The cancer is just a pothole in the road."

Principal Williams hopes to coordinate memorial projects for Rogers in September. "I really want to focus on how to pay tribute to a man who touched many people," he said. Williams is gathering feedback from teachers, students, alumni and the Rogers family on how best to commemorate Rogers's life and career in the context of Blair.

A memorial service is planned for Sept. 7, according to Linda Rogers. More information, including time and location, will be released as plans are finalized.