Rose is "My Favorite Teacher"

Over 100 students, teachers and press officials gathered in the auditorium today during 5B lunch as Magnet math teacher William Rose was presented with the Gazette's annual "My Favorite Teacher" award. Among 240 teachers nominated and 90 placed on an online ballot, Rose garnered 34,378 out of 95,000 votes. 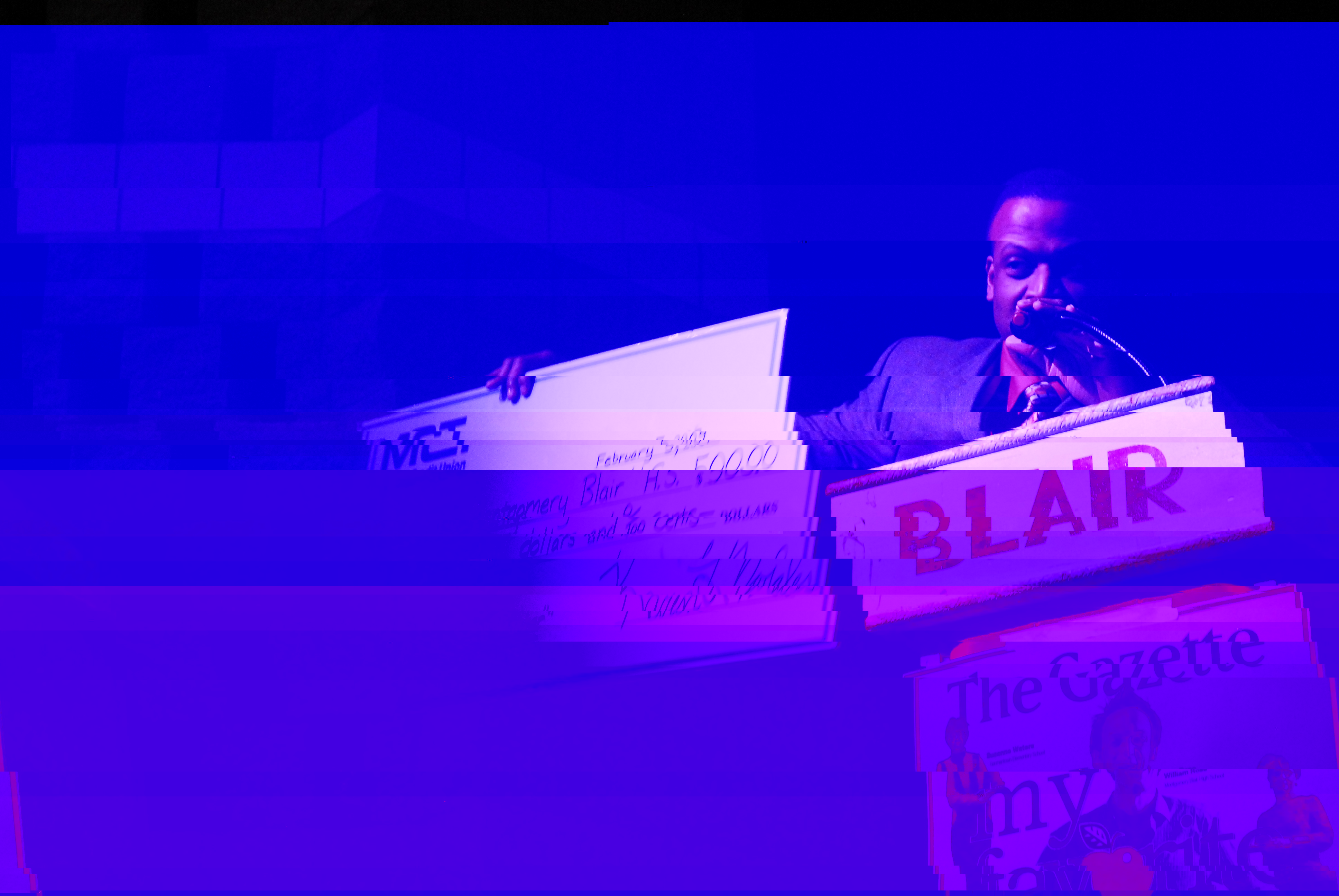 Photo: Principal Darryl Williams holds the $500 check the MCT Federal Credit Union gave to Blair. He announced that the check would go to the Magnet program.

Photo: Principal Darryl Williams holds the $500 check the MCT Federal Credit Union gave to Blair. He announced that the check would go to the Magnet program.

One teacher was chosen from each of three levels: elementary, middle and high school from several designated districts. Rose won for the Montgomery County high school category and was featured on the cover of a Gazette insert.

Cliff Chiet, Vice President of Sales and Publishing for the Gazette, and several other spokespeople for sponsors of the award attended the award ceremony. Chiet congratulated Rose and said the award was an opportunity to honor teachers in Montgomery County publicly by allowing students to speak for their teachers. "It's a selfless ministry, and the reward is knowing you made a difference in that person's life," Chiet said.

Freshman Sherman Leung nominated Rose in the fall with a brief letter, in which he wrote that Rose "is a funny guy and always has an upbeat feeling of doing things."

Karen Rosales, vice president for retail delivery for the Montgomery County Teachers Federal Credit Union (MCT FCU), presented two $500 checks, one for Rose and another for Blair, which was handed to principal Darryl Williams. Williams backed Rose's diligence as a teacher who stays late at school and is seen at Blair on the weekends. "Congratulations, you really deserved it," Williams said. Williams announced that the second check would go to the Magnet program.

To see the results of the contest, click here.