Sam Pepper, sexual assault and the damaging effects of idolatry in YouTube culture

Last week, popular YouTube video blogger and former Big Brother UK star Sam Pepper caused quite a stir when he posted a prank video in which he walked around the streets of Los Angeles pinching women's butts. The video was removed by YouTube after it drew many comments criticizing Pepper for sexually harassing women in the name of "entertainment." His videos are indicative of one of the major problems with YouTube stardom: an insidious culture of sexual assault and harassment, usually perpetrated against the young women who make up YouTube's core demographic of viewers.

Pepper has released two other videos in order to alleviate some of the flack he got for the first video. One featured a woman pinching men's butts without their consent and the other was a big reveal alleging that the series of videos was a social experiment aimed at raising awareness about domestic violence and sexual assault towards men. Whether social awareness was Pepper's actual original intention or not, his latest videos are only the most recent in a series of "pranks" he's done that involve degradation and assault of young women. 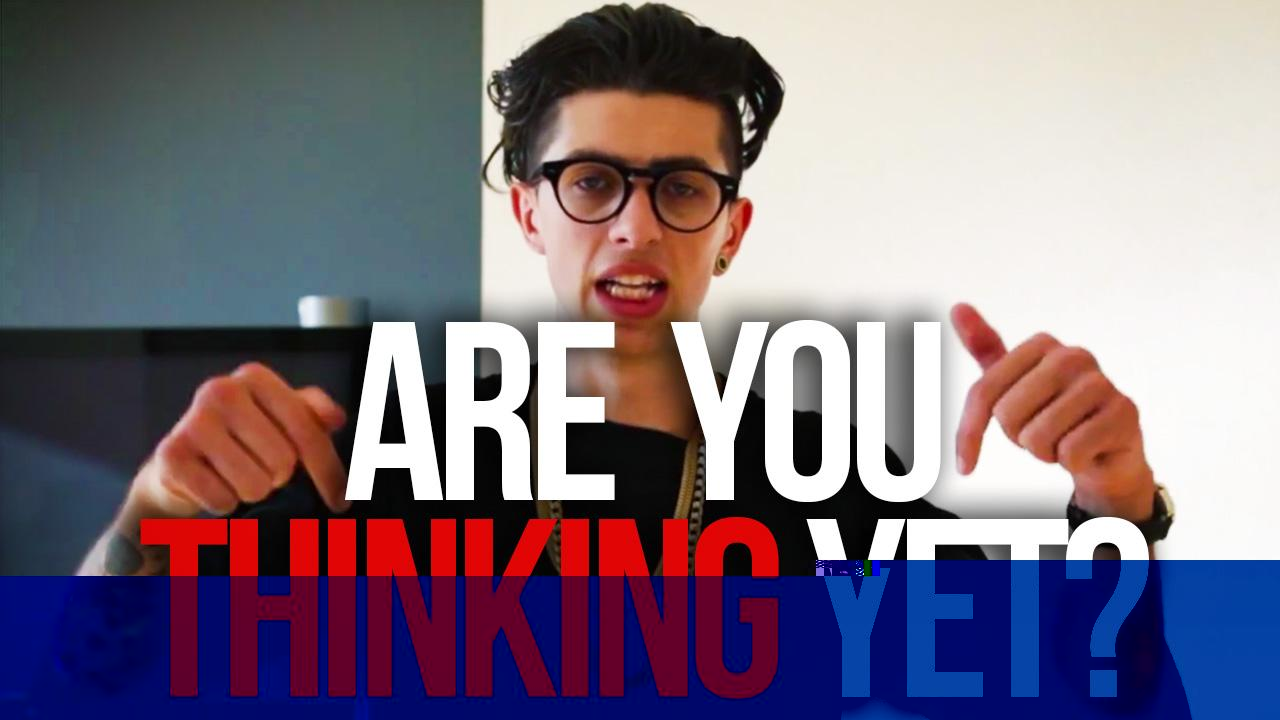 Photo: Content creator Sam Pepper has been accused of sexual harassment and assault.

A community of prominent content creators on YouTube have banded together to rightfully spurn Sam Pepper for his badly executed alleged social experiment. Apparently lead by Sex+ vlogger Laci Green, these YouTubers have signed an open letter condemning Pepper's actions and calling for him to stop sexually harassing women in his videos for entertainment. More YouTubers—and decent human beings—should follow in the footsteps of Green, who has been proactivelyraising awareness about Pepper's actions both in his videos and against other girls who have been abused by him.

It's not only his offensive videos that are getting Pepper attention, though. On Wednesday, allegations from multiple young women surfaced, claiming that he had sexually assaulted and/or solicited nude photographs from them when they were underage. None of the claims have been officially authenticated, but they do point to a growing trend of sexual assault allegations against popular male YouTubers. Early this year, it was revealed that content creators Alex Day, Tom Milsom, Ed Blann and many of their friends had been sexually coercing and physically abusing young women and fans that they were involved in relationships with. One of these women, Olga Breslavets, was only 15 when she entered a relationship with Milsom, who was 22 at the time.

In recent years, YouTube has gone from a platform for random people to post random videos, to more of a community largely made up of content creators and the viewers who idolize them. One of the best and worst things about YouTube stars is the lack of a barrier between fan and content creator. YouTubers, unlike actors, actresses and models, are much closer to home—they're in fans' living rooms and bedrooms, talking to them directly. A more personal connection is therefore much easier to establish.

But that connection, as seen in the cases of Alex Day, Tom Milsom and Sam Pepper, is also much easier to exploit. Having fans and content creators mingle on such a personal level is a part of the problem. At many of the YouTube conventions, such as VidCon, Summer in the City and Playlist Live, viewers are without any kind of adult or parental supervision. Most of the YouTube abusers have used these conventions as an opportunity to meet and prey on the younger girls who admire them.

Often times victims of YouTubers are afraid to come forward because of the large fan-bases their abusers have. Saturday, YouTuber Ania Magliano-Wright (known by her username aniamags), made a video revealing her experience with rape at the hands of fellow content creator, Jason. Jason, who has not revealed his last name online and is better know by his username Veeoneeye, released an "apology" video where he ostensibly blames his Mormon upbringing and resulting lack of knowledge about sex for his commission of statutory rape.

The most troubling thing about the video is the comments. In many of the comments, Jason's fans, most of whom are younger girls, defend his actions by saying that he's "troubled" or that since Magliano-Wright gave consent and chose to drink she is responsible for what happened to her. But it's never a victim's fault, especially if they're both underage and intoxicated, if or when someone, anyone, takes advantage of them; it is always the fault of the person who chooses to perpetuate that violation against them.

It is definitely a problem that a lot of these young girls think that Jason's actions are excusable. Whether intentional or not, YouTube has been fostering a culture of idolatry for a while. This culture is what facilitates the many sexual assaults that have been perpetrated by partners of the site, and it is what tells the fans of these people that their actions are defensible. Even though teenagers aren't idiots, they are very impressionable. It's really important for YouTubers to both raise awareness about this behavior in their community, and to protect fans from it by holding each other accountable. If they do this, hopefully in the future YouTube can again exist as the platform it was meant to be: one for people to share and exchange content and ideas, rather than one for predators to use to take advantage of fans.