Recent events led to conflict among progressives, the Democratic Party and more

"The greatest obstacle to real social change has everything to do with the power of the corporate and political establishment to limit our vision of what is possible and what we are entitled to as human beings," said Sen. Bernie Sanders (I-VT) on April 8. The statement, a reference to Nelson Mandela's famous quote, "It always seems impossible until it is done," was part of Sanders' address announcing he was suspending his campaign for 2020 Democratic nominee for President.

Sanders' platform aimed to fight against that "corporate and political establishment," which he and his supporters often referenced. It embodied the desires of progressive America, largely composed of young people who crave concrete change on social justice issues, environmental policy and more. 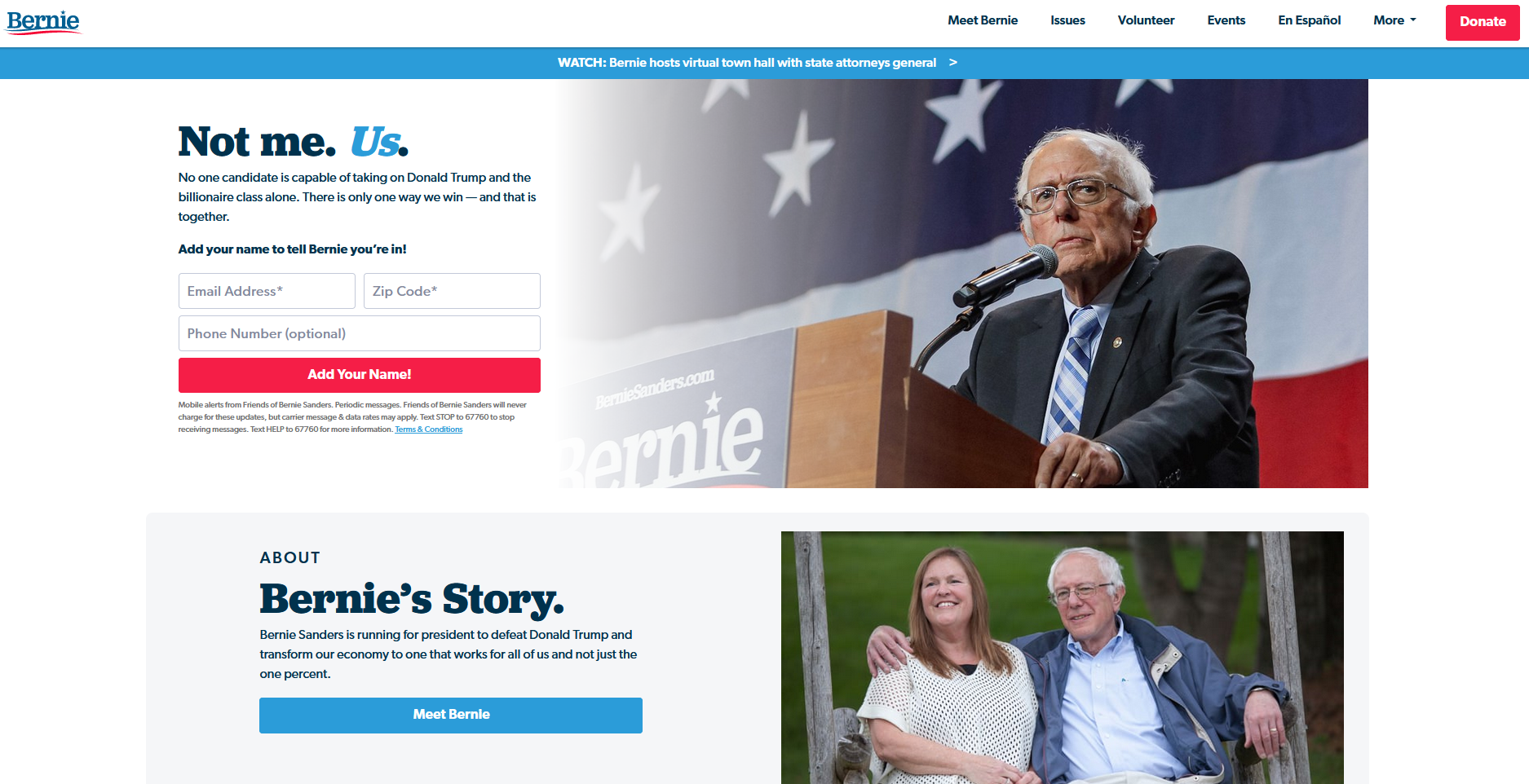 One of them is Blair junior Dana Graham, who will be voting for the first time in 2020. Graham decided to support Sanders because of his leftist views. "In the end, we need somebody further left, because he pulls the country as a whole left, and I think that's like a good thing that we really need to see in politics," Graham explains. "We need this kind of like revolutionary change that we haven't seen in ages and ages." Now, as former Vice President Joe Biden definitively takes the stage as the Democratic candidate, many of those young people have been left conflicted.

Biden has been especially singled out in this election cycle for his departure from "revolutionary change" and progressive politics. During his Senate campaign days, he was hailed for advocating for welfare expansion and taxing millionaires. However, by the 1980s, he resorted to a centrist approach that he still maintains today, which has brought backlash. "I was a little bit disappointed in the Democratic Party, because if you look at Biden's like stance on a lot of the issues that Sanders was basing his campaign on, he's pretty much just like a Republican, in a way," senior Jennifer Ren expresses.

Self-proclaimed progressives have been vocal against the "vote blue no matter who" mantra that many Democrats have adopted, saying it comes from a place of privilege and overlooks the damage that Biden has done on issues from healthcare and civil rights to foreign policy.

Sexual assault allegations against Biden further complicate the "vote blue" narrative for many voters. In early April, Tara Reade, a former Senate aide for Biden, accused him of harassing her in 1993. Several other women have also stepped forward to accuse Biden of inappropriate conduct, and an investigation on Reade's allegations is ongoing. Despite a lack of official confirmation or denial, the situation has disheartened many teens who see Biden's nomination as a sign of establishment voters' disregard for supporting assault victims. "No words can describe the excruciating pain of knowing that our next president will be another man who has at least sexually harassed women," senior Ruby Farber says, referring to the 20-plus sexual misconduct allegations against President Donald Trump.

Diversity has been yet another point of contention in this election cycle. "[We started with] 23 candidates and we ended up with a 77-year-old moderate without a strong platform," senior Adia Keene says, expressing her frustration that such an unparalleled and diverse field of contenders was narrowed down so quickly. Graham echoes the sentiment. "We started with the most diverse primary ever, and it was so cool to see six or seven women running and people of color running. And then you were left with an old white establishment Democrat," she says. "Are women and people of color ever going to get the same kind of recognition and standards? Is it ever going to be as easy for them to hold high office as it is for white men?"

As the election draws closer, alliances have become more and more blurred. Although Sanders endorsed Biden after dropping out, key figures in the Sanders campaign have not backed the endorsement. Briahna Joy Gray, Sanders' spokeswoman, is one such figure. "I supported Bernie Sanders because he backed ideas like #MedicareForAll, cancelling ALL student debt, & a wealth tax. Biden supports none of those," Gray writes on Twitter. Young people across the nation who backed Sanders, namely college groups, have also refused to endorse Biden.

Blazers are similarly conflicted. "I think it was inevitable, but I wish [Sanders] hadn't endorsed Biden or at least had been more critical," senior Gabe Winston-Bailey says. Some, like Ren, plan to vote for Biden in the general election, but say they will do it reluctantly. "I'm still going to vote for Biden because anyone's better than Trump, but you'd best believe I won’t be happy about it," she explains. Others are holding out and supporting Sanders for as long as they can. While Graham plans to vote for Biden in the general election, she says her conscience is telling her to vote for Sanders in the primary.

A mid-2019 piece in The Atlantic predicts that voter turnout for the 2020 presidential general election will be higher than ever before, in part because of an increase in youth who are eligible to cast their ballots. As young voters look toward November, the prospects are bittersweet, but many are holding onto hope that the events of the election cycle have transformed American politics. "People have been saying that this election is going to be a referendum on Donald Trump, on nationalism, on more right-leaning policies, and I want America as a whole to say no to that," Graham says. "I hope that this primary has pushed even the Democratic Party as a whole further left."