Unless you're into that "so-bad-it's-good" thing, skip this movie out

In Silverton, the local high school is preparing for graduation. Vice-principal Gary Morris (Richard Armitage) has asked his two sons, Trey (Nathan Kress) and Donnie (Max Deacon), to film the graduation for a time capsule to be opened in 25 years. However, with Trey's urging, Donnie has ventured into an abandoned paper mill with classmate Kaitlyn (Alycia Debnam-Carey) to help her with her film project. With the predicted severe weather in Silverton, storm chasers Pete (Matt Walsh), Allison Stone (Sarah Wayne Callies), Daryl (Arlen Escarpeta) and Jacob (Jeremy Sumpter) have come to town hoping to capture exciting tornado footage on camera.

But the weather is more than anyone has bargained for: countless tornadoes ravage the town, with one striking the high school and another hitting the paper mill, trapping Donnie and Kaitlyn in the debris. Gary Morris enlists the help of Trey and the storm chasers to rescue Donnie and Kaitlyn, whose space is slowly being flooded with water. Eventually, the tornadoes merge together to form a massive tornado with winds of over 300 miles per hour, and it becomes a race for survival for everyone in Silverton.

From the beginning, "Into the Storm" is hard to watch. The characters' personalities are all exaggerated to the point where they become one-dimensioned and bland. Take Jacob, for example: he's supposed to be an apathetic cameraman on Pete's storm-chasing team, but nearly all of his dialogue overflows with obliviousness and ignorance. His cluelessness is supposed to be funny but it ends up being too overdone and simply annoying. When he's eventually sucked into a tornado, it's not a loss. He's just another cardboard character blown away in the storm and one less person to worry about in the overly thin plot.

Throughout the entire movie, we're hit with scenes that aim to move the audience but always fall short. When Pete sacrifices his life to protect the others from the massive tornado, any attempt at tragic drama is severely compromised by his under-developed character and the banal, predictable plot. The 'found footage' style of filming also distracts from any seriousness; his death is almost corny.

Like Jacob and Pete, almost every other character in the film is crafted superficially and easily thrown away. Couple that with subpar acting and what you get is cringe-worthy dialogue and awkward one-liners (think middle school plays). It's the clumsy writing and stilted performances that makes you want to walk out before it gets any worse.
However, Nathan Kress' and Richard Armitage's performances are two exceptions. With little to work with, Kress and Armitage do as much as they can to serve their characters justice. Kress' character, Trey, serves as a comic relief and he pulls it off well – his narcissism is (sometimes) legitimately funny. Armitage plays the busy, single dad-turned-superhero who leads much of the town of Silverton to safety. His acting is superior, but this is again undermined by the petty amount of depth that the writers gave to his character. 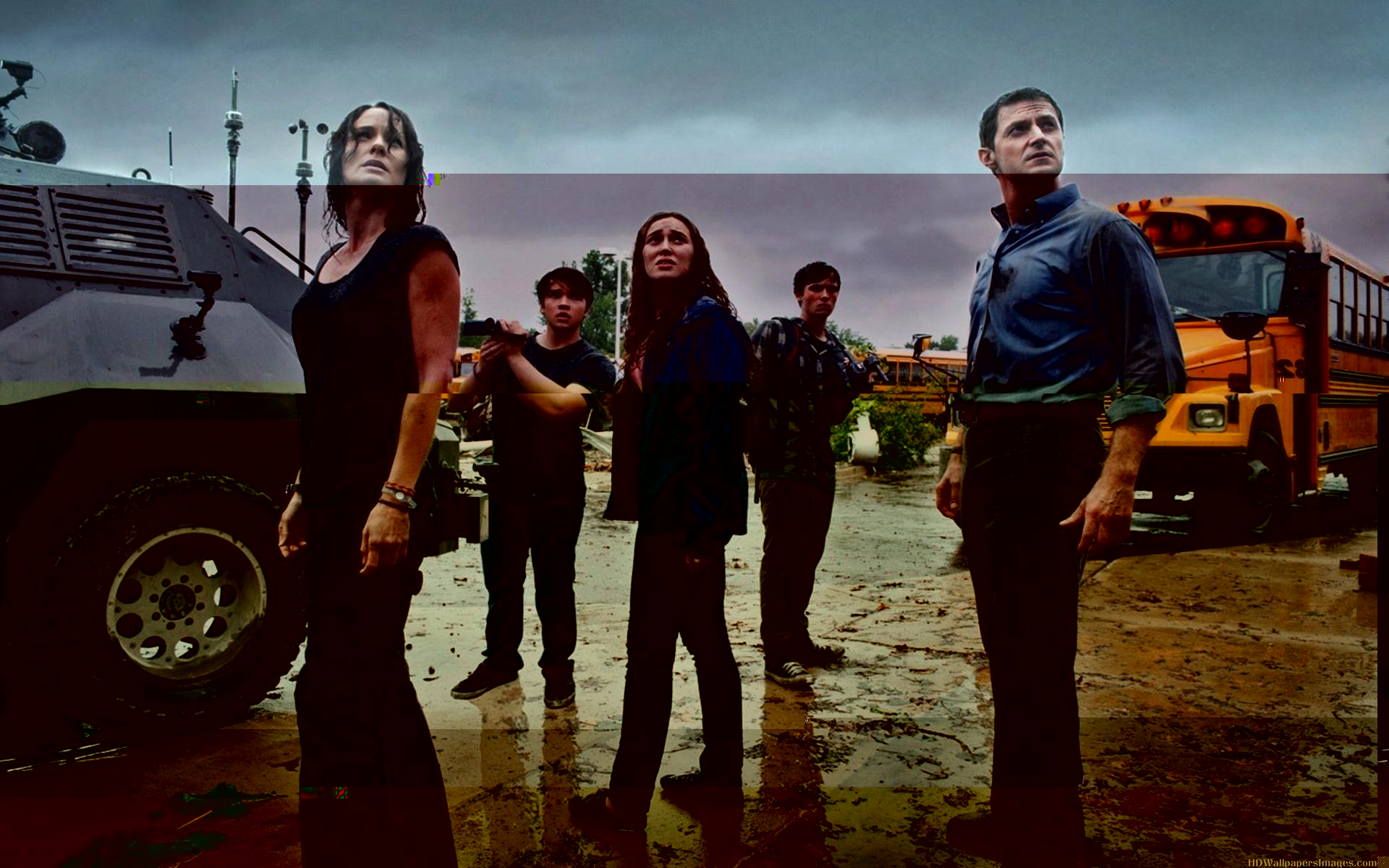 Into the Storm The Crew

The tornadoes are probably the best part of the film. Kudos to the guys behind the visual effects: they are, for the most part, captivating. What is particularly well done is the culminating full-fledged destruction scene with the colossal EF5 tornado. Though the effects are occasionally so unrealistic that they're laughable, they're always enjoyable – who doesn't want to see giant airplanes being hurled around? It's hard to be satisfied with the acting, but the disaster scenes are great.

Still, in the end, the distracting awkwardness of the characters and the uninspired plot outweighs any positive aspects of the film (which is mostly just the graphics). "Into the Storm" is a natural disaster in and of itself.

"Into the Storm" is rated PG-13 for scenes of destruction and violence, strong language and sexual references and is now playing in theaters everywhere.