Schafer was among three finalists who were nominated because of their outstanding achievements and dedication to teaching. The three were selected after winning the Marian Greenblatt Excellence in Teaching Award in late April, according to an MCPS bulletin. The other two nominees were Carol Knoblach of Travilah Elementary School and Donalf Ayotte of Wootton High School. 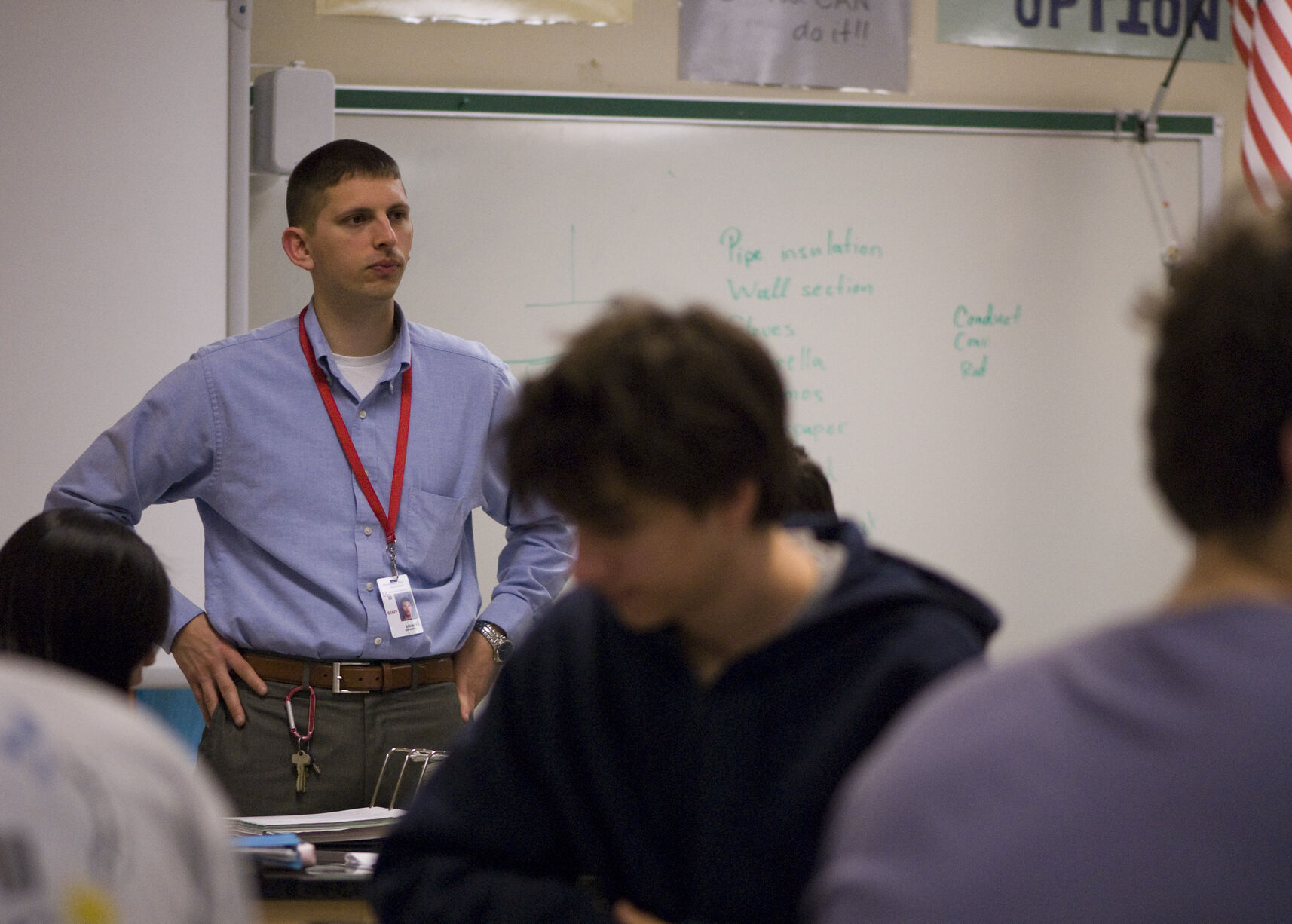 While excited about the win, Schafer recognized the talented company he was among at the county level. "All of the finalists are outstanding teachers," he said. "Any of them were more than qualified to win."

He acknowledged the environment in which he teaches as being a contributing factor to the win. "It's a combination of the ability to teach well, really good kids, supportive coworkers and passion," Schafer said of what's considered in the selection process.

The surprise announcement took place at the Champions for Children gala on April 28 held at MedImmune global headquarters in Gaithersburg. The Champions for Children event honors outstanding teachers, administrators, supporting services employees, businesses and community volunteers. The awards are sponsored by the Montgomery County Business Roundtable for Education (MCBRE).

Magnet Coordinator Peter Ostrander said that Schafer has a fervor for working with students. "His ability to work with the students in front of him and meet their needs are reasons [why I think he may have won]," he said. "He is no better a teacher now than before, when he was teaching physics outside of the Magnet."

Schafer began teaching in the Magnet program in 2007. He coaches Blair's It's Academic team, winner of the 2008 Washington metro area championship, as well as the school's physics team.