Start ‘em:
Players who are locks to play this week.
Ben: DeSean Jackson, Washington Redskins, WR
Go Redskins! He's back from injury (about time) and the deep threat is ready. With Jamison Crowder matched up on the other side, the Redskins now have two speedy wideouts to worry opposing secondaries.
Charlie: Cam Newton, Carolina Panthers, QB
Cam Newton is going up against a Green Bay Packers defense that was just blown up by Peyton Manning and the Broncos. He's in for a big day.
Mateo: Tom Brady, New England Patriots, QB
Tom Brady should be started every week, and especially against the Redskins defense.
Mr. Feeney: Eli Manning, New York Giants, QB
The Buccaneers pass defense is weak and won't be able to stop the Giants' passing attack, especially with a receiver like Odell Beckham Jr. 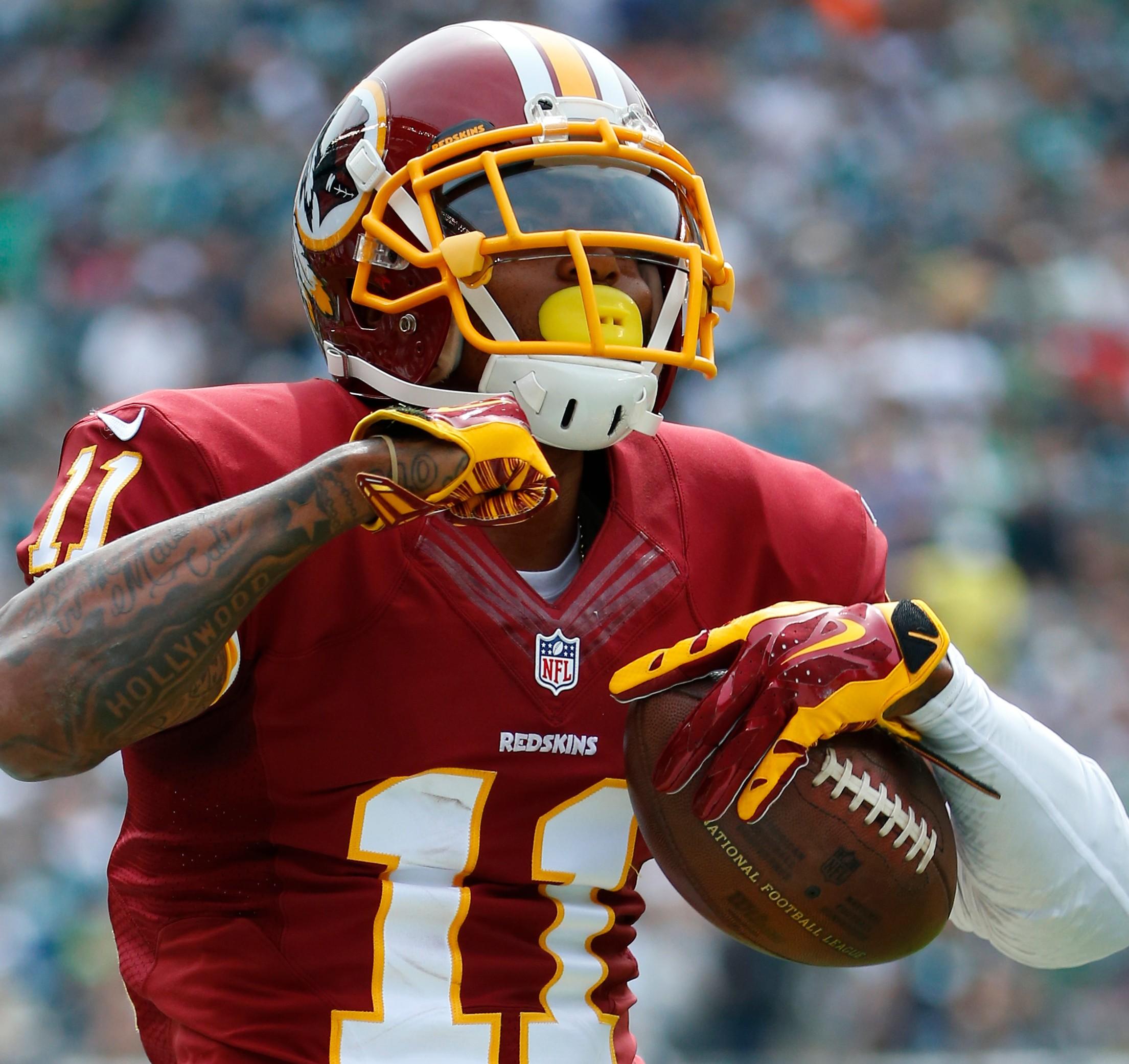 Photo: Redskins wide receiver DeSean Jackson is back and ready to go against the Patriots.

Photo: Redskins wide receiver DeSean Jackson is back and ready to go against the Patriots. Photo courtesy of isportsweb.com.

Bench ‘em:
Players who we think should not be in your starting lineup this week.
Ben: Eddie Lacy, Green Bay Packers, RB
Just for this week. The Panthers defense is a force to be reckoned with and the number one reason they're undefeated. They can stop Lacy, but after this week he is worth a start.
Charlie: Brandin Cooks, New Orleans Saints, WR
Cooks has been looking like a WR2 for a few weeks now, but this week he faces off against one of the top pass defenses in the NFL in the Tennessee Titans.
Mateo: Frank Gore, Indianapolis Colts, RB
Going against the amazing Broncos defense, Gore won't put up a very good stat line.
Mr. Feeney: Carlos Hyde, San Francisco 49ers, RB
Although he's been playing, he just revealed that he has a stress fracture in his foot which will more than likely hinder his production. 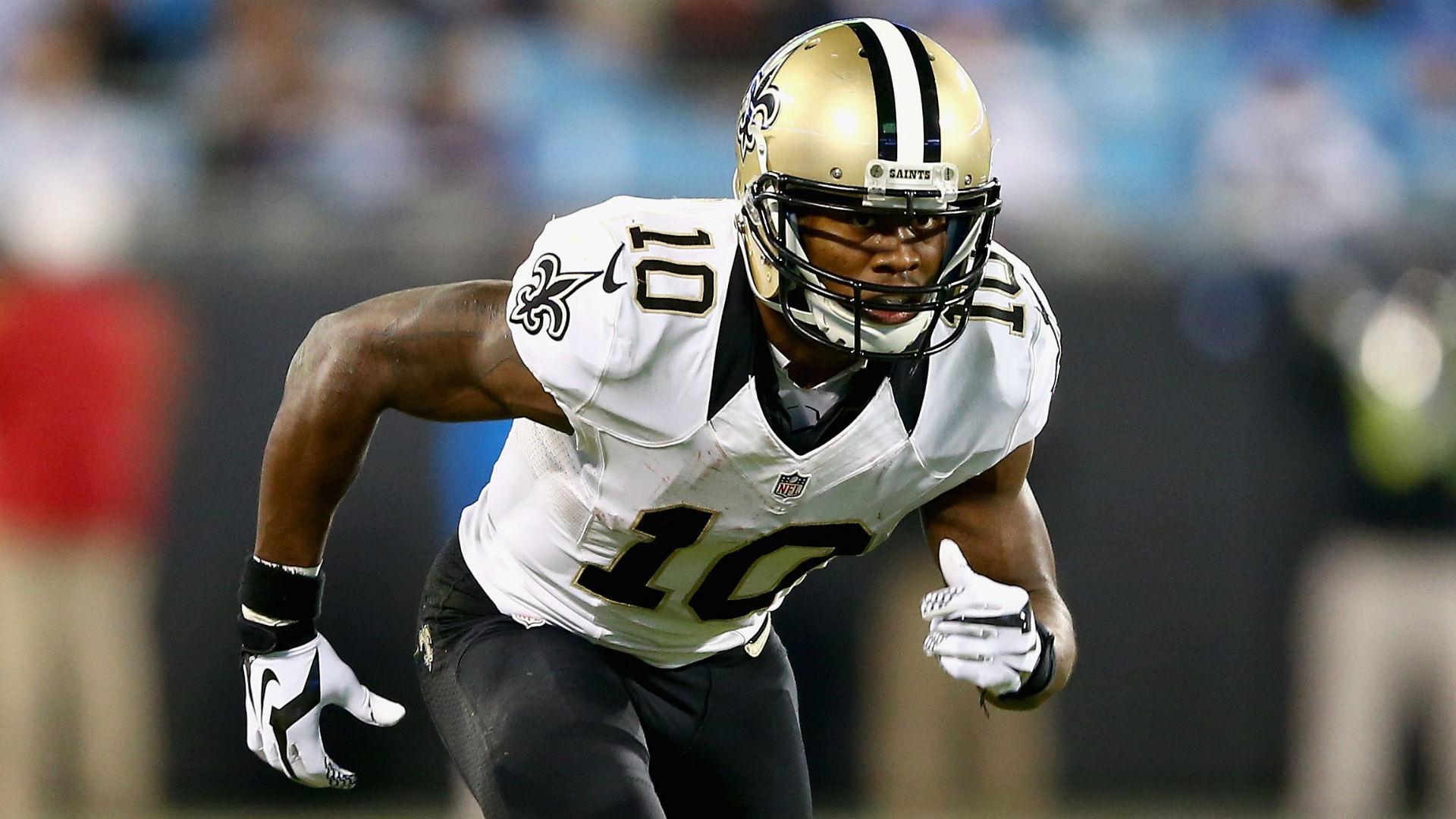 Photo: Saints wide receiver Brandin Cooks could be shut down by the Titans this week.

Photo: Saints wide receiver Brandin Cooks could be shut down by the Titans this week. Photo courtesy of sportingnews.com.

Trust
Players who performed well last week and are certain to have great performances again.
Ben: Marshawn Lynch, Seattle Seahawks, RB
Lynch has gotten rid of the injury that hampered him, and proved so on Thursday night last week. Back to being a truck on the field, Lynch will be relied on to score his touchdowns.
Charlie: Drew Brees, New Orleans Saints, QB
Okay, so he won't have another 45 point game. But Brees and the Saints are back in form, and you can look for this quarterback to put his early season woes behind him.
Mateo: Devonta Freeman, Atlanta Falcons, RB
Freeman is amazing every week, and it doesn't look like he's in any danger of slowing down.
Mr. Feeney: Philip Rivers, San Diego Chargers, QB
He has had 5 consecutive games with over 300 yards passing, look for that to continue.

Bust:
Players who had one great performance, but we think won't do so well this week.
Ben: Drew Brees, New Orleans Saints, QB
No possible way he comes close to matching his totals from last week against the worst secondary in the league against a tougher than expected Titans secondary.
Charlie: T.J. Yeldon, Jacksonville Jaguars, RB
Yeldon had a monster game just before his bye, posting 18 fantasy points, but is unlikely to have a repeat against the #2 ranked Jets defense.
Mateo: Jonathan Stewart, Carolina Panthers, RB
Jonathan Stewart picked it up the last few weeks, but don't look for this to continue. He is too old, and still has some tough matchups ahead.
Mr. Feeney: Ryan Tannehill, Miami Dolphins, QB
Although he played well in past weeks, on Sunday he plays against a decent Bills defense.

Week 2 Off the waiver wire:
Players who are under the radar, and can be picked up in most fantasy leagues.
Ben: James Starks, Green Bay Packers, RB
He'll be getting the brunt of the carries if Eddie Lacy is not feeling it, which is highly possible. He won't run off like he did in week six, but he'll see a lot of touches if he can move the ball.
Charlie: Jameis Winston, Tampa Bay Buccaneers, QB
Winston started the season with a ridiculous number of interceptions, but he's starting to get into his groove. The last two games he scored 18 and 20 fantasy points without throwing any picks, and with Mike Evans returning to form, Winston could become a good fantasy QB.
Mateo: DeAngelo Williams, Pittsburgh Steelers, RB
Williams is taking over for Le'Veon Bell in a high powered offense that is committed to the run game. He will be an RB2 going forward.
Mr. Feeney: Stevie Johnson, San Diego Chargers, WR
Coming off an injury last week he got right back into the thick of things and his production will return to normal as his recovery progresses. Keenan Allen is also out for the season, making Johnson the default WR1.