Once a week SCO staff writers Ben Yokoyama and Charlie Lott will post their fantasy football predictions alongside those of a special guest teacher and one student from the general Blair population. To submit your fantasy football picks, you need to pick one player for each of the below categories, and write a brief explanation of why you have chosen him. Send your picks in to our experts to get them online.

Start ‘em:
Players who are locks to play this week.
Ben: Matt Forte, Chicago Bears, RB
Forte had an excellent game last week, and although the Cardinals have a good defense, they were unable to prevent opponent running backs from excelling in the passing game, where Forte is known for doing damage.
Charlie: Drew Brees, New Orleans Saints, QB
Brees put up poor numbers in his first game of the year, but that was largely due to a tough matchup and a poor showing from his wide receiver group. But this week he has an easy matchup in the Tampa Bay Buccaneers.
Thierry: Tom Brady, New England Patriots, QB
He played like the best QB in the league, and even in Buffalo he can find a way to get the ball to his receivers.
Ms. Werdann: Nick Folk, New York Jets, K
The Jets will be kicking more field goals rather than touchdowns against the Colts. The last two years he has scored more points than his offense combined. 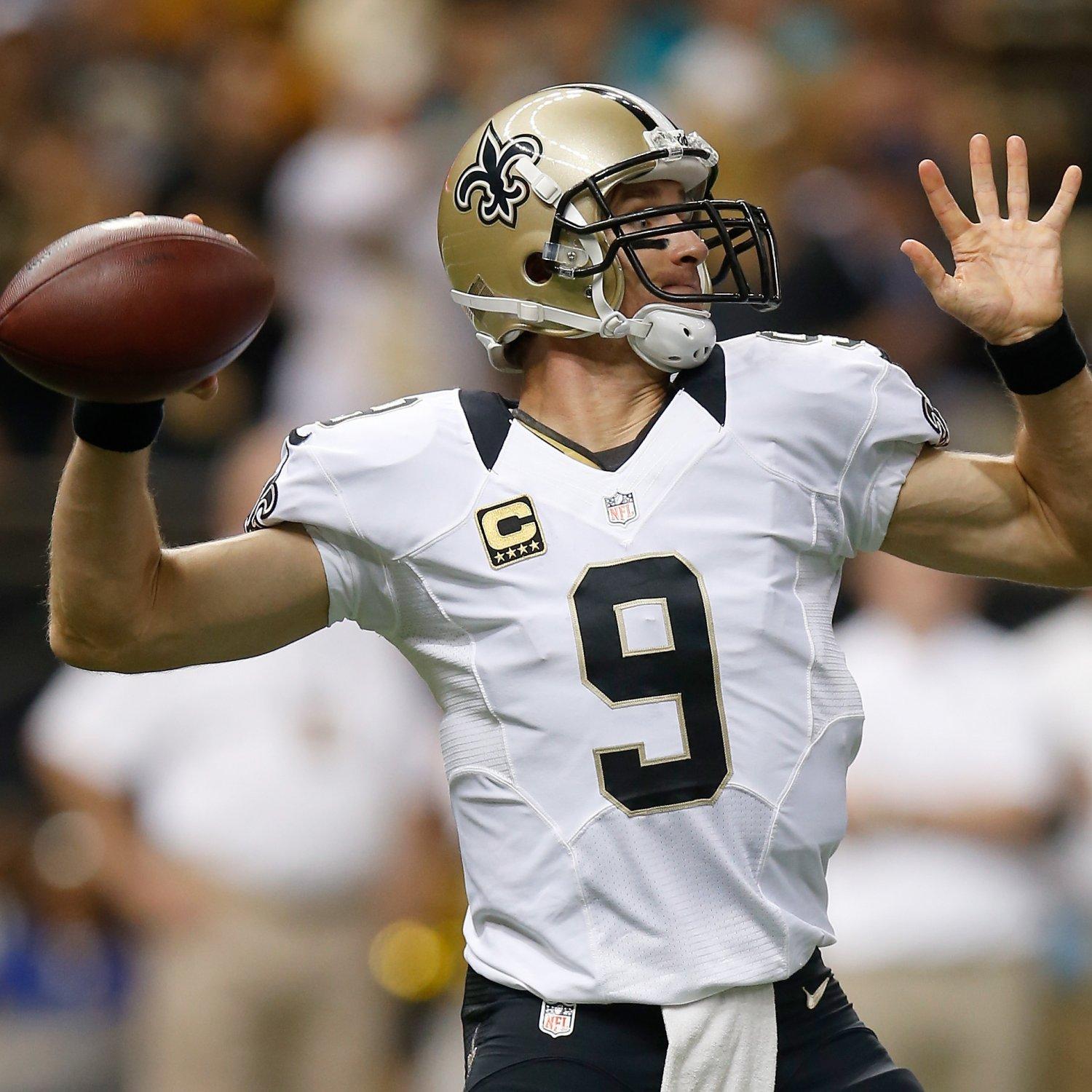 Photo: Drew Brees, quarterback for the New Orleans Saints, is a sure bet in Week 2.

Photo: Drew Brees, quarterback for the New Orleans Saints, is a sure bet in Week 2.

Bench ‘em:
Players who we think should not be in your starting lineup this week.
Ben: Eddie Lacy, Green Bay Packers, RB
Lacy is playing the stout Seattle defense that allowed 34 points to the Rams, but most of the damage was done in the passing game. Lacy will have a tough time against their strong front 7.
Charlie: CJ Anderson, Denver Broncos, RB
CJ Anderson was lauded as a slam dunk RB1, but this week he has another tough matchup in the Chiefs. He's also surrounded with injury concerns, and has Ronnie Hillman nipping at his heels.
Thierry: Odell Beckham Jr., New York Giants, WR
Beckham disappointed in his first game of the season, and Eli Manning was spreading the ball around to all his receivers, limiting Beckham's touches.
Ms. Werdann: LeGarrette Blount, New England Patriots, RB
Where did Buffalo (aka Toronto) and their defense come from… Looked good in week 1 so Blount may struggle for yards.

Trust
Players who performed well last week and are certain to have great performances again.
Ben: Carson Palmer, Arizona Cardinals, QB
Palmer came off a season ending injury and had a terrific game against the Saints, against a subpar Bears defense, and with their starting running back out, Palmer will be relied on and will perform again.
Charlie: Bishop Sankey, Tennessee Titans, RB
Last year, Sankey did poorly as a rookie, but he should thrive this season with the addition of QB Marcus Mariota. You won't see twenty points every week, but he should consistently put up RB2 numbers.
Thierry: Marcus Mariota, Tennessee Titans, QB
He did so well in his rookie debut, and he's going to keep it up against the Browns' defense, which even Ryan Fitzpatrick did well against last week.
Ms. Werdann: Marcus Mariota, Tennessee Titans, QB
He will get a lot of opportunities against the Browns defense…plus the Browns turned the ball over 5 times last week. That leaves a lot of offense for Mariota.

Bust:
Players who had one great performance, but we think won't do so well this week.
Ben: Tyler Lockett, Seattle Seahawks, WR
Lockett returned a punt for a touchdown, but he still won't be targeted enough by Russell Wilson to have a fantasy impact.
Charlie: Percy Harvin, Buffalo Bills, WR
Tyrod Taylor is not a consistent NFL quarterback. Harvin's performance last week were largely do to a few long bombs that won't be thrown his way in weeks to come.
Thierry: Rob Gronkowski, New England Patriots, TE
Even though he's arguably the best in the game, the Bills' defense is good and doesn't allow many passing touchdowns to tight ends.
Ms. Werdann: Tony Romo, Dallas Cowboys, QB
He's Tony Romo…he's due for some turnovers.

Week 2 Off the waiver wire:
Players who are under the radar, and can be picked up in most fantasy leagues.
Ben: Donte Moncrief, Indianapolis Colts, WR
With number one receiver T.Y. Hilton out for at least this week, Moncrief, who caught a touchdown from Andrew Luck last week, will be the number two receiver in a pass-happy offense.
Charlie: Dion Lewis, New England Patriots, RB
With pass-catching back Shane Vereen now with the Giants, there is room on the Patriots for a second fantasy running back. Lewis proved week one that he can be effective in the NFL.
Thierry: Stefon Diggs, Minnesota Vikings, WR
He's really fast, he had a great preseason and can make some big plays if he gets called on.
Ms. Werdann: Alfred Blue, Houston Texans, RB
He's a strong back that could break through against the Panthers defense.