Start ‘em:
Players who are locks to play this week.
Ben: Teddy Bridgewater, Minnesota Vikings, QB
He finally scored a decent amount of points, and against a let down Falcons defense that lost to Matt Hasselbeck expect him to continue the trend.
Charlie: Danny Woodhead, San Diego Chargers, RB
Danny Woodhead had a crap game last week, but that was mainly due to a tough matchup against the Chiefs defense. He should bounce back this week against Jacksonville.
Noah: Tom Brady, New England Patriots, QB
Brady is coming off of a do rough games but he should bounce back against the Broncos.
Mr. Walker: T.J. Yeldon, Jacksonville Jaguars, RB
This is Yeldon's breakout week. The Chargers are already one of the worst run defenses in the league and Philip Rivers is running out of guys to throw the ball to. The Jags defense is better than it's reputation suggests, I think they lead for most of the second half and kill the clock with one of the only true workhorse backs left in the NFL. 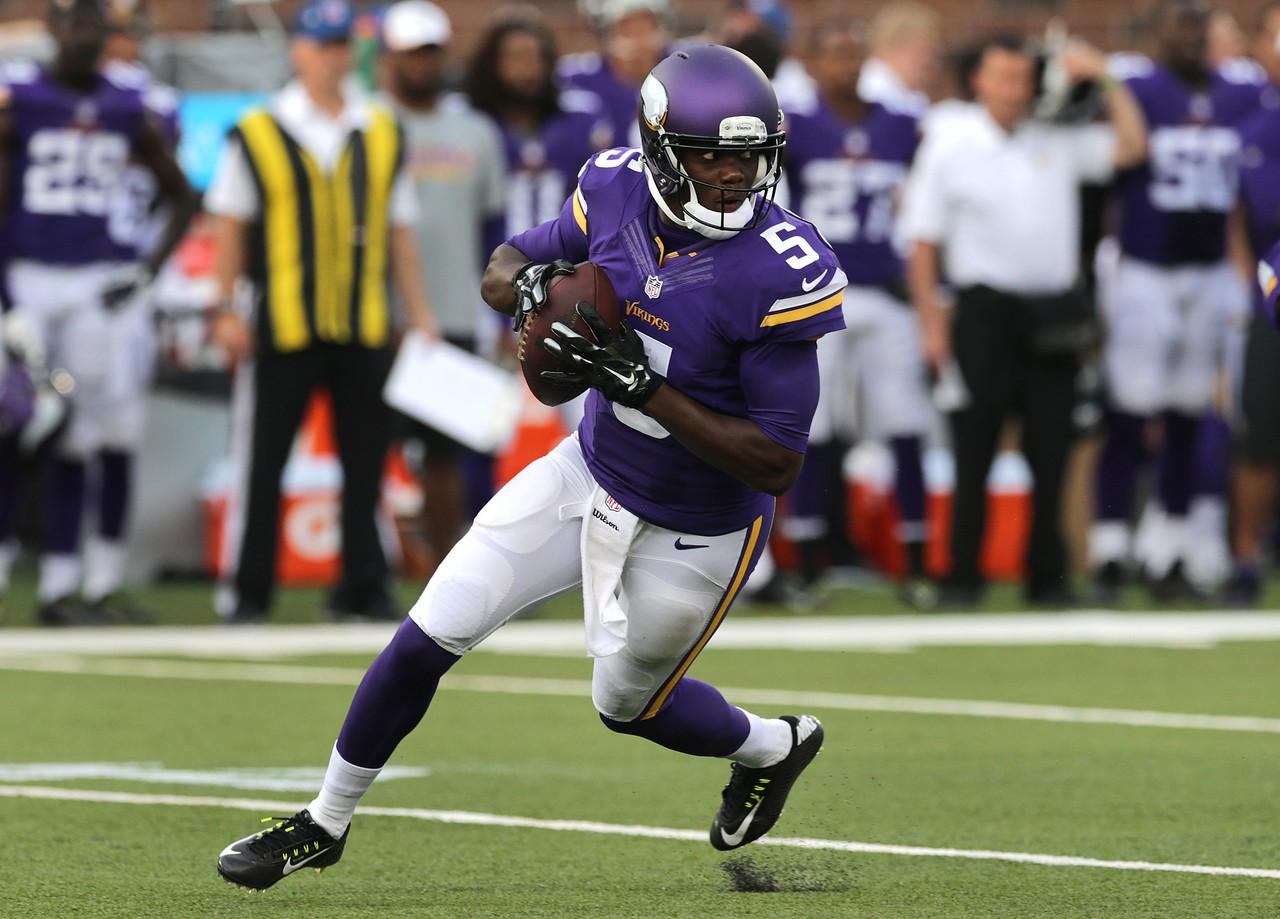 Photo: Bridgewater will keep rolling against the Falcons this week.

Photo: Bridgewater will keep rolling against the Falcons this week. Photo courtesy of NFL.com.

Bench ‘em:
Players who we think should not be in your starting lineup this week.
Ben: Chris Johnson, Arizona Cardinals, RB
Even though he's fast, agile and playing the 49ers, the Cardinals have two other running backs who have proven themselves, and their touches will only increase.
Charlie: A.J. Green, Cincinnati Bengals, WR
Green has been ineffective all year, and this week he draws a tough matchup against up-and-coming corner Janoris Jenkins. He belongs on your fantasy bench.
Noah: Matt Jones, Washington Redskins, RB
Jones has run hot and cold all season, and should stay on your bench in this one.
Mr. Walker: Dez Bryant, Dallas Cowboys, WR
Josh Norman is the real deal and he will be shadowing Dez all game. The Cowboys play at the slowest pace in the league and both teams will be running the ball a lot. I don't see enough opportunity for Dez to be anything more than a red zone TD prayer. 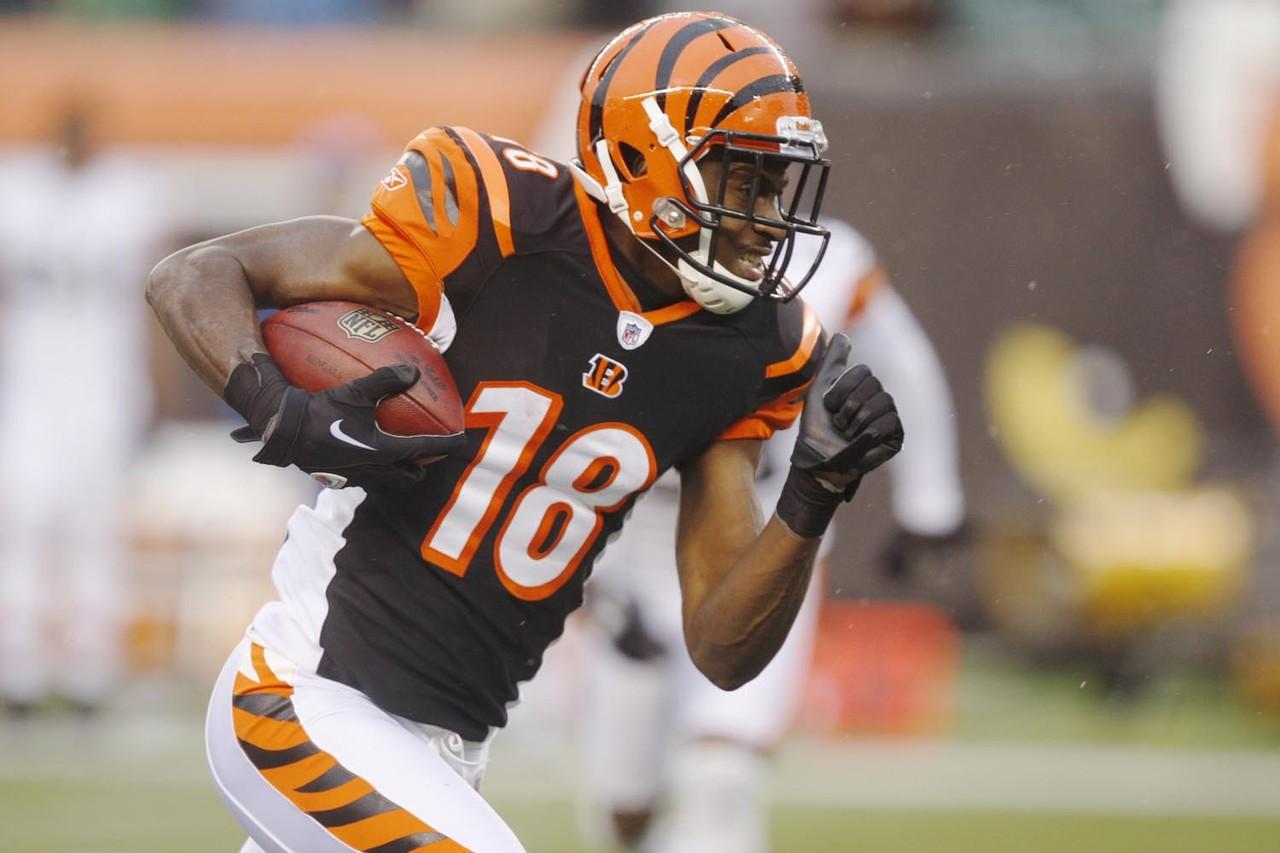 Photo: Keep AJ Green on the bench this week against the Rams.

Photo: Keep AJ Green on the bench this week against the Rams. Photo courtesy of NFL.com.

Trust
Players who performed well last week and are certain to have great performances again.
Ben: Jonathan Stewart, Carolina Panthers, RB
Stewart was just a powerful runner, even against the weak Redskins defense. He ran over defenders and ran through big piles and even got involved in the passing game. The Cowboys defense stopped Lamar Miller last week, but Stewart is a different beast.
Charlie: Thomas Rawls, Seattle Seahawks, RB
Beast Mode could be out for a long time due to complications involving a sports hernia, setting the seen for Rawls to continue his dominant streak.
Noah: Carson Palmer, Arizona Cardinals, QB
Palmer has been great all year, both in fantasy and in real life. He should now be a starting QB regardless of matchup.
Mr. Walker: Gary Barnidge, Cleveland Browns, TE
Double digit points in every game Josh McCown has started this year and 6 TDs in those 6 games. Now he gets a bad Ravens secondary on Monday night at home.

Bust:
Players who had one great performance, but we think won't do so well this week.
Ben: Ronnie Hillman, Denver Broncos, RB
He hit 100 yards and both he and CJ Anderson put up a lot of yards per carry last week, but against the Patriots Hillman won't be able to score again, nor will he run for so many yards again.
Charlie: Alfred Blue, Houston Texans, RB
Most of Blue's points came from a trick play where he caught a pass from wide receiver Cecil Shorts, and with Jonathan Grimes and Chris Polk stealing touches, this backfield is one to stay away from.
Noah: Mason Crosby, Green Bay Packers, K
Crosby had a monster stat sheet last week, but the Packers are getting to be more efficient on offense and should be forced to kick fewer field goals going forward.
Mr. Walker: Jeremy Hill, Cincinnati Bengals, RB
He scored twice last week, but the Rams are strong up the middle where Hill does his work. This looks more like a Gio Bernard game.

Week 2 Off the waiver wire:
Players who are under the radar, and can be picked up in most fantasy leagues.
Ben: Marcus Mariota, Tennessee Titans, QB
Even in a losing effort, Mariota still put up over a dozen with the rushing touchdown. Against the Raiders his legs will help him again.
Charlie: Javorious Allen, Baltimore Ravens, RB
With Ravens dropping like flies, the new starting running back will be Javorious "Buck” Allen. He might not be an every week starter, but the Ravens play the porous Browns run defense this week, making Allen an ideal spot start.
Noah: Mike Tolbert, Carolina Panthers, RB
Tolbert has vultured his fair share of touchdowns, and his usage is trending upwards.
Mr. Walker: Josh McCown, Cleveland Browns, QB
Passing yards against good defenses: 213 (Den), 270 (Stl), 211 (Ari). Against bad defenses: 457 (Bal), 356 (SD), 341 (Oak). Guess which category the Ravens fall under.