This week we are joined by Social Studies teacher Ms. Rich and freshman Oliver Goldman to help you set your fantasy football lineup for week two! 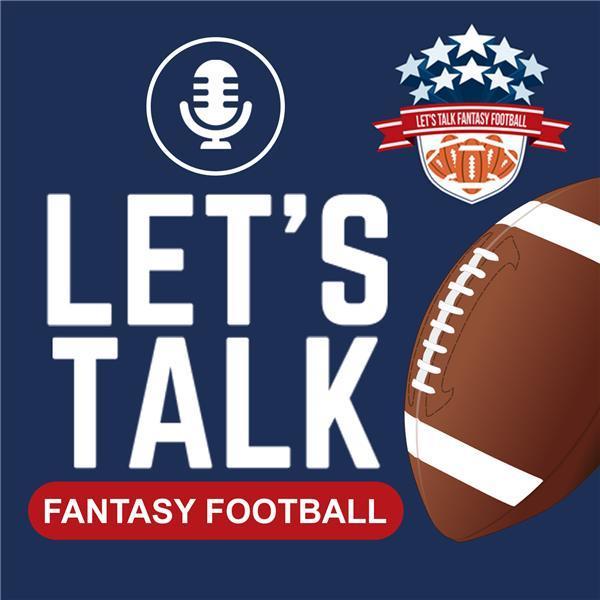 Photo: Need some help setting your lineup? Come back every week to see our predictions!

Photo: Need some help setting your lineup? Come back every week to see our predictions!


Start ‘em:
Players who are locks to play this week.
Nate: Amari Cooper, Oakland Raiders, WR
Amari Cooper led the Raiders in targets last week, with 13, and scored a nice red zone touchdown. If Derek Carr continues to look his way, he should put up big numbers against a weak Jets defense.
Ryan: Carson Palmer, Arizona Cardinals, QB
After RB David Johnson's wrist injury last week, the Cardinals will be forced to rely heavily on the pass. This bodes well for Palmer, who will rebound from a mediocre week 1 performance to dominate the Colts.
Oliver: Kareem Hunt, Kansas City Chiefs, RB
Rookie Kareem Hunt will look to continue his fantasy onslaught this week against a mediocre Philadelphia team. The Philly front seven looked okay last week against a poor Redskins running game, and the Chiefs will give Hunt plenty of touches following his monster game at Gillette Stadium last week.
Ms. Rich: Antonio Brown, Pittsburgh Steelers, WR
He is just a solid choice every week for a starting spot. He is a consistent, solid point scorer every week of the season.

Sit ‘em:
Players who we think should not be in your starting lineup this week.
Nate: Jason Witten, Dallas Cowboys, TE
You may be thinking Witten is a lock to start after his big game last week, but I'd beware this time around, as the Cowboys draw a tough matchup against the elite Broncos defense
Ryan: Drew Brees, New Orleans Saints, QB
This pick may come as a surprise, since Brees is almost always a solid start. But the Patriots will not want to go 0-2, and they will come out firing trying to shut down the Saints' passing offense. Brees may still perform like his usual self, but it's worth thinking about benching him this week.
Oliver: Carlos Hyde, San Francisco 49ers, RB
Following a subpar seven point performance last week, don't look for Hyde to surpass that amount this week against an elite Seattle front seven. Hyde has been a reliable fantasy option the past few years, just consider starting someone else this week.
Ms. Rich: Martavis Bryant, Pittsburgh, WR
He tends to be overshadowed by Antonio Brown and his first week performance proved that. He would be good to sit for now and see what happens later.

Trust:
Players who performed well last week and are certain to have great performances again.
Nate: Todd Gurley, Los Angeles Rams, RB
After racking up close to 20 fantasy points in a blowout win against the Colts, expect Gurley to perform again in what should be a closer battle against the Redskins.
Ryan: Marshawn Lynch, Oakland Raiders, RB
Marshawn Lynch proved he is back with a solid 76 yard rushing game last week. Expect him to have an even better game next week as he tears up the Jets' poor run defense.
Oliver: Brandin Cooks, New England Patriots, WR
The Pats surprisingly underperformed last week and took a loss to the Chiefs, in which Cooks racked up 88 yards but no TDs. Look for him and the Pats to have a rebound game this week at New Orleans, whose secondary got absolutely shredded by Sam Bradford and Stefon Diggs last Monday. If you have him, Cooks is a must start this week.
Ms. Rich: Kareem Hunt, Kansas City Chiefs, RB
He got a ton of points in the first week which will probably not be the norm throughout the season but he can definitely be trusted to continue to put up decent numbers for the rest of the time as a star running back.

Bust:
Players who had one great performance, but we think won't do so well this week.
Nate: Kenny Golladay, Detroit Lions, WR
Don't get too hyped about Golladay, who put up a 69 yard, two TD performance against the Cardinals last week. He's still third on the depth chart, and he'll have a much harder time producing against a Giants defense that is strong against the pass.
Ryan: Stefon Diggs, Minnesota Vikings, WR
Stefon Diggs had a fantastic two-touchdown performance to kick off his year. But, he proved last year that he is inconsistent and facing the Pittsburgh defense won't help him this week.
Oliver: Mike Gillislee, New England Patriots, RB
Gillislee rushed for 45 yards and an astounding 3 TDs last week against the Chiefs. These 3 TDs came in a game where Tom Brady threw not a single touchdown, so don't expect recurring red zone touches for Gillislee. The Pats also sport a 3 RB depth chart, with no distinguished "starter,” so it's hard to tell what's up with the Pats' run game any given week.
Ms. Rich: Austin Hooper, Atlanta Falcons, TE
He got lucky with one long TD run due to bad defense but I do not think he will repeat that feat this week.

Week 2 Off the waiver wire:
Players who are under the radar, and can be picked up in most fantasy leagues.
Nate: Kerwynn Williams, Arizona Cardinals, RB
David Johnson is set to undergo surgery that will keep him out for two to three months. Williams is next in line on the depth chart and scored a TD immediately after Johnson came out last week. Even if you aren't the poor sap who drafted Johnson in the first round, try to snag his backup.
Ryan: Cooper Kupp, Los Angeles Rams, WR
Cooper Kupp surprised many with a breakout game last week. He will be a great pickup since his numbers will only get better as Jared Goff comes into his own.
Oliver: Deshaun Watson, Houston Texans, QB
Deshaun Watson caught his first glimpse of a professional football field last week against the Jaguars, throwing a TD on his first NFL drive. Look for Watson to throw some TDs up to Deandre Hopkins, and to use his athleticism to run the ball as well. Watson has been recently named the starter for week two by Head Coach, Bill O'Brien.
Ms. Rich: Tarik Cohen, Chicago Bears, RB
He is a lesser known RB but he had a great first week performance with 113 all-purpose yards and a touchdown. He's going to eat into Jordan Howard's touches in the coming weeks.