Winner, losers and in between

Be prepared to be blown away by Hollywood glitz and entertainment at its best! In recent years the Oscars have been one of the most anticipated entertainment event of the entire year and if the extent of anticipation is any indication of how exciting they will be, then this year looks likely to be more exciting than the super bowl, the recent elections and the return of "Lost" combined.

All three say: The Academy will hand Forest Whitaker this Oscar on a silver platter despite the heavy competition, with veteran actor Peter O'Toole("Venus") and charismatic Leonardo DiCaprio("Blood Diamond"). Even though Whitaker has formidable competition, the subject matter of "The Last King of Scotland" and his frightening portrayal of the cannibal king Idi Amin will ultimately earn Whitaker one of the most coveted awards in cinema. 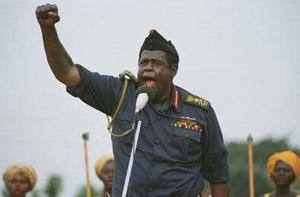 Kate says: The Academy isn't used to seeing comedians in serious roles, but they might want to get used to it after Eddie Murphy's performance in "Dreamgirls." Even with recent flops like "Norbit," Eddie Murphy proves that he can pull off the serious face just as well as the funny one we've come to love.

Boris says: Alan Arkin in "Little Miss Sunshine" pulls off the difficult role of a cocaine-addict grandfather/coach to a wannabe starlet beautifully. With an outstanding demeanor of sarcasm and foul language, Arkin truly does a wonderful job of playing off of the other characters in the film.

Bridget says: Djimon Hounsou of "Blood Diamonds" will take home the title of Best Supporting Actor. Unlike that of Murphy and Arkin, Hounsou's character leads a tough and harrowing life, which Hounsou illustrates superbly with vivid emotion and heart-wrenching acting.

All three say: Helen Mirren, star of "The Queen," deserves this Oscar hands down, because she is able to successfully bring across an air of believable sadness, pride and confusion as the eponymous Queen. She had some pretty big shoes to fill, but she handles the complexity of the role spectacularly.

Boris says: Rinko Kikuchi, a newcomer in American films but a veteran in Japanese cinema, plays a sexually and emotionally frustrated deaf-mute teenager in Japan. She gives a powerfully sincere performance wrapped in serious emotion that makes her a definite competitor in this Oscar category. 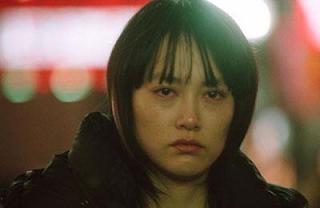 Bridget and Kate say: Jennifer Hudson owns the category of Best Supporting Actress for his acting and singing in "Dreamgirls," not only because she not only broke out as an amazing singer, but also as an actress that can handle all sorts of situations. Her character is arrogant and not entirely likeable, but Hudson handles every second superbly.

Critics agree that "Happy Feet" has been received surprisingly well among a wide range of age groups, making it a film that can be enjoyed by the entire family, unlike other children's films released this year. "Happy Feet" will be pulling in this Oscar for its superb animation, humorous plot and talented voice cast. 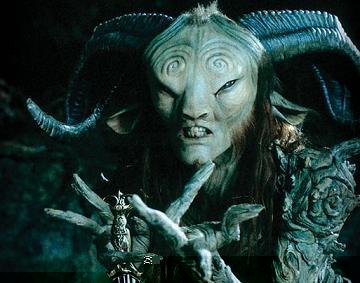 All three say: "Pan's Labyrinth" deserves this Oscar for its incredible fantasy scenes. The film features amazing art in the form both of a young girl's fantasy and the actual reality. "Pan's Labyrinth," a film with a complex and confusing, yet worldly message, is physically, cinematically and emotionally stunning and will awe viewers and the Oscar judges enough to rake in the award.

Kate and Boris say: "Children of Men," which tells the unique story of a man escorting a pregnant woman to safety in a world where no child his been born in twenty years, is provoking and visually brilliant. The scenes are uniquely composed and well filmed. The camerawork is incredible and original conveying emotion and tension to ever scene.

Bridget says: "The Prestige," another film directed by the famous Christopher Nolan, is commendable for both the aesthetic perspective of cinematography and the unique way the filming foreshadows the entire movie. The foreshadowing is perhaps the most notable as it hints towards the conclusion of the film, without being obvious in any way. 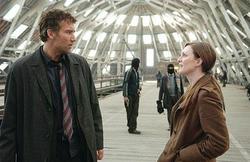 All three say: "Marie Antoinette" showcases elaborate Victorian-era clothing that overshadows competition like the ultra-modern "The Devil Wears Prada" and the sparkly garb of the "Dreamgirls" cast.

All three say: Alejandro Inaritu for "Babel" strikes gold with his genius directing skills in this film which is universally brilliant. With its three distinct locales ( Japan, the United States and an Arab nation) his direction displays pure grace and genius, while maintaining the complexity and integrity of "Babel."

All three say: "Babel." The true stirring power of Babel lies in the film's ability to seamlessly cut from totally unrelated locales, such as the busy night life of Tokyo to a bustling wedding in a Mexican suburb, and still maintain the meaning and flow of the film. The power and elegance of this film's editing practically guarantee it the Oscar for Achievement in Film Directing.

All three say: "Pan's Labyrinth" has been featured in cinemas around the world, and is truly an enjoyable, as well as emotional, film. The film appeals to more than just foreign film hounds because of its originality and creativity. The film's ability to incorporate historical events into the plot is particularly commendable and of the lineup for this Oscar, "Pan's Labyrinth" stands out as a winner.

All three say: "Apocalypto" is the favored winner of this category. The makeup in the film is very original, with striking body paint and all that authentic charm that makes believe believe what they are seeing. And with competition like "Click," which didn't seem to have a heavy reliance on makeup, and "Pan's Labyrinth," which relies mostly on graphics for its stunning effects, "Apocalypto" is pretty much running by itself. 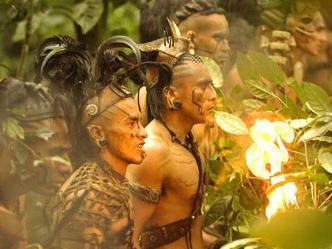 All three say: "Babel" will take home the bacon in the Original Score category for its sweeping instrumental compositions and ethnic music. The binding glue of the film, its music is what often keeps the coherence of the sharp cuts and sets the tone for many of the scenes.

All three say: "Our Town" has memorable background music and soft, delicate instrumentals that are pleasing on the ears. "Our Town" is both well-written and memorable.

Best Motion Picture of the Year

Kate says: "Little Miss Sunshine". It has been a while before a movie has been able to make you cry and laugh and still boast such superior writing, acting and directing. 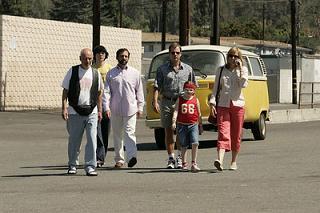 Bridget says: "Letters from Iwo Jima." It portrays a classic example of the endurance of the human spirit and illustrates a disaster with tact and grace, unlike other nonfictional disaster movies which bend the truth more than George Bush.

Boris says: "Babel" is the real winner in this category. A masterfully interwoven story and amazing scenery and score provide for a moving viewing experience set this film deeply apart from its peers.

All three say: The sound editing in "Letters from Iwo Jima" is spectacular, ultimately achieving what every movie wants: sounds so accurate and precise that they transport the audience to the Sulfur Island in the midst of the siege.

All three say: "Dreamgirls" creates music of high quality and creating top notch sounds to blow the minds of the audience. The audio was one of the best parts of the movie as a whole.

Kate and Boris say: Regardless of the quality of "Pirates of the Caribbean," it can be said that the visual effects and graphics were well done. If "Pirates" can win for any category, then it will be for visual effects.

Bridget says: While slammed by critics everywhere "Poseidon" made up for poorly written plot with fantastic realistic visual effects and captivating sequences feature the effects. Setting the bar high for all movies to come "Poseidon" literally makes a viewer hold their breath during brilliantly intense scenes that are far to realistic. 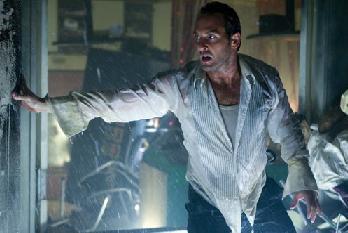 All three say: P.D. James novel "Children of Men" was published in 1992, but only made famous by the recent movie. The screenplay is well written with humor intertwined with the already ingenious story.

All three say: Originality is the word that could most succinctly and accurately describe "Little Miss Sunshine." From its completely oddball characters and the unlikely and often entertaining situations they are put in to the strange brand of humor that permeates the entire film, "Little Miss Sunshine" is a sure favorite among historical films like "The Queen" and "Letters From Iwo Jima" to win the Best Original Screenplay Oscar.

More information about the Oscars can be found here.