Step aside Ratatouille, dishes from the Lunar Year of the Rat are coming through

Traditional dishes bring families close, and shared culture brings them even closer. Among the lights, parades and performances, the smell of sweet and savory home-cooked foods wafts through the Lunar New Year festivities. Just as Chinese parents brought these dishes to the staff luncheon at Blair, scroll through these recipes to introduce the same Asian delights into your own household.

Eating dumplings is the Chinese New Year staple, especially in Northern China. "We always eat dumplings because of the meaning of best wishes for the New Year. The pronunciation of dumpling means change, like a transition from old to new," says Ling Liu, mother of junior Christopher Tong.

Families usually prepare dumplings together, dividing up the many steps: rolling out the dumplings wrappers, folding in the filling, and cooking the finished product. Some dumplings have a hidden coin inside to bless the family member with wealth and prosperity.

Zhen Yuan, mother of junior Yichi Zhang, explains the importance of tea during the staff luncheon. "Chinese people don't drink Chinese tea because they are thirsty—it's a lifestyle. We visit relatives, teachers and friends, and we just have tea and chat together. It's a necessary part of Chinese [New Year]," Yuan says. 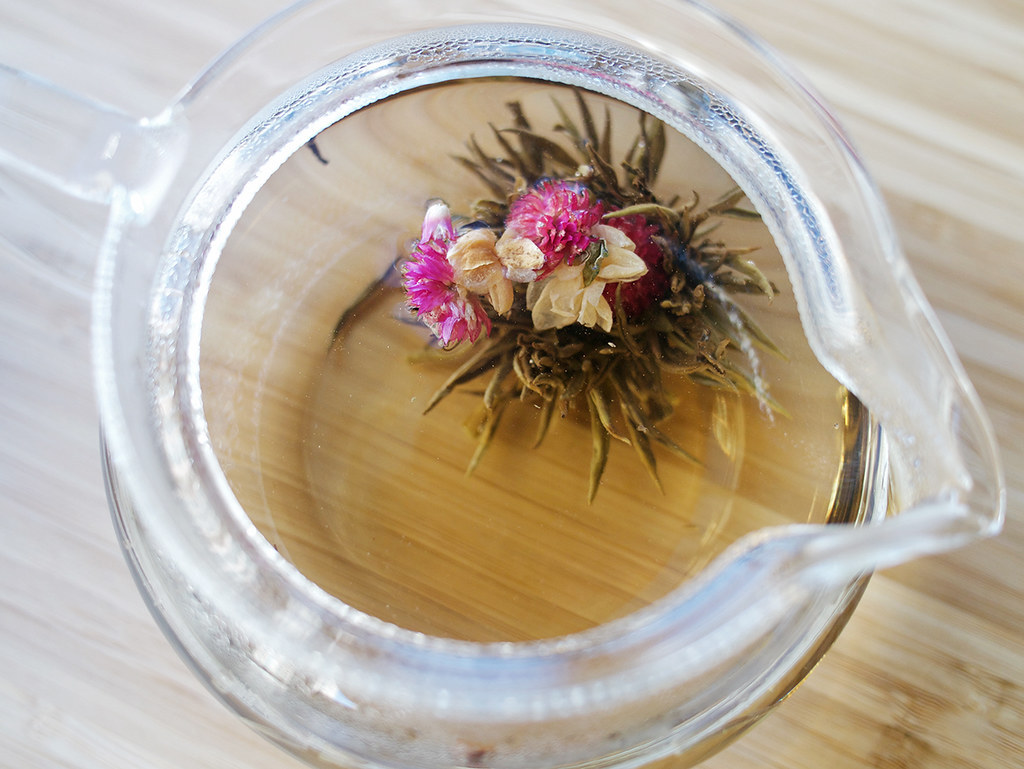 The Chinese drink a variety of tea, ranging from fruit teas to other flower teas such as chrysanthemum. These teas are brewed without any other ingredients such as honey or sugar. "Originally, we drink plain tea as it is. We have other things to serve with the tea, like tea desserts like roasted peanuts, which mean longevity in Chinese culture," Yuan says. Rather than bring luck to the drinker, tea represents familial togetherness.

Lunar New Year also signifies the beginning of spring, so spring rolls are frequently present at the table alongside other traditional dishes. "On the day of Start of Spring, people wrap lettuce in crusts and make spring rolls. People eat them separately to pray for good health. This is called "biting spring" and gradually becomes daily food," Bin Chen, mother of junior Christina Chen, says. 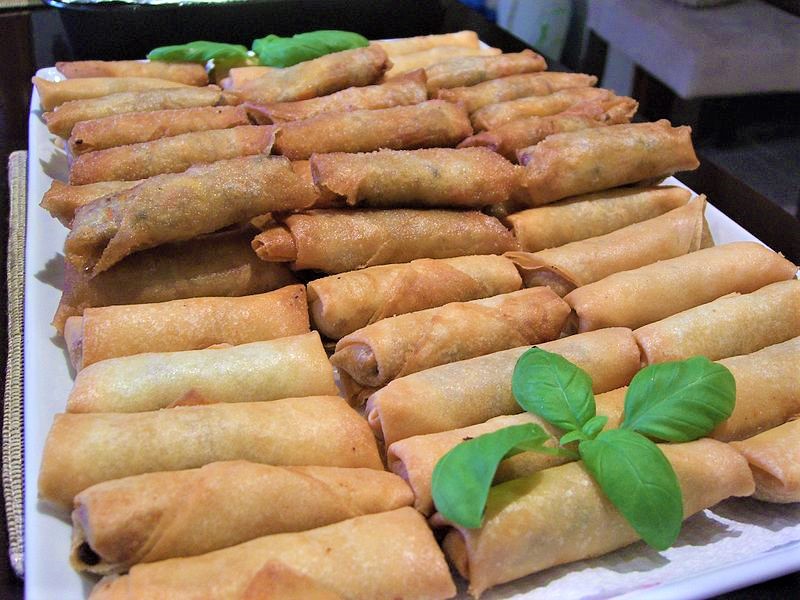 Photo: Spring rolls are frequently present at the table alongside other traditional dishes (courtesy of Wikimedia Commons).

Photo: Spring rolls are frequently present at the table alongside other traditional dishes (courtesy of Wikimedia Commons).

A popular saying in China relates spring rolls to gold bars (黄金万两 -huang-jin wang-liang) due to the food's deep golden color when fried, which represents wealth and prosperity.

"Fish (鱼 - yu) in Chinese sounds like 'rich', or that you have more than enough," Liu says. Due to this double meaning, eating fish on New Year's Eve represents a lucky symbol for the future. 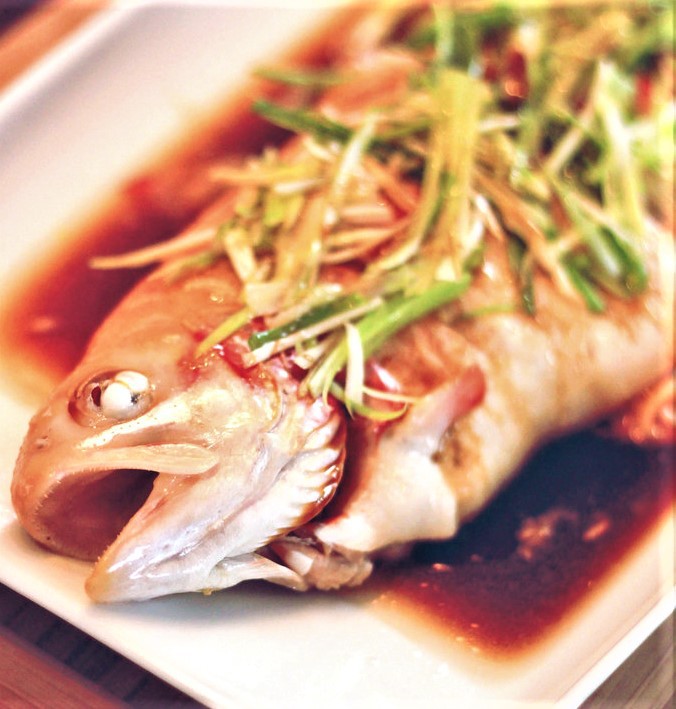 Photo: In China, eating fish on New Year's Eve represents a lucky symbol for the future (courtesy of Creative Commons).

Photo: In China, eating fish on New Year's Eve represents a lucky symbol for the future (courtesy of Creative Commons).

"When we cook the fish, we don't chop off the tail or head, we cook the whole fish and present it on the table," Yuan says. In various areas in China, the tail and head should be saved until after the new year begins in hopes of having surplus for the entire year.

In addition to China's parades, foods and customs, other countries in East Asia have developed unique Lunar New Year traditions, including food special to their nations. In Korea, Lunar New Year, called Seollal (설날), goes hand in hand with a common dish called ddeokguk. This dish is a rice cake soup, where slices of white rice cake are topped with sliced egg, meat and roasted seaweed. 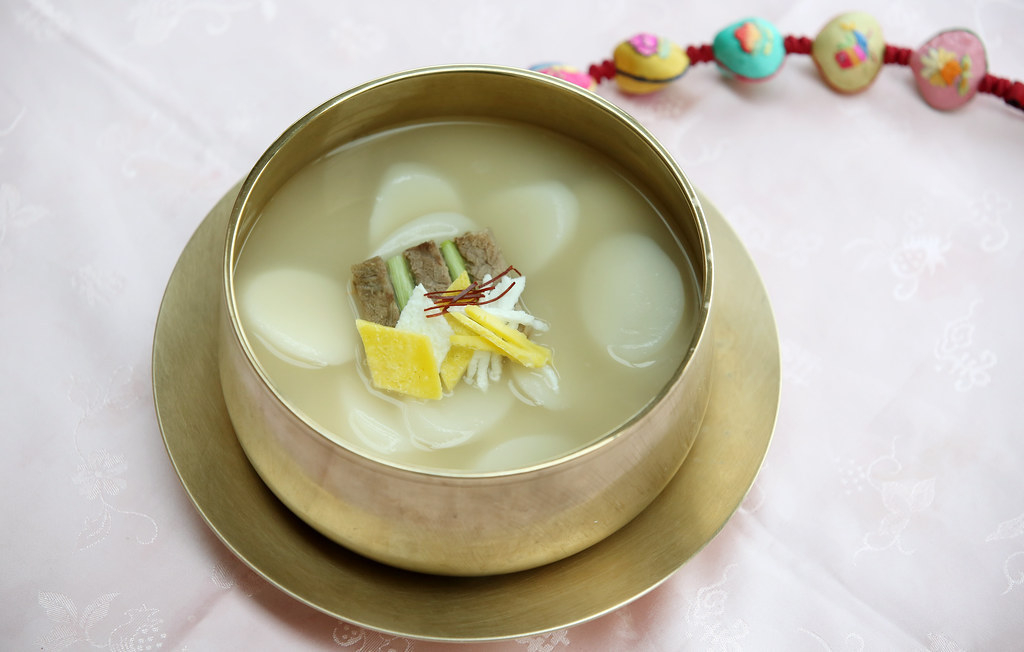 Tradition says that eating ddeokguk marks another year, allowing every person to age one year. Sophomore John Kim explains the aging process, "My parents say 'If you don't eat your ddukguk, you won't get older, John.' In Korea, when you're born, you start out as one year old, and on New Year you gain another year." 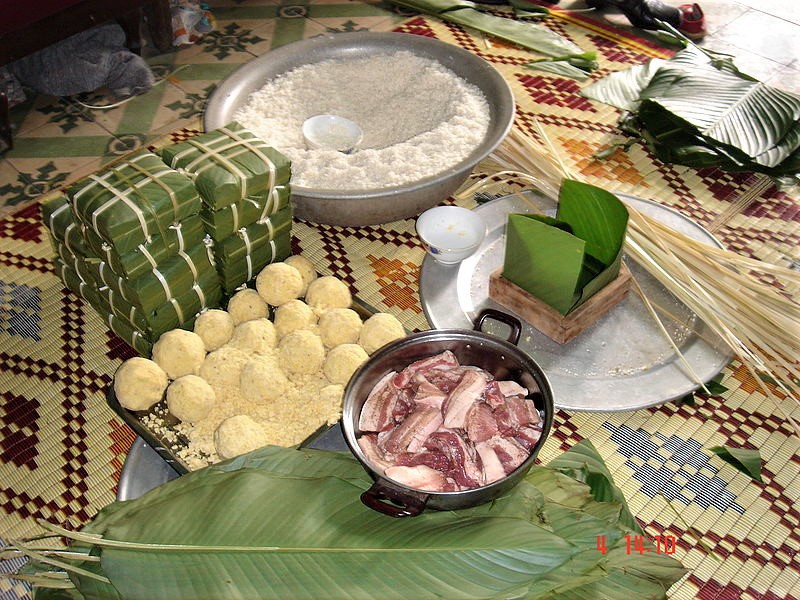 Photo: Sticky rice dishes are served in Vietnam in celebration of the Lunar New Year (courtesy of Wikimedia Commons).

Photo: Sticky rice dishes are served in Vietnam in celebration of the Lunar New Year (courtesy of Wikimedia Commons).

Bánh Chưng and Bánh Tét are similar in ingredients, but the latter is a modified version of the former in its round shape. "The circular [rice cake] represents the moon, and the square represents the ground or Earth," Bach says.

While these dishes signify wealth, luck, and age, they ultimately bestow good fortune and love onto each family member. "[Lunar] New Year is the most important holiday for Asian people, somewhat like Thanksgiving with the meaning of family reunion and changing to the next year for best wishes and staying healthy, rich, all the good wishes for family," says Liu.