Check out Bruce Willis at his best

For this week's SCOback Movie of the Week, we'll be talking about a post-Christmas movie for all of your post-Christmas doldrums. Die Hard is not only a classic action movie, but also takes place on Christmas, making it suitable for family holiday viewing. The tense action sequences and frontiersman heroism featuring New York cop John McClane (Bruce Willis) as a grisled, determined lead serves as a great transition into the new year.

The film opens with McClane traveling to Los Angeles to visit his estranged wife Hollie (Bonnie Bedelia). When he arrives at her office, the building is attacked by German thieves and everyone inside is held hostage. The one variable that master thief Hans Gruber (Alan Rickman) didn't consider is a hardened New York police officer. What ensues is a bloody physical battle as McClane dispatches the thieves one at a time and a mental battle between him and Gruber, who holds his wife as hostage.

Contributing to the timeliness of the movie as it relates to 2017, Alan Rickman was one of many celebrities who passed on in the last year and his performance as ruthless German genius-turned-criminal Hans Gruber is one for the ages, especially given the plethora of magnificent villains that Rickman has portrayed during his life. 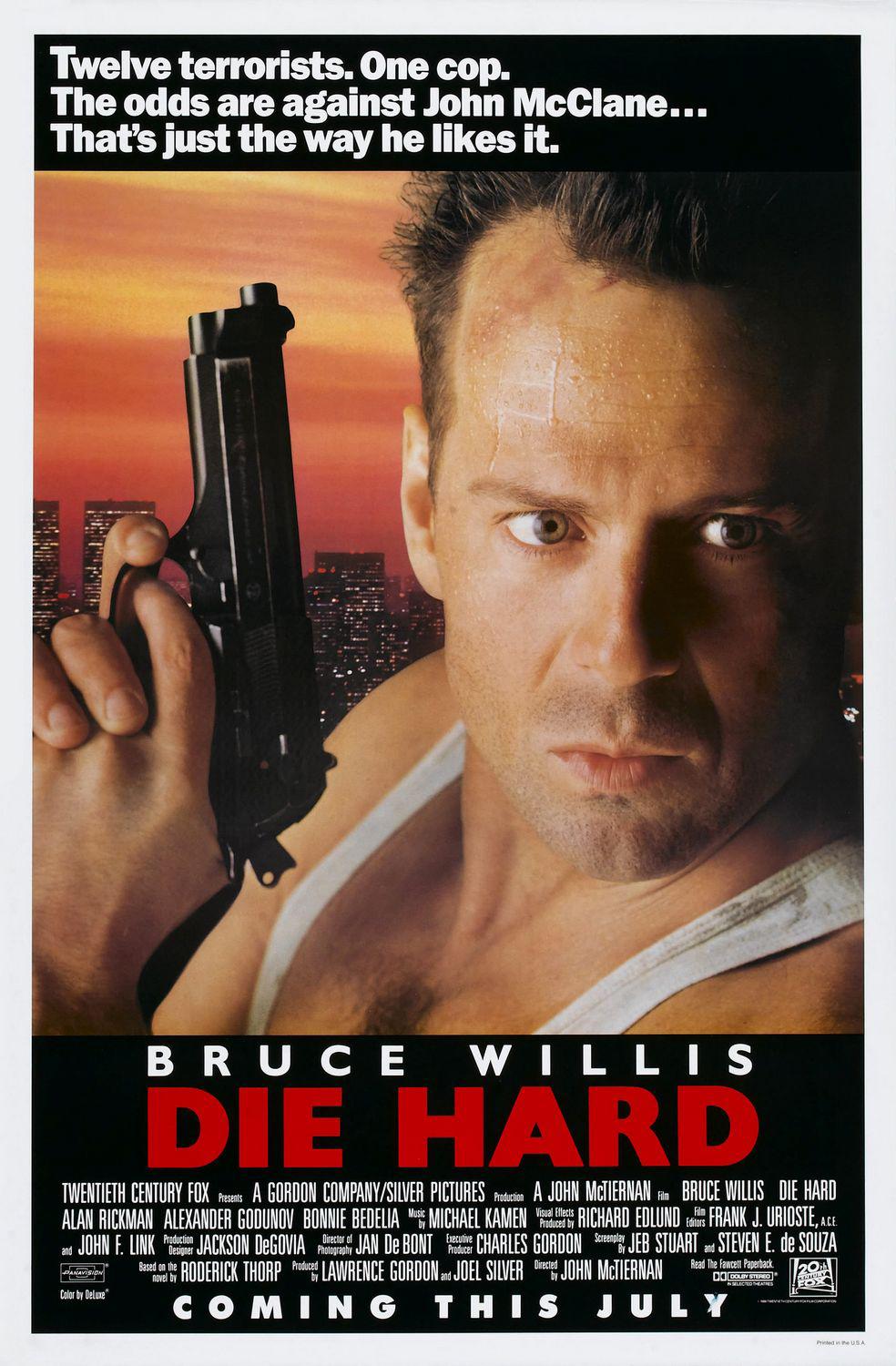 At heart, Die Hard is like a classic spaghetti Western. The black hats, the Germans, have taken over the town and the one thing that stands in their way is the white hat, John McClane. One man spends the bulk of the movie fighting desperately against the machine, thwarting Gruber's plans at every turn. Nobody will help him; the police think his phone calls are fake, and the rest of the building is abandoned. Even his catchphrase, "Yippee-kay-yay motherf*cker!" has a hint of the Old West. After the battle is over, McClane rides off into the sunset, arm in arm with his true love.

Some might also view Die Hard as just another Bruce Willis vessel, but what's wrong with that? In his prime, Willis was right up there with Stallone and Schwarzenegger as one of the best movie badasses of the 20th century. McClane's machine-gun-toting, glass-breaking bravado is justified, targeted, and not overdone. He doesn't want to kill, but he will if anything stands between him and his love.

One of the most underrated parts of director John McTiernan's film is the soundtrack. "Beethoven's 9th Symphony" is featured prominently, both to emphasize the German-ness of the antagonists and to offer a profound contrast to the movie's violent nature. Several holiday tunes, like "Winter Wonderland" and "Let it Snow!" along with sleigh bells, keep the action's Christmas setting in the back of the audience's head.

All in all, Die Hard is simply a great action movie with good acting and a solid soundtrack that you don't really want to end (not that I'm saying that the sequels are any good). If you need to use the holiday season, or Alan Rickman's passing, as an excuse to watch it, then go ahead. But any time of year, Die Hard is a classic.