Alfred Hitchcock at his very best

Most movies feature numerous camera angles and complex settings. Leave it to director Alfred Hitchcock to make an instant classic told entirely from the inside of a man's bedroom. Rear Window features reporter L.B. Jefferies (James Stewart), who is confined to a wheelchair thanks to an unspecified injury. He engages in voyeuristic activities, watching the other members of his apartment complex through binoculars pointed out of his large bay window. One night, Jefferies thinks he observes something far more sinister out the rear window: a murder.

In this movie, it's impossible to tell what is true and what is a figment of the protagonist's overactive imagination. He enlists the help of his socialite girlfriend Lisa Fremont (Grace Kelly) to watch the aftermath of the crime from afar and try to deduce what happened without leaving his own apartment. Hitchcock's signature suspense is enhanced by the fact that Jefferies is in a wheelchair, largely helpless, and can do nothing but watch. 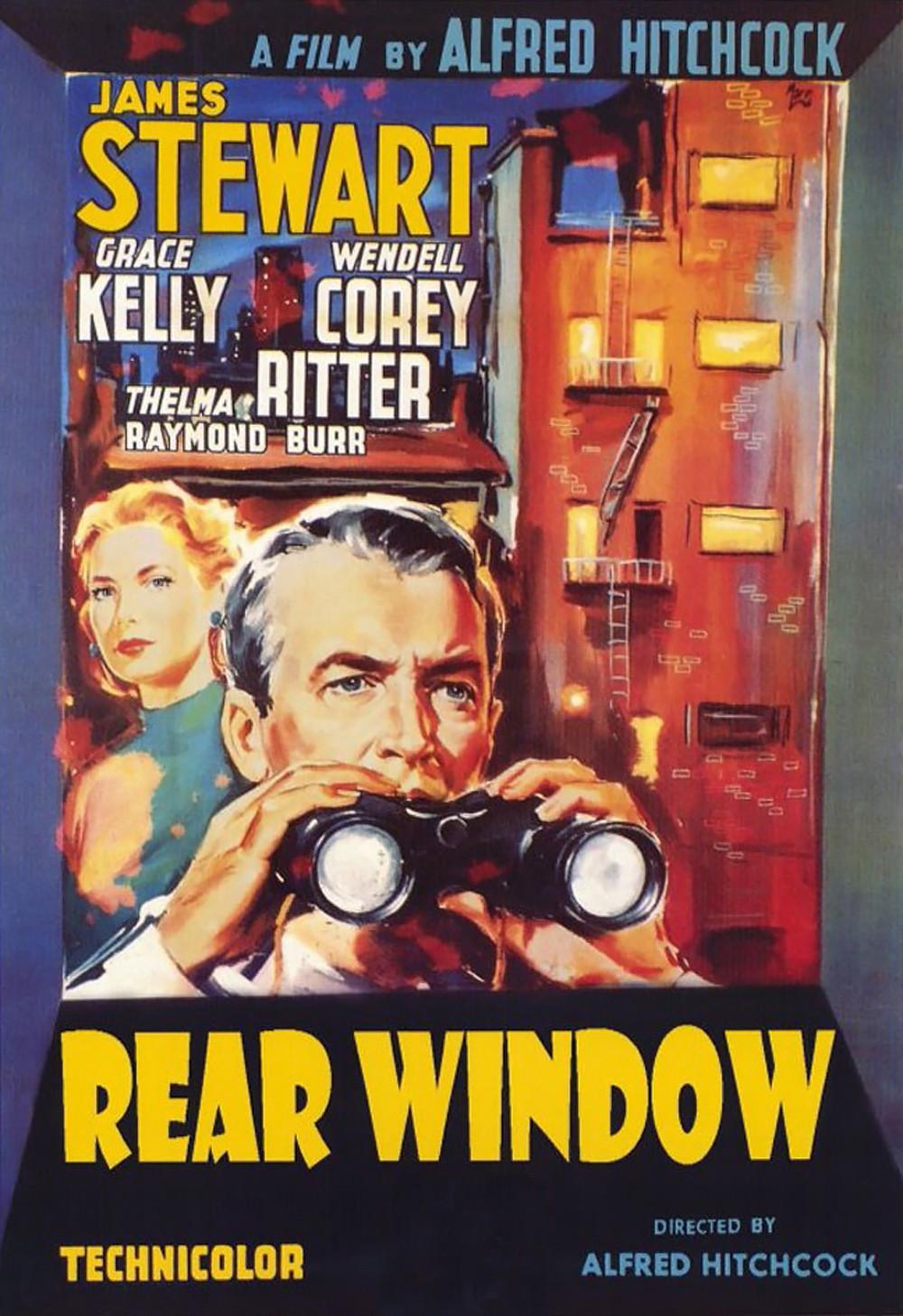 The beauty of this film is its simplicity. Hitchcock is able to create intense drama and action with the incredibly simple setting of an small one-room apartment and very few actors. While this might seem like an almost lazy way of creating a thriller, an immense studio was used to create the set. An entire apartment complex had to be built, with intricate designs for the rooms of each resident featured in the film.

While Rear Window is not strictly a horror movie, it does implement some of the same techniques as some of Hitchcock's more famous films of that genre. The fear of the unknown is omnipresent in this movie. The audience never knows what is real and what is a figment of Jefferies' imagination. As a reporter stuck in his apartment it would be easy for him to make something out of nothing, and most of the clues as to his neighbor's guilt aren't cut and dry until the very end.

During the entire film, the cameras are stationed in the protagonist's window, which means that the viewer sees everything from his often limited point of view. It's as close to virtual reality as you could get in 1954, creating a unique and thrilling experience in which the viewer can watch the action as if they are the one experiencing it, personally investing them in every scare and discovery.

Alfred Hitchcock is widely regarded as one of the most innovative and influential directors ever and Rear Window features him at his finest. Less a horror movie than a thriller, less a thriller than a mystery, this movie keeps the audience guessing constantly, and somehow turns looking out a bay window into a great way to spend an evening.