A beautiful story of culture and transformation

Whale Rider is the story of Paikea (Keisha Castle-Hughes), a Maori girl who must fight for her rights and for her culture. According to legend, the Maori came to New Zealand from the island of Hawaii on the backs of whales. This awesome culture has been steadily deteriorating, and Paikea's tribe is held together only by her grandfather, Koro (Rawiri Paratene).

Koro is looking for his successor as tribal chieftain, someone to revitalize the town and to encourage the youth of the village to be true to their roots. He doesn't believe in his granddaughter Paikea's ability to lead the tribe because she is a girl. She must prove her worth to him over the course of the movie through her interactions with other Maori and by showing inner strength.

This movie is a great study of a culture and a people little-known to many Americans. The Maori are a people known for their bug-eyed, long-tongued expressions when going to war. What isn't so well known is the group's struggles with contemporary issues like sexism, drugs and alcohol, all of which are tearing at the fabric of Maori society. This movie is strikingly accurate in its representation of the ethnic group. While most of the main characters are played by actors from New Zealand, all of the extras are actual Maori people, and they were instrumental in the creation of the film, making sure everything was true. 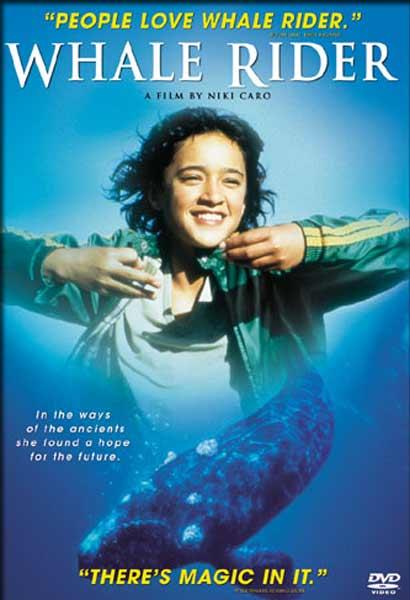 Photo: The cinematography of Whale Rider brings the movie to life.

Photo: The cinematography of Whale Rider brings the movie to life.

Another thing that makes this film so unique is the setting. Filmed on location in New Zealand, the ocean cliffs and grassy fields make for a gorgeous backdrop. Camera shots of real whales swimming through the ocean, exuding size and power, add to both the beauty and suspense of the story. All of these natural aspects are punctuated by music played by real Maori shell flutes, a haunting instrument that is effective for such a coming-of-age tale.

One final piece of the puzzle that is Whale Rider is the acting. Castle-Hughes is amazing in her debut role as Paikea, showing remarkable talent and poise for a first-time child actor. Paratene is menacing, glaring and beating his chest like a real Maori warrior, and sending chills of fear down the spines of viewers.

Whale Rider is unlike most modern blockbuster movies. The lilting soundtrack and slow panning shots of nature don't lend themselves to popcorn and texting while glancing occasionally up at the screen. Be immersed in the beauty of Maori culture and New Zealand, identify with Paikea in her struggle for equality and culture, and get ready to gasp at one of the coolest climaxes in any movie ever. It's in the title.