History's greatest manhunt for the world's most dangerous man

Next Friday marks the end of President Barack Obama's two terms in the Oval Office, so this week's SCOback Movie of the Week will go back just a few years to commemorate one of the most memorable events from Obama's presidency. Zero Dark Thirty, the story of the discovery and killing of Al Qaeda leader Osama Bin Laden, holds a special place in the hearts of many Americans.

The film opens with a startlingly horrific torture scene in which American operatives in Pakistan, including the protagonist Maya (Jessica Chastain), commit egregious acts upon a man with suspected ties to Al Qaeda. They waterboard him, humiliate him by stripping his clothes off, and deprive him of sleep for days on end. This sequence, which is especially hard to watch, introduces the audience to the brutal nature of the decade-long search for the C.I.A.'s most wanted man.

Maya runs into numerous roadblocks in her search for Bin Laden, including multiple attempts on her life, the murder of one of her close friends, and mountains upon mountains of red tape. Eventually she is able to locate a house just outside of a small Pakistani village which she believes houses the terrorist leader. After convincing members of President Obama's staff of her suspicions, they send in Navy SEAL Team Six to raid the house.

The SEALs are some of the most chilling characters in the entire film. The group of grizzled war veterans talk about risking their lives and the recent deaths of several of their own while gambling over a game of horseshoes. During the raid, they shoot each victim twice to make sure that they are dead and when they discuss how many they've shot they treat it like a competition. The combination of extreme violence and nonchalance is downright scary. 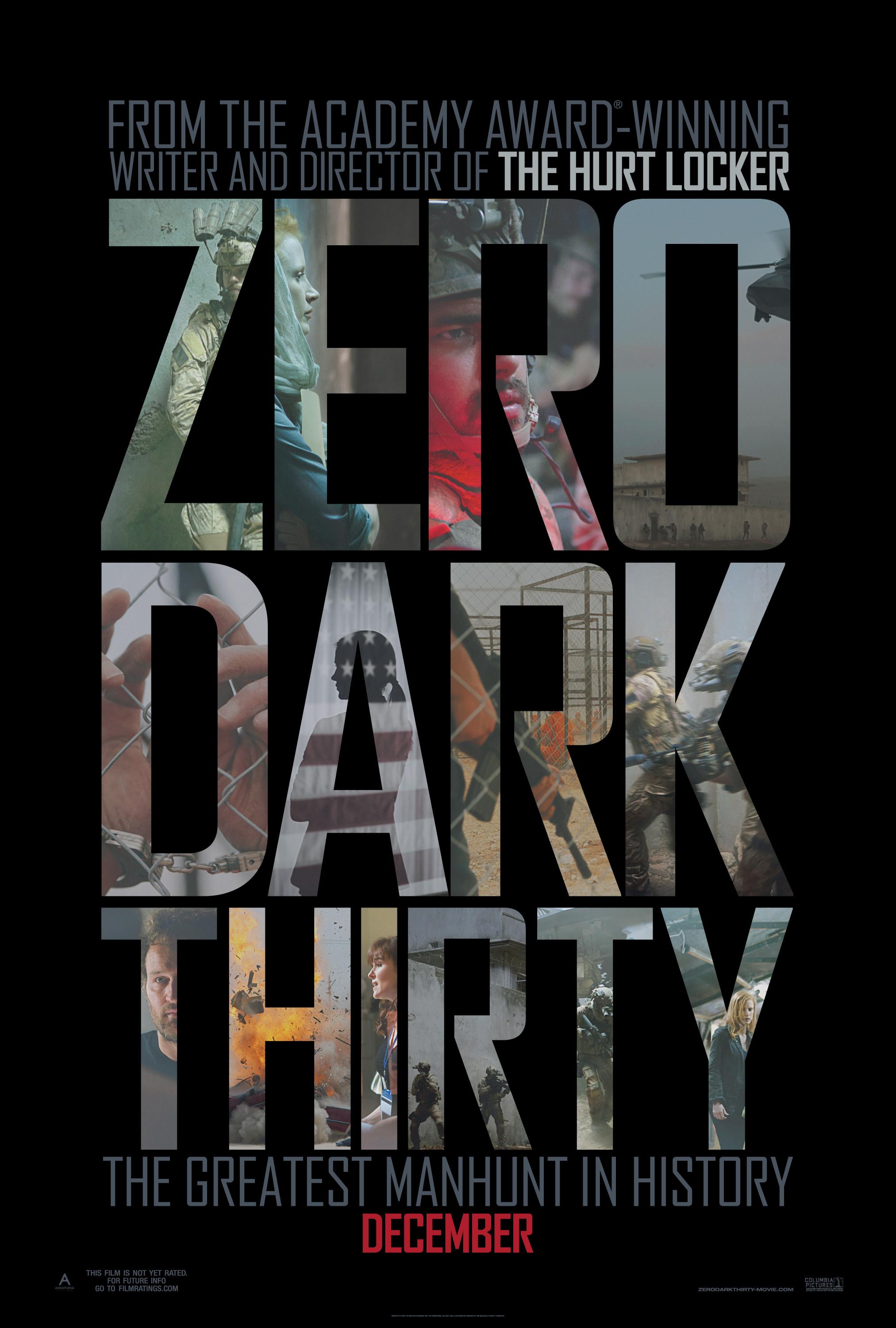 Photo: Zero Dark Thirty is marketed as the greatest manhunt in history.

Photo: Zero Dark Thirty is marketed as the greatest manhunt in history.

Zero Dark Thirty is driven by the strong acting performance by Chastain, which earned her an Academy Award nomination for best actress. She undergoes a stunning transformation as the film goes on, first entering as a rookie who is mortified by the violence she witnesses in the interrogation room. By the end of the film, she is determined and obsessed with her search, swearing and shouting at her boss and brazenly proclaiming to the decision committee that there is a 100% probability that Bin Laden is in the house that she has discovered.

The true beauty of the film is in director Kathryn Bigelow's ability to keep her viewers on edge about the character of the protagonists. It's hard to root for Maya and her team, thanks to their use of torture and other unpalatable tactics. Even the final scene, the killing of Bin Laden, offers controversy as a SEAL is just seconds away from opening fire on a crowd of innocent bystanders. While it's easy to root against Al Qaeda and all that it stands for, it's a little tough to root for the American government when put in such a harsh light.

Zero Dark Thirty is not for the weak-willed. The movie is graphic, suspenseful and convoluted, scaring audiences with brutal characters and putting into question our own nation's government. As the final days of President Obama's second term come to a close, no time is better to look at one of the takeaways from his time in office, depicted by a gripping film with stellar acting and direction.