Summer has been notorious for the mass production of movies that results in mainly bombs, but also a few hits. With a variety of different types of movies, from comic book adaptations to computer animation, summer is the perfect time to sit back and watch some of the better vacation flicks.

"Cars"
Release date: June 9
Director: John Lasseter
Genre: Kid-friendly Comedy
Cast: Bonnie Hunt, Paul Newman, Michael Keaton and Owen Wilson
Plot: Lightning McQueen, a racing car, takes a detour to the town of radiator Springs, a slow town inhabited by a variety of different cars. There McQueen learns to value true friendship, with the help of his newfound buddies.
Expectations: This film is in the same vein as "Shrek" and "Finding Nemo," as animated comedies that appeal to the young and the young at heart. Cars has created a buzz, but this movie seems like it is trying too hard to become a kid-friendly film that also appeals to adults.

"The Devil Wears Prada"
Release date: June 30
Director: David Frankel
Genre: Drama
Cast: Anne Hathaway, Meryl Streep and Tracie Thoms
Plot: Based on the best selling book by Lauren Weisberger, "The Devil Wears Prada" details the experiences of college graduate Andrea Sachs (Hathaway) as she struggles with her new job, made worse by her boss's (Streep) attitude.
Expectations: While guys won't find this movie appealing, teenagers and women are sure to find this film juicy and funny, with themes they all can relate to.

"Superman Returns"
Release date: June 30
Director: Byran Singer
Genre: Action
Cast: Brandon Routh, Kate Bosworth and Kevin Spacey
Plot: Upon returning from the remains of his home planet, Superman (Routh) returns home to discover that Lois Lane (Bosworth) has moved on, while Lex Luther (Spacey)is plotting revenge.
Expectations: Who wouldn't want to be Superman? The man can do everything, and he gets the girl. Look for an action packed flick with twists and turns that set Superman up to save the day.

"Pirates of the Caribbean : Dead Man's Chest"
Release date: July 7
Director: Gore Verbinski
Cast: Johnny Depp, Keira Knightley, Bill Nighy and Orlando Bloom
Plot: When Captain Jack Sparrow (Depp) discovers he owes a blood debt to the legendary Davy Jones (Nighy), he enlists the aide of Will Turner (Bloom) and Elizabeth Swann (Knightley).
Expectations: Yaarrrggghh. One of the most highly anticipated movies of the summer, Pirates 2 should live up to the hype. Jack Sparrow appeals to the pirate in all of us and it would be unlike him to disappoint. 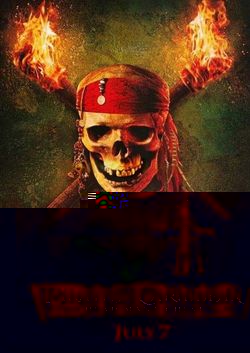 Photo: The "Pirates of the Caribbean" sequel is a highly anticipated film of summer 2006.

Photo: The "Pirates of the Caribbean" sequel is a highly anticipated film of summer 2006.

"Lady in the Water"
Release date: July 21
Director: M. Night Shylamalan
Cast: Paul Giamatti, Byrce Dallas Howard
Plot: When Cleveland Heep (Giamatti) discovers a water nymph (Howard) in his swimming pool, he and his neighbors are transformed into characters from a fairytale and must help the nymph avoid danger.
Expectations: Even though it's not the same as his previous thrillers, like "The Sixth Sense" and "Unbreakable," Shylamalan is sure to make this flick fun and enjoyable, if a little eccentric.

"Snakes on a Plane"
Release date: August 18
Director: David R. Ellis
Cast: Samuel L. Jackson, Byron Lawson and Nathen Philips
Plot: When a creative assassin attempts to kill his subject in a new method of murder, snakes are loosed on a plane, with ensuing chaos and terror.
Expectations: There's Samuel L. Jackson? And snakes? How could this movie be bad? Already destined to be a cult classic, "Snakes on a Plane" is bound to be a hit. Rumors say that Jackson took the part because of the title alone and threatened to quit if the title were changed.

"Click"
Release date: June 23
Director: Frank Coraci
Cast: Adam Sandler, Christopher Walken, Kate Beckinsale and David Hasselhoff
Plot: A workaholic architect who has neglected his family life obtains a magical remote that can control real life. He has the ability pause, rewind and fast forward everything around him. Conflict arises when the device starts to fast forward on its own and he begins to miss what is going on around him.