Searching For a Win

What challenges have the pandemic created for student athletes at Blair?

A better question is: What challenges hasn't it created for them? What about those athletes who are trying to get recruited by colleges, a process that was grueling enough before the pandemic hit? At Blair, athletes and coaches have done their best with what they have, which is to say, not much.

Yohannes Legesse, a senior on Blair's cross country and track teams, was only able to race once this fall at a non-MCPS track meet. He capitalized on this opportunity, running 5000m in 16 minutes and 36 seconds. This was a huge personal record, as he improved on his time from the previous season by over a minute.

Cross country races were sparse this past fall due to COVID-19 restrictions, so Legesse counts himself lucky that he had an opportunity to compete. "I definitely felt like I could have done a lot better because I still had a lot left in me. If we had a season, it would have been really great. But it wasn't anything disappointing. I was just happy to get a race in. I thought it was impossible," Legesse says.

For college recruitment, Legesse also reached out to a coach from a Division III school and began communicating in early December. "The key thing is just communication. [The coaches] want to know what experience you had… they want to know how the pandemic affected you specifically," Legesse says. Given that different athletes have faced their own unique sets of challenges, some coaches view each athlete's performances with more leniency because the pandemic has made it difficult to complete proper training.

With Blair's athletic facilities closed, students must either shell out money to join a club, buy a gym membership, or hire a personal trainer. For some, these options are not realistic due to financial or health concerns. Many students are stuck working out at home or outdoors with limited equipment. For a sport like football where the gym is essential to building strength and mass, losing access to a gym is a major setback.

Samuel Nosoff, head coach of Blair's football team, highlights the challenges that the pandemic has brought for his team. "One of the biggest things that football and a lot of the other sports are missing out on is we have athletes that rely heavily on the free gym that high school provides. Not all of our athletes are capable of paying for a gym membership or getting to a gym or doing some of the things that others may have the opportunity to," Nosoff says. 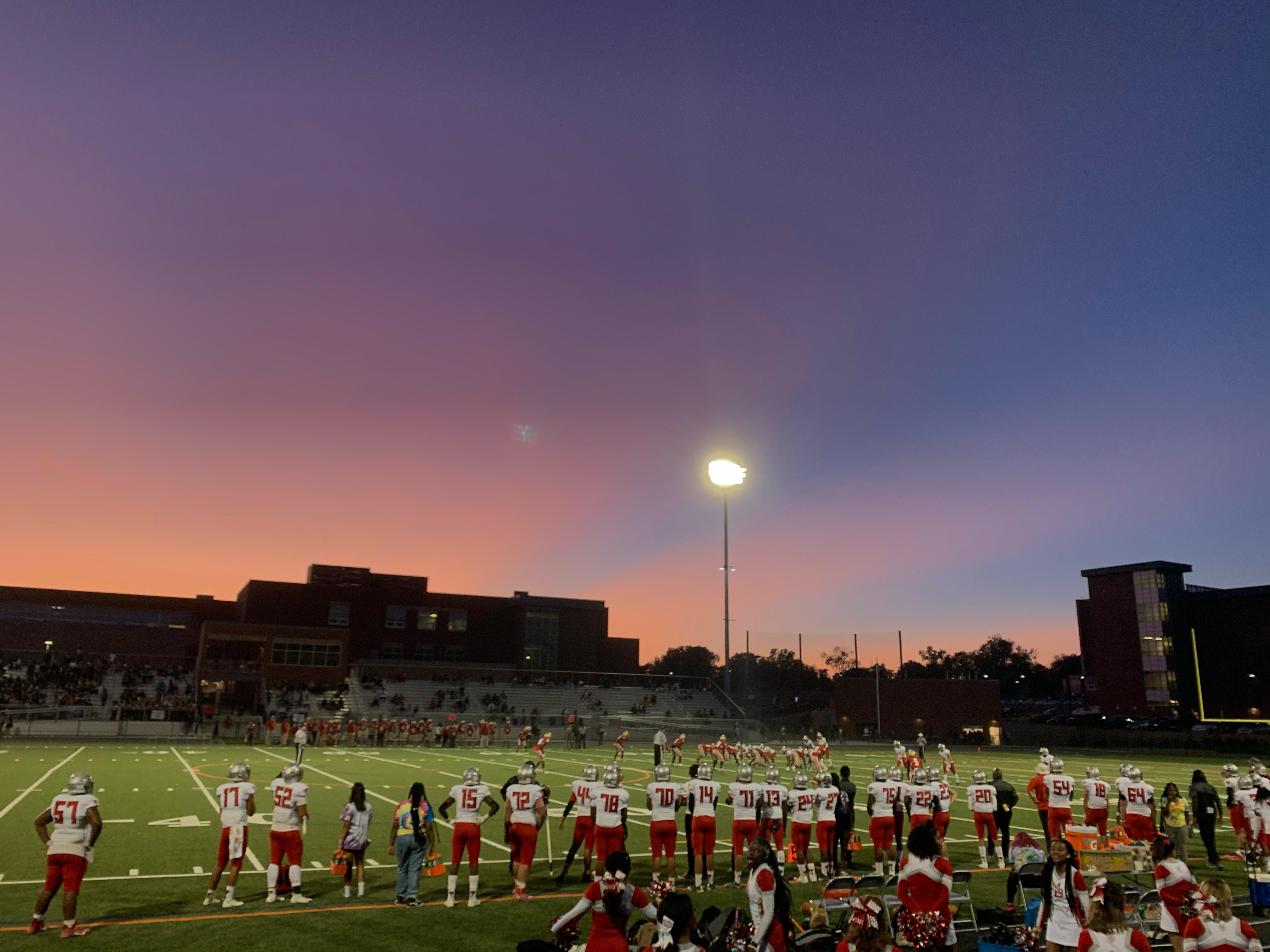 College Recruitment in the Pandemic

The pandemic has deepened the divide between the students with the resources to pay for private training and those who rely on school facilities to train. "It's not because they're a worse athlete. It's not because they don't want to. It's just a simple matter of the dollar signs that come with the privatization," says Nosoff.

With in-person practices off the table, Nosoff and his team used the virtual football season to educate new athletes on the various plays that they had to learn anyways. Come Spring, they hope to have at least a combine, an event where students are evaluated on their athleticism and technical skill. "I hope that we have some sort of ability to host our own type of athletic combine for our athletes. If we're not able to play a football season, I'd like to see us be able to work with our athletes in small groups." This combine would allow athletes, not just football players, to test their abilities in a variety of drills, including the 40 yard dash, vertical jump, shuttle run, bench press, and broad jump.

One of the reasons that Nosoff wants to host a free combine for Blair athletes is that privately-run combines would have profit in mind over the safety of the athletes. Running a school-sponsored combine would ensure that coaches and athletes take the proper COVID-19 safety precautions. "I'd hate to see our kids having to shell out money and go to places that aren't MCPS to get things that typically are offered for free as a student athlete in a public school," Nosoff says.

If a football season isn't possible in the spring, Nosoff wants Blair to host these athletic combines so that seniors can have something to show potential recruiters. For some of his athletes, college recruitment is their best shot at getting to college for the least amount of money possible. "We try to have conversations with each family and find out where everyone wants to be in terms of scholarships and academic money and anything that can help them attend a school where they can play football, get a degree. The ultimate goal is to pay as little money as possible to do so," Nosoff says.

Athletes can make the process a little easier by reaching out to their coaches and Rita Boulé, Blair's Athletic Director, for assistance. "Reach out to me and their coach one hundred percent and then we go from there. That's what I love doing," Boulé says.

Boulé and Blair's coaches will continue to support their athletes regardless of what MCPS sports look like during the second semester. The pandemic has thrown every imaginable curveball at them, but Blair's athletes and coaches have not wavered in their efforts to salvage what they can of their sports seasons.

As Nosoff sees it, the pandemic has tested the relationships between Blair athletes and their coaches. "In speaking with other coaches and other programs, across the board, I think our athletes did a really good job of staying with it and appreciating the virtual seasons. I think that's a testament to the coaches that we have at Blair and the programs that are being run at Blair and the relationships that have been built."