Second chances for kids who missed a first

The first 13 years of life are supposed to be a person's most fun and carefree years. Joe Sullivan had no such experience. By age 13, Sullivan had experienced repeated physical and sexual abuse, had endured living with a mental disability and was sentenced to a lifetime in prison without the possibility of parole. Now 33 and still in prison, Sullivan has missed out on a childhood. Like many other people sentenced to life as juveniles, Sullivan does not deserve to miss out on the rest of life as well. 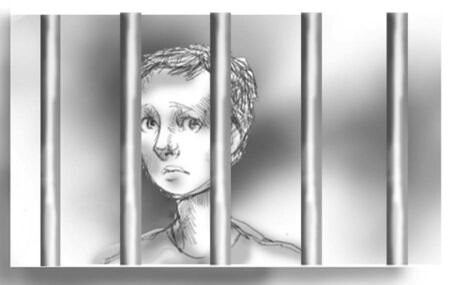 Photo:
In 1989, two older boys convinced 13-year-old Joe Sullivan to participate in a burglary. After being accused of and convicted for sexual assault on the homeowner, Sullivan became one of only two 13-year-olds in U.S. history to be sentenced to life in adult prison, without the possibility of parole, for a crime not involving murder. Twenty-one years later, the Supreme Court now has to decide whether Joe Sullivan, represented by the Equal Justice Initiative, was subjected to cruel and unusual punishment in his sentencing.

Joe is not alone in his struggle for a second chance at life. Legally, a juvenile is defined as a child under the age of 18, and Sullivan is one of hundreds of minors who were sentenced to life without parole in the U.S. Part of childhood involves making mistakes. For a variety of reasons, including abuse, mental illness, and coercion, these children are not always completely responsible for their crimes. Although they may have made some bad decisions in their pasts, they deserve a chance to prove that they can be law-abiding and productive adult members of society.

Joe Sullivan's situation, in which he was pressured into crime by older, more experienced teens, is not an unusual dilemma for youth sentenced to life without parole. Adolescence is a time when humans are most conscious of what others think and are therefore most responsive to peer pressure, according to Carolyn Berger, a correctional specialist at the Montgomery County Correctional Facility. But once the decision is made to try a child in adult court, a judge has no discretion in sentencing, and cannot consider the fact that a juvenile may have played a small role in the crime.

Children, by nature, are impulsive and lack the abilities of further-developed adults in judgment and decision-making. According to a study on adolescent brain development by Cornell University, the University of Rochester and the New York State Center for School Safety, the adolescent brain is far less developed than that of an adult. "The greatest changes to the parts of the brain that are responsible for functions such as self-control, judgment, emotions and organization occur between puberty and adulthood. This may help to explain certain teenage behavior that adults can find mystifying, such as poor decision-making, recklessness and emotional outbursts," reads the study. Even if they understand the difference between right and wrong, youth can't always judge the difference when faced with a split-second decision, especially under societal duress and peer pressure. Life without parole is a cruel and unusual punishment for such uncontrollable, impulsive crimes, and the Supreme Court must recognize it as such.

Almost all juveniles facing life without parole come from backgrounds of violence and poverty, and cannot be expected to learn to make good decisions on their own. According to the Supreme Court brief for the Sullivan v. Florida case, Joe Sullivan had no stable home between the ages of 10 and 13 and lived in no less than 10 different locations during this time. Most of his youth was spent with older teens on the streets, where he accumulated several misdemeanor violations.

According to Elizabeth Calvin, a children's rights advocate for Human Rights Watch, when consistently exposed to environments with nothing but cruelty and neglect, these children are often bound for trouble before birth. "Most [youth sentenced to life without parole] come from communities filled with violence as well as struggling families and schools...This is not really a second chance," she says. Imprisoning a person for life will not solve the root of the problems of juvenile crime.

The high costs of life sentencing to juveniles also make life without parole as a punishment illogical. In Montgomery County, the average cost per day to keep a person in jail is $88.

This valuable government funding, spent on basic everyday needs of prisoners, is a waste when a condemned person has no opportunity to return and contribute to society. This money could be better spent on counseling, rehabilitation and other resources to help young prisoners return to society and make better decisions in the future. According to a Supreme Court brief on a case similar to Sullivan's, Graham v. Florida, rehabilitation is an especially effective solution for continually developing juveniles. "Because they are still maturing and learning to interact with society, they are uniquely suited to rehabilitation if placed within the right environment...it is possible to reform any juvenile offender over the course of his or her lifetime and prepare him or her to lead a responsible, law abiding existence outside of prison," reads the brief.

Taking away a child's future with a life sentence without parole is cruel and unusual punishment. Rehabilitation is a much more productive and life-affirming solution for offenders such as Sullivan. The Supreme Court must acknowledge the unconstitutionality of this harsh sentencing and rule to rescind the power of all courts to make the final decision to end a child's future.