Secularism cannot stay out of schools: A look into Karnataka’s hijab ban

Of the world’s roughly 2.3 billion Muslims, about 14.2 percent live in India, making it the country with the second-largest Muslim population. Despite the country’s significant Muslim population, however, the Indian government, which is becoming increasingly right-wing under the Hindu nationalist Bharatiya Janta Party (BJP), continues to impede the rights of Indian Muslims.

On March 15, a high court in the Indian state of Karnataka ruled to uphold a ban of the hijab, a traditional headcovering worn by Muslim women, in educational institutions.

Protests against this ruling have erupted across the state, and fears that the ruling could set a legal precedent for other states continue to increase. As of now, it seems as though the international press is not paying this ruling too much attention. Still, the hijab ban reflects how India's government under the BJP has emboldened Hindu nationalists in the same way that the four years under the Trump administration gave rise to blatant demonstrations of white supremacy.

This issue, known as “hijab row,” began months ago. Around December of this year, a government-run pre-university college (Indian equivalent of a high school) in Udupi, Karnataka stopped female students wearing the hijab from entering the classroom. Other schools and colleges in the state have also implemented the government ban.

This sparked protests by Muslim girls across the state, and in some cases, also invited counter-demonstrations by Hindu students donning saffron shawls. Saffron shawls are associated with many Hindu nationalist groups, like the Rashtriya Swayamsevak Sangh (RSS), a right-wing, paramilitary group. Some of these groups organized many of the counterprotests, pitting Muslim and Hindu students against each other. 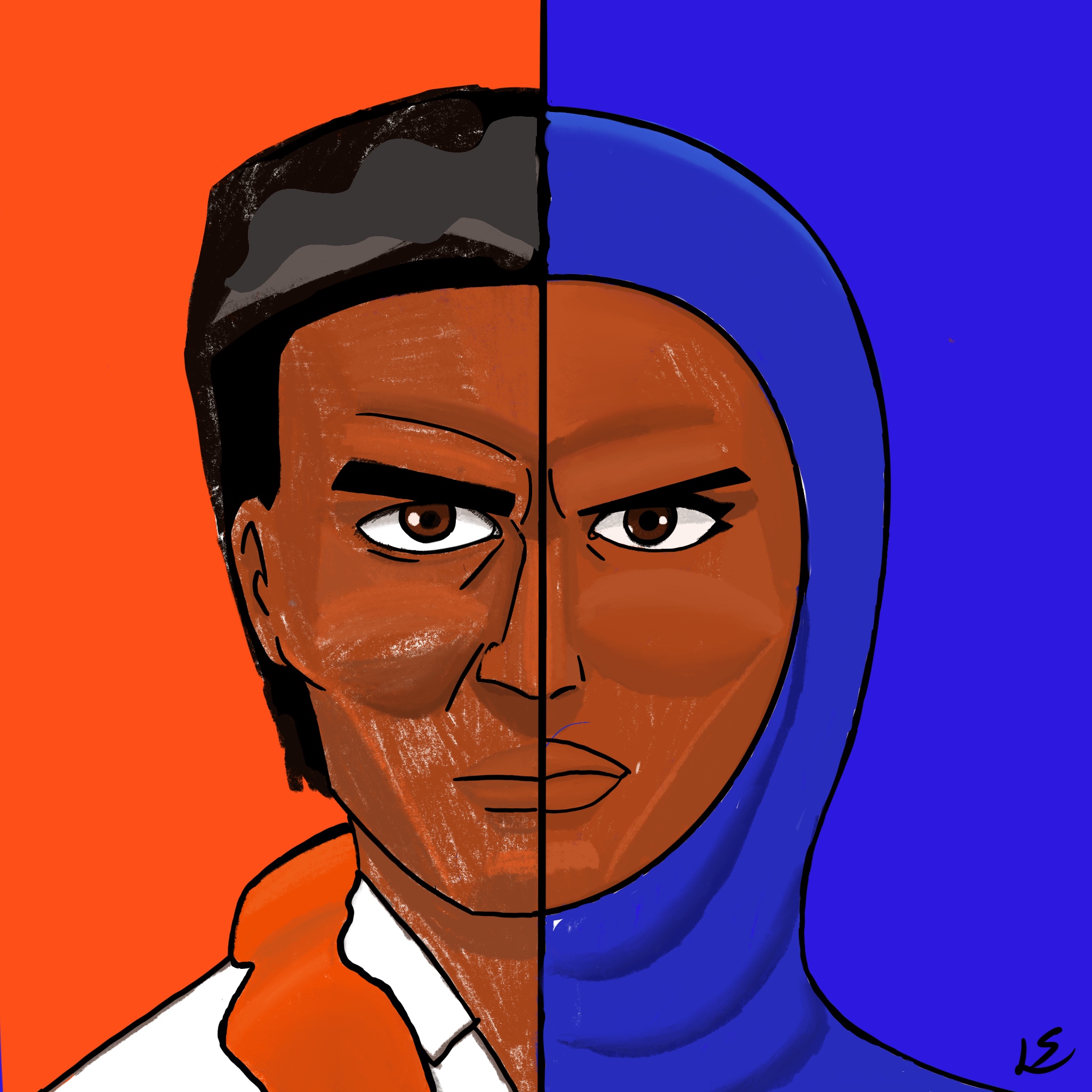 Secularism cannot stay out of schools: A look into Karnataka’s hijab ban

As comedian Hasan Minhaj so astutely observed, the difference between a shawl around the shoulder and a scarf above the head is only the six inches between the head and the neck. However, these six inches represent the growing divisions between Hindus and Muslims in India. It is the difference between a religious minority group whose rights are slowly being restricted, and a growing Hindutva force that is sweeping the nation under the BJP. (Note, Hinduism is a religion while Hindutva is a divisive political ideology.)

In early February, Muslims girls in Karnataka filed petitions in the Karnataka High Court, citing Articles 14, 19 and 25 of the Indian constitution. Articles 14-18 of the Constitution of India define and guarantee “equality rights,” securing citizens from discrimination by the State on the grounds of several factors, including religion.

While considering the petitions, the High Court restricted all students from wearing any religious attire inside the classroom.

The government had justified the hijab ban under Section 133 of the state’s 1983 Education Act, which “reserves the right to issue appropriate directions to schools and colleges to ensure maintenance of public order.” Many schools in the state closed as the high court deliberated the issue, and violent protests continued.

The March 15 ruling, to the disappointment of many, upheld the ban. The high court claimed that the wearing of a headscarf was not an “essential religious practice of Islam.” The implications of this ruling are troubling, to say the least.

The ban is an assault on India’s Muslim population. The hijab, for many Muslim women, is a visual representation of their connection to Islam and their faith. Public demonstrations of faith are commonplace in India – why is the government now so particular about a harmless display of the Islamic faith? India is estranging its Muslim communities, and giving into Islamophobia.

The ban is an assault on the right to an education. It disregards the Indian government’s responsibility to make education as accessible as possible. Karantaka’s capital, Bengaluru, is widely known as the country’s information technology (IT) hub, home to several institutes of technology and many other prestigious colleges. The ruling has snatched the educational opportunities of many Muslim girls in the state. 15 days after the court ruling, a government-run junior college in Udupi stopped 40 Muslim girls from completing an exam, after they came to the school wearing the hijab despite the court’s decision.

And though many Muslim women do wear the hijab voluntarily, some conservative Muslim families do not allow their women to go into public without the head covering. Sophomore Anagha Bhuvanagiri spoke about how women in India already face enough challenges in getting an education. “A lot of girls in my family still don’t have access to education in India,” Bhuvanagiri said. “I can’t imagine how hard it is for Muslim families now.” This ban is only exacerbating the disparity.

The ban is an assault on Indian democracy. This kind of ruling in regards to any Indian minority, whether it was on the grounds of gender or caste, would be just as concerning. This should scare more than just India’s Muslims. The government can say what practices are “essential” to religious practice now? What kind of freedom is that? No one is safe in a democracy that is no longer behaving democratically, that is slowly abandoning secularism.

Sophomore Srijani Chakraborty described her frustrations about the ban. “If one part of the country is doing this, it can spread over to other parts. Why is India doing this?”

This is undeniably the result of the BJP’s increasing influence across the country. The BJP has an absolute majority in the Lok Sabha, the Lower House of Parliament, and over 100 seats in the Rajya Sabha, the Upper House. Udupi, one of three districts in Karantaka’s coastal belt, has been described as a BJP stronghold.

Under the leadership of Narendra Modi, the BJP party has spearheaded the normalization of Muslim persecution through the use of anti-Muslim propaganda, the implementation of discriminatory practices, and the spread of Hindu nationalism. As Parliament member Shashi Tharoor so bluntly put, “in BJP-ruled India, it is safer to be a cow than a Muslim.” Party leaders do not even attempt to hide it. Anyone who stands up against their bigotry is “anti-national.” Democracy is under attack, and Indians and the global community must step up to stop it.