Security increases due to recent incidents

Security measures and enforcement on school grounds have increased after several incidents of student misconduct in the past few weeks, according to assistant principal Andrew Coleman. School security has focused on deterring students from going off-campus during the school day and preventing thefts within the building, he said.

Coleman made an announcement on Nov. 23, announcing greater security enforcement of all school policies and recent incidents of theft and increases in students being caught going off-campus. The announcement came after heightened security measures, which were also partially spurred by student altercations on Oct. 29, are a part of a security overhaul that began implementation in the past several weeks and will continue into the rest of the school year, Coleman said. He explained that the new system is meant to create a more universal sense of safety in the school environment. "Feeling that you are safe and secure is more important than anything," he said.

According to Coleman, there has been greater security and administrator presence in the hallways before and after school, during passing time and during lunch. Boatman said that under a new security procedure this year, there are two security team members on each floor throughout the day. He said that each security assistant covers an assigned area and determines whether to stay outside or inside based on their evaluation of the need for security across the campus.

The goal of the increased security presence is to prevent more students from leaving the campus during the school day, Coleman said. The disciplinary consequences for disregarding the closed campus rule are extended after-school detention, usually either to 4:30 p.m. to 6 p.m., and in-school suspension (ISS), he explained. According to Boatman, the final consequences are at the discretion of the student's administrator, although the written policy says that the consequence is one-day out-of-school suspension.

According to Boatman, in the past few months, a greater number of students were caught going off-campus, particularly in the mornings and during lunch. "There was an increase in people walking off-campus," he said. 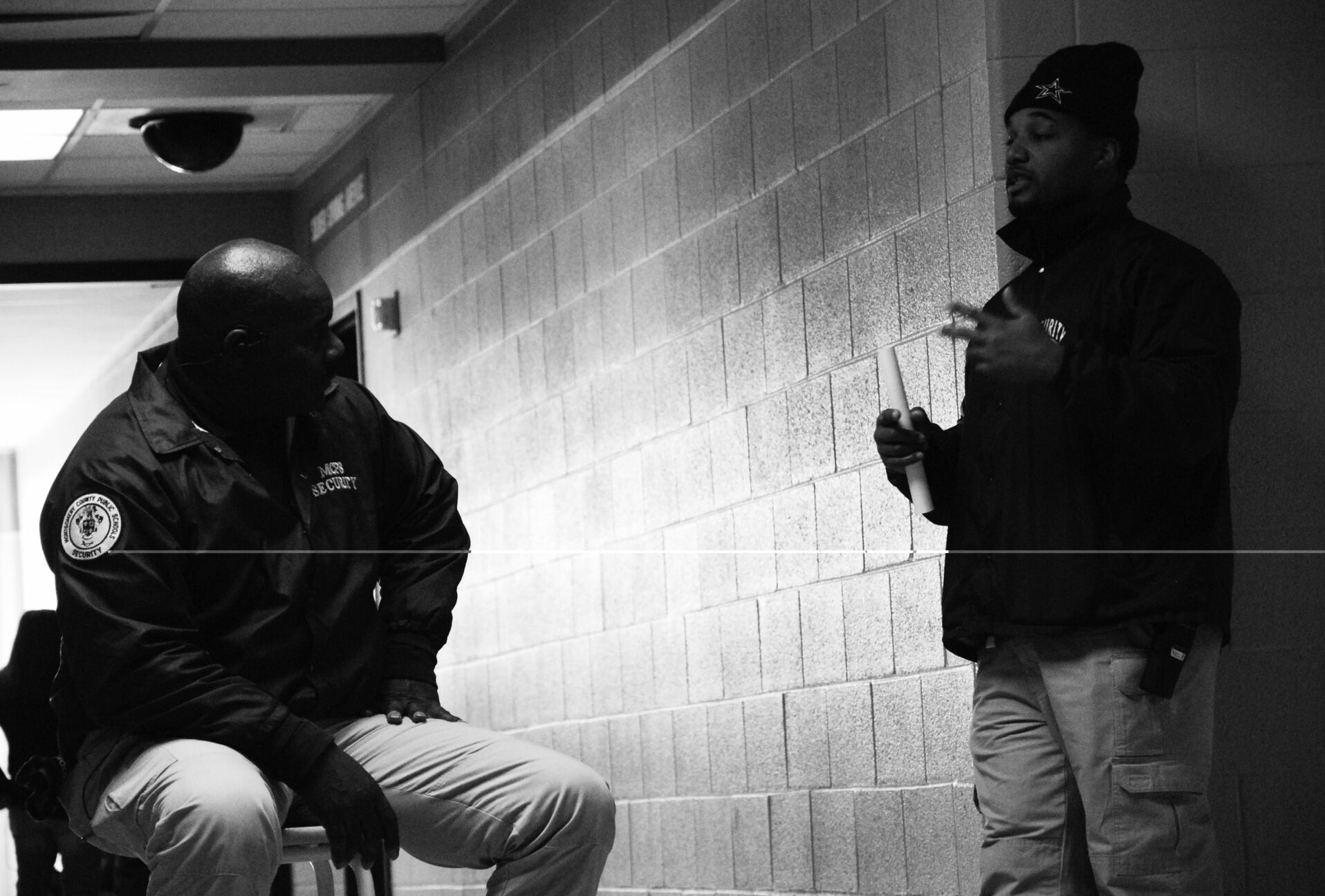 Security assistant David Ngbea, who supervises ISS, confirmed this and said that he has seen an increased number of students in ISS since the beginning of the school year. Consequently, Boatman said that security assistants began patrolling the campus areas outside of the building at the end of the first quarter in order to deter and prevent students from leaving campus. Boatman said that since the first one to two weeks of enforcement, fewer students have been caught going off-campus during school hours, probably because the students are more aware of the consequences for their actions.

According to security team leader Cedric Boatman, the security team took note of the particular problems caused by the students at the beginning of the school year and increased security accordingly. "Kids dictate to some extent what we do," Boatman said. Boatman said that the changed security procedures are also responsive to community concerns, both residential and commercial.

According to Boatman, the local McDonald's, 7-11, Starbucks and Subway, among others, complained at the beginning of the year that numerous students were going off-campus during school hours.

According to Coleman, implementation of new methods of security and enforcement has been under discussion since the beginning of the school year. However, the recent increases in security enforcement were triggered by the latest incidents of student misconduct, particularly two occurrences on Oct. 29. "With the [Oct. 29] incident, we had to step it all up," Coleman said.

According to the Montgomery County Police Department (MCPD) Silver Spring Patrol Division, eight police officers were sent to Blair in response to an emergency phone call made at 12:28 p.m. by a school bus driver that students were fighting on campus, said MCPD media services director Paul Starks. According to Principal Darryl Williams, there were two trespassers, both of whom where former Montgomery County students.

Assistant principal Suzanne Harvey said that no arrests were made, but the Blair students involved were given three days of out-of-school suspension for not reporting the outsiders' presence on campus.

At almost the same time as the first fight, Harvey said, there was a fight on a Metrobus near Blair. The Metrobus operator observed the police on campus and stopped the bus, according to Educational Facilities Officer Darryl Marshall. The police dealt with the bus altercation, which was technically off-campus, and found that the two students were juveniles, said Marshall.

The close timing of the two incidents was purely coincidental, said Williams. "They were isolated incidents but bizarre incidents," he said.