Segregation still prominent 50 years after the March on Washington

It has been fifty years since the March on Washington for Jobs and Freedom. Of the ten demands the march had, the first was "To guarantee all Americans: Access to all public accommodations, Decent housing, Adequate and integrated education, The right to vote." Immediately, it is evident that Congress hasn't addressed any of these issues with enough rigor to influence much change. Realistically, it is extremely straining to address all the components of the first item, but the third part, legislation for "adequate and integrated education," encompasses the Civil Rights movement's essence and its success today. That success is limited and the first element to this demand, adequate education, is still a severe American issue. 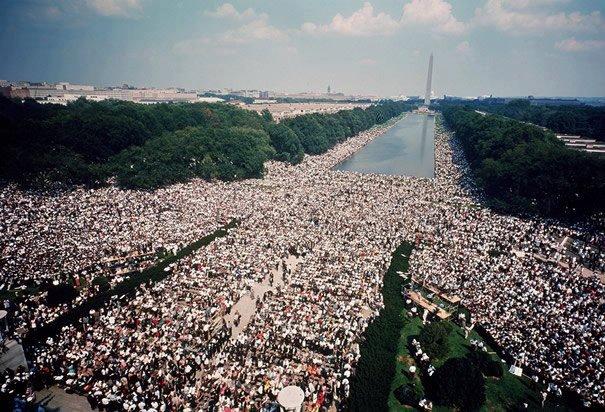 Photo: Although the March on Washington for Jobs and Freedom has made history as one of America's most unifying moments, 50 years later the country is still divided.

Photo: Although the March on Washington for Jobs and Freedom has made history as one of America's most unifying moments, 50 years later the country is still divided.

The government introduced significant legislation to ensure a successful American education system in the last 50 years; however, not enough legislation focuses specifically on improving education in impoverished areas. Education legislation such as the No Child Left Behind Act requires that schools hire qualified teachers. Still, schools in areas with high poverty are filled with unqualified teachers. Furthermore, a report by Richard M. Ingersoll of the University of Pennsylvania found that in these impoverished schools, a fifth of the teachers leave per year. Much of this has to do with low pay and little support from the schools' administrations, the report found. This contributes to the education gap which plagues America's success.

The education gap in the U.S. primarily exists between the rich and the non-rich. In a 2011 study, Professor Sean F. Reardon found the standard test scores gap between high and low income students has grown forty percent since the 1960s, when the March on Washington occurred. According to a University of Michigan study, only 9% of students in the low 10th percentile (about $17,500 in 2008 ) had finished college in 2007, compared to a 50% rate among students in the high income 90th percentile (about $160,000 in 2008). The education gap is preposterously unequal and education in America inadequate, especially considering how far we are from achieving a college graduation rate near 50% among all classes. These numbers show a divide in America that reflects a stagnant nation unwilling to change.

The second element is integrated education. In its time, the March on Washington referred to integrated education in a racial sense as an undertone. "Integrated" called for a more adequate school system. Although whites had better schools and Brown v. Board made it so blacks could attend them, racism remained persistent. The Brown v. Board legacy has made possible successful and diverse schools such as Blair. Still, America is racially segregated, and this is because students choose to be that way. Within another April University of Michigan study, found that ironically, large schools promote self-segregation as students claim to want to be around students who are like them. Popularity and large schools aside, data from the U.S. Department of Education alarmingly disclosed that 80% of Latino students and 74% of black students study in majority non-white environments. However, only 43% of Latino students and 38% black students attend "intensely segregated schools." Although much of this divide has to do with income and environments in which those of the same race live, this separation is entirely unacceptable. Thurgood Marshall and King didn't fight for this to happen.

Although the progress has it's not where it needs to be right now, America can fulfill that demand made 50 years ago. The amount of work the government has to do to make the country one of equal opportunity is burdensome and colossal. The government needs to pass comprehensive laws which directly address the success of impoverished schools through curriculum reform which takes students seriously. Until that happens, it is up to Americans to start working on King's dream. Most of segregation there is de facto, and that means people have to start making genuine efforts to branch out outside of their own races and cultures and understand others on human levels. That will take time too, but that's what the Civil Rights Movement was all about, and that would make King proud.