On Jan. 10, Selena Gomez released her third studio album, Rare. The album release follows four years of ups and downs in Gomez’s life and it is all evident in her 13 new carefully-crafted tracks. Rare is her third number 1 album on the Billboard 200 Chart.

The album is a behind the scenes look at Gomez’s heavily publicized struggles during its four year creation period. She received a kidney transplant from her best friend Francia Raisa after complications from long-term autoimmune disease lupus, dealt with mental health issues in and out of rehabilitation facilities and went through an immensely public breakup with on-off boyfriend Justin Bieber which was followed by Bieber's immediate marriage to Hailey Baldwin. 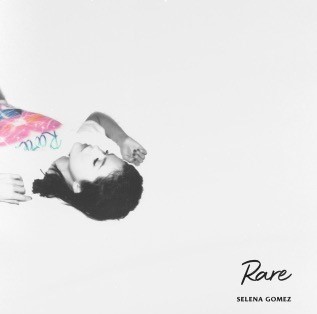 Gomez’s emotionally-charged rise from the ashes came in the form of “Lose You to Love Me,” which was released on Oct. 23, 2019. The powerful piano-heavy ballad, which earned Gomez her first no. 1 on the Billboard Hot 100, turns all of her pain and suffering into empowerment. Fans reading between the lines were quick to realize that the song was likely about her breakup with Bieber. She sings, “In two months, you replaced us / Like it was easy / Made me think I deserved it / In the thick of healing,” making direct references to Bieber’s abrupt rebound with Baldwin. “I needed to lose you to love me,” the message that runs through the chorus, is one of the major themes of the album.

24 hours after the release of “Lose You to Love Me,” Gomez put out a much more upbeat and dance-heavy tune: “Look at Her Now.” The echoing vocals in the middle of the song are lush and the chorus pops. In line with the subject matter of her heartfelt ballad, she sings, “Of course she was sad, but now she’s glad she dodged a bullet / Took a few years to soak up the tears, but look at her now.” Gomez takes heartbreak and turns it into power.

The contrasting tones of these two songs left fans wondering which vibe the album would have. Many were expecting an album full of confessionals, but the release showed that Gomez truly wanted a fun album about self-love and not being afraid to dance alone. She succeeded through incredible production, as well as infectious themes and melodies that create easy transitions from one track to the next.

The title track “Rare”, which serves as the album opener, is a quiet yet meaningful anthem about self-worth, supported by breathy vocals and minimal drum kicks. A large part of Rare discusses the emotions behind failed relationships —both romantic ones, like on lead single “Lose You to Love Me,” and friends growing apart in “People You Know.” Track two, “Dance Again,” highlights the importance of dancing past the pain, as Gomez sings, “I kickstart the rhythm / All the trauma's in remission.” Other tracks on the album, albeit catchy, are less personalized and seem to serve solely as transitions to standalone narratives. “Ring,” “Kinda Crazy” and “Fun” could be incorporated into any pop artist’s repertoire; there is no obvious connection to Gomez.

One of the highlights of Rare is the final track: “A Sweeter Place”, featuring Kid Cudi. The layered vocals over dark yet cathartic synths provide a unique experience. It’s one of the few moments where it seems as though Gomez fully experimented with her sound. As the song puts it, she has found a sweeter place in the dreamy instrumentals, which is a breath of relief looking at the tragedy she has overcome.

Gomez co-wrote the album with Justin Tranter and Julia Michaels, but it is notable that she is credited as a writer on every song (unlike on her previous albums). Contrary to her previous albums Revival and Star’s Dance, where Gomez focused on pleasing others in singles such as “Come and Get It” (2013) and “Good For You” (2015), Rare shines a spotlight on Gomez. It is her own story and her voice. It’s less about the music and more about her journey to being healthy and happy again.

The album is the best showing of Gomez’s range and vocal strengths so far. Unlike artists like Adele and Ariana Grande, Gomez is not well-known for killer vocals. Instead, she reliably performs catchy anthems in a near-talk singing voice. She draws attention with vulnerable, impactful lyrics, like on the deftly named “Vulnerable," a synth track that focuses on allowing one to put their guard down.

From a strictly musical standpoint, Rare could be stronger. The songs are overly upbeat and sound eerily similar. Though the lyrics carry much more depth than Gomez’s previous albums, there is definitely room for improvement and experimentation with the sound. If the album played from start to finish, the only time one would definitively realize a new track was playing would be “Lose You to Love Me.” However, for Gomez and her supportive fans, Rare is almost perfect.