For the 2014-15 school year, senior Christina McCann created a girls' leadership program at Parkland Middle School. The Parkland girls who participate will meet once every two weeks after having participated in a fall retreat at Winona Girl Scout Camp in Hughesville, Maryland in October. 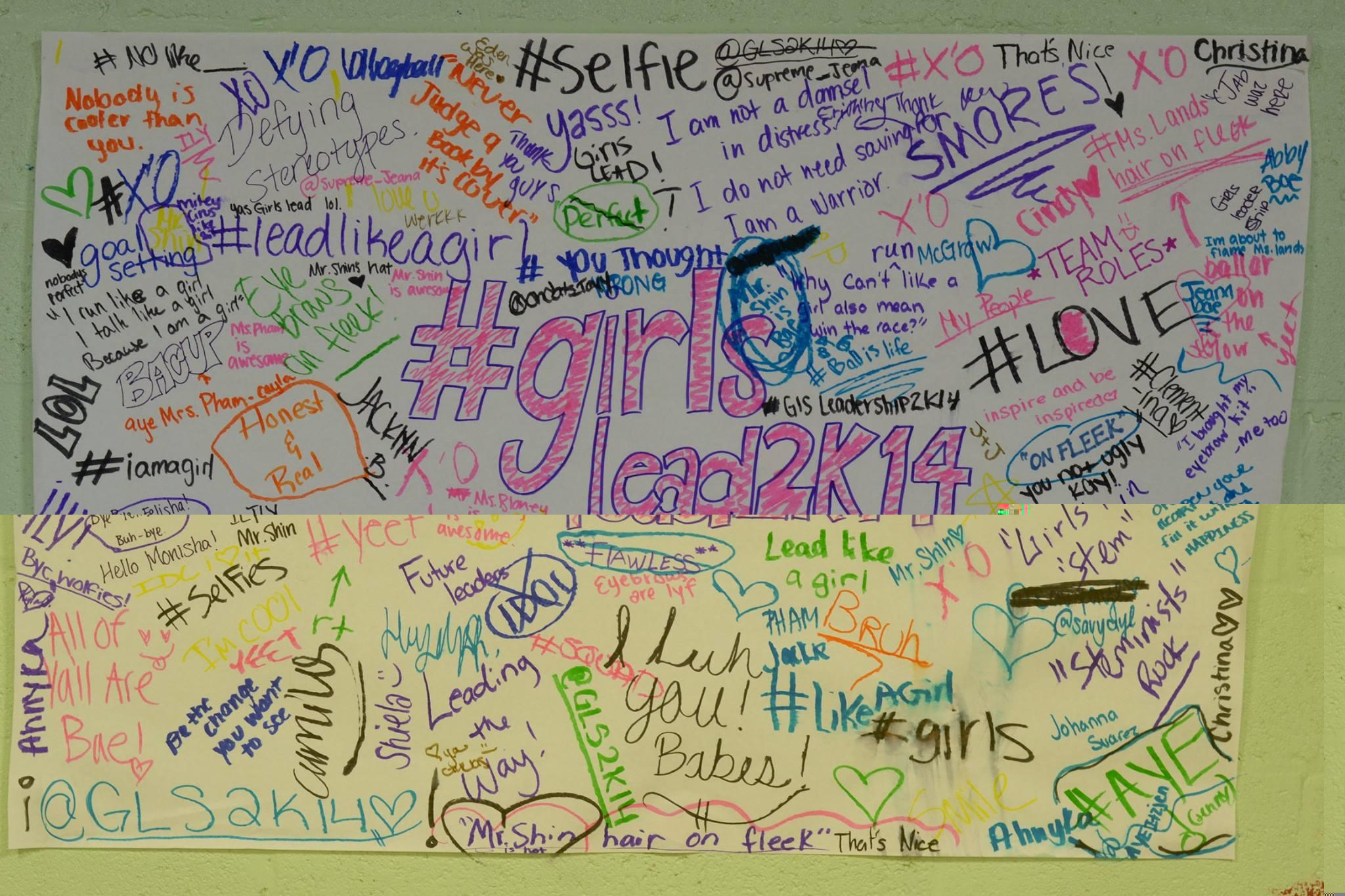 Photo: The girls wrote good thoughts and things that they learned onto a poster.

Photo: The girls wrote good thoughts and things that they learned onto a poster.

McCann developed the program as part of a project for the Communication Arts Program (CAP). However, she had wanted to start a girls' leadership program since she left Parkland. "There was a boys' leadership program and the teacher who started it told me that girls didn't need help leading," she said. "It didn't really make sense to me and it's been something I've been thinking about ever since middle school."

The summer after sophomore year, McCann attended Maryland Leadership Workshops (MLW), a week-long program where she participated in leadership workshops and training. She used MLW as a basis for her own program and, along with the help of Blair social studies teachers Kevin Shindel and Alison Russell, McCann was able to start it this year with Parkland reading teacher Caitlin Deyhle as the sponsor.

While the meetings will be mostly discussion-based, McCann intends for the program to also be action-based. She is planning for the girls to organize activities and present during Women's History Month so that all girls in the school can develop their leadership potential.

For the inaugural fall retreat, Parkland teachers nominated girls who they felt had leadership potential. Unlike the boys' program, which takes boys who are already "at the top of their class," the girls' program chose girls who were not necessarily "feeling empowered," according to McCann.

The retreat consisted of group bonding activities, such as dance parties and workshops led by McCann, Russell and Parkland faculty.

In her workshop about defying stereotypes, McCann discussed bullying and described the importance of not making quick judgments in relation to her own life. "When some people see me, they think I'm some white girl who has her life together. They don't know from looking at me that I have a single mom, my parents were never married, my mom had me as a teenager, she never finished college," she said.

Other workshop instructors discussed topics ranging from women in STEM to respecting one's body. "We talked a lot about girls in STEM because Parkland is an air, space and technology school and a lot of the girls who go to Parkland are interested in that," McCann said.

Jeana Khader, a seventh grader at Parkland, enjoyed both the education and entertainment that the retreat offered. "It was really fun. I learned how to respect my body and how I shouldn't be wearing [clothes] to impress guys or just anyone in general," she said. 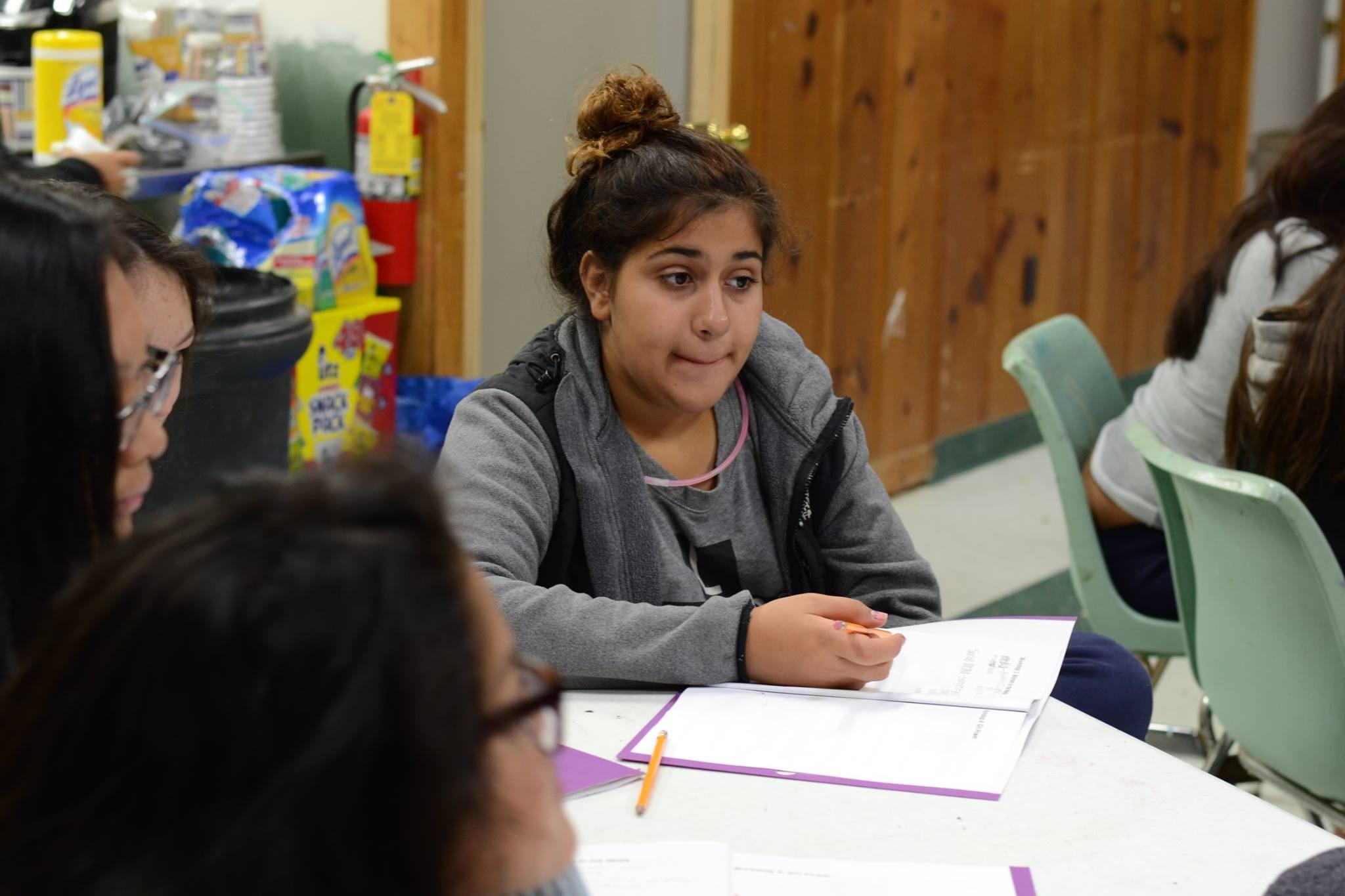 McCann has found the entire experience "stressful but rewarding" and has learned to push for the things that she really wants. "I learned not to give up on something I believe in and this gave me lots of confidence," she said. "The girls were already telling me what we should do for next year, and that was really great to hear."

Because of financial limitations, participation in the retreat was limited to the twenty-five girls who were nominated, but the biweekly meetings are open to anyone in the school who is interested.

Although McCann is a senior and will not be able to run the program next year, she hopes other Parkland staff can continue her work.