Senior Anand Oza was selected as a member of the 2010 U.S. Physics Team on May 3. He will attend the annual U.S. Physics Team Training Camp at the University of Maryland from May 21 to June 1 to train and compete for a spot to participate in the 41st International Physics Olympiad (IPhO), which will be held July 17 – 25 in Zagreb, Croatia. 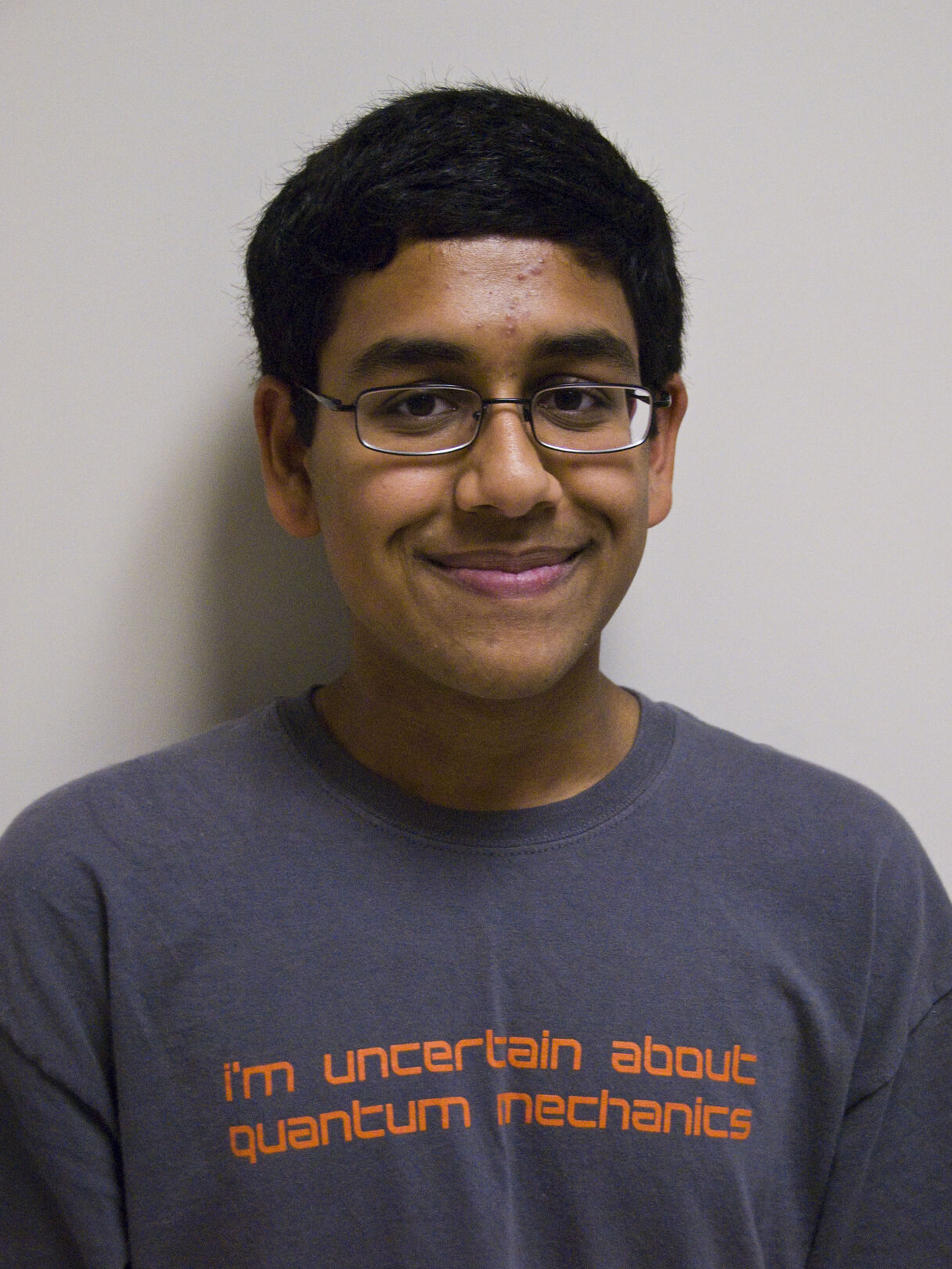 Photo: Senior Anand Oza will train at the University of Maryland, College Park for the 41st Annual International Physics Olympiad

Photo: Senior Anand Oza will train at the University of Maryland, College Park for the 41st Annual International Physics Olympiad

The qualification process was sponsored by the American Association for Physics Teachers and the American Institute of Physics. It began with a multiple-choice test in February and was followed up by a semifinals exam in March that covered mechanics, electromagnetism, thermodynamics, and nuclear physics.

Oza has qualified as a semifinalist twice in past years, but has never advanced to the finals. He noted that his previous experience helped him anticipate his success on this year's exam. "Since last year's exams I've learned a lot of physics, so I was cautiously optimistic about this year's tests,” he said.

At the camp, the team, which is made up of 20 high school students from around the country, will attend lectures, take exams and perform labs each day in order to improve their skills, according to Oza. On the final day, five members will be selected to be a part of the travelling team that will compete at the IPhO. Oza expressed that he is uncertain of whether he will be selected to travel to the IPhO, though he remains optimistic about his chances. "I'm not necessarily going to qualify for the IPhO, but I certainly hope I do,” he said.

Magnet teacher and Blair Physics Team coach James Schafer, who both teaches and coaches Oza, said that Oza's distinct learning skills helped him succeed in the qualifying for the team. "His ability to learn, process and apply new topics has served him well in these competitions,” he said.

Oza expressed excitement for being part of the team. "I'm sure I'll have the opportunity to learn a lot, and I want to make sure I make the most of it,” he said.