Seniors recognized by House of Delegates for softball skills

Pietanza and Villa are both on Blair's varsity softball team, as a pitcher/infielder and a right-fielder respectively. Pietanza was named on the All-Gazette's first team, which is comprised of 10 players, and Villa was named to the second team, which is comprised of only five. The Gazette also named a player of the year, Sherwood senior Meggie Dejter, and several honorable mentions.

Blair Principal Renay Johnson presented the awards to Pietanza and Villa during class. "We were called down to Ms. Johnson's office and they were laid out on the table," Pietanza said.

The All-Gazette softball team was chosen by the publication's beat writer for high school softball, Jennifer Beekman. According to head varsity coach Louis Hoelman, Beekman selects the teams by emailing coaches and asking for players. "[It's] mainly what the coaches say about the players. They also take into account the statistics," he said. The All-Gazette team listed some of Pietanza's statistics, including 33 runs batted in. "She's a great pitcher and hitter," Hoelman said. "She's one of the top ten players in the county." 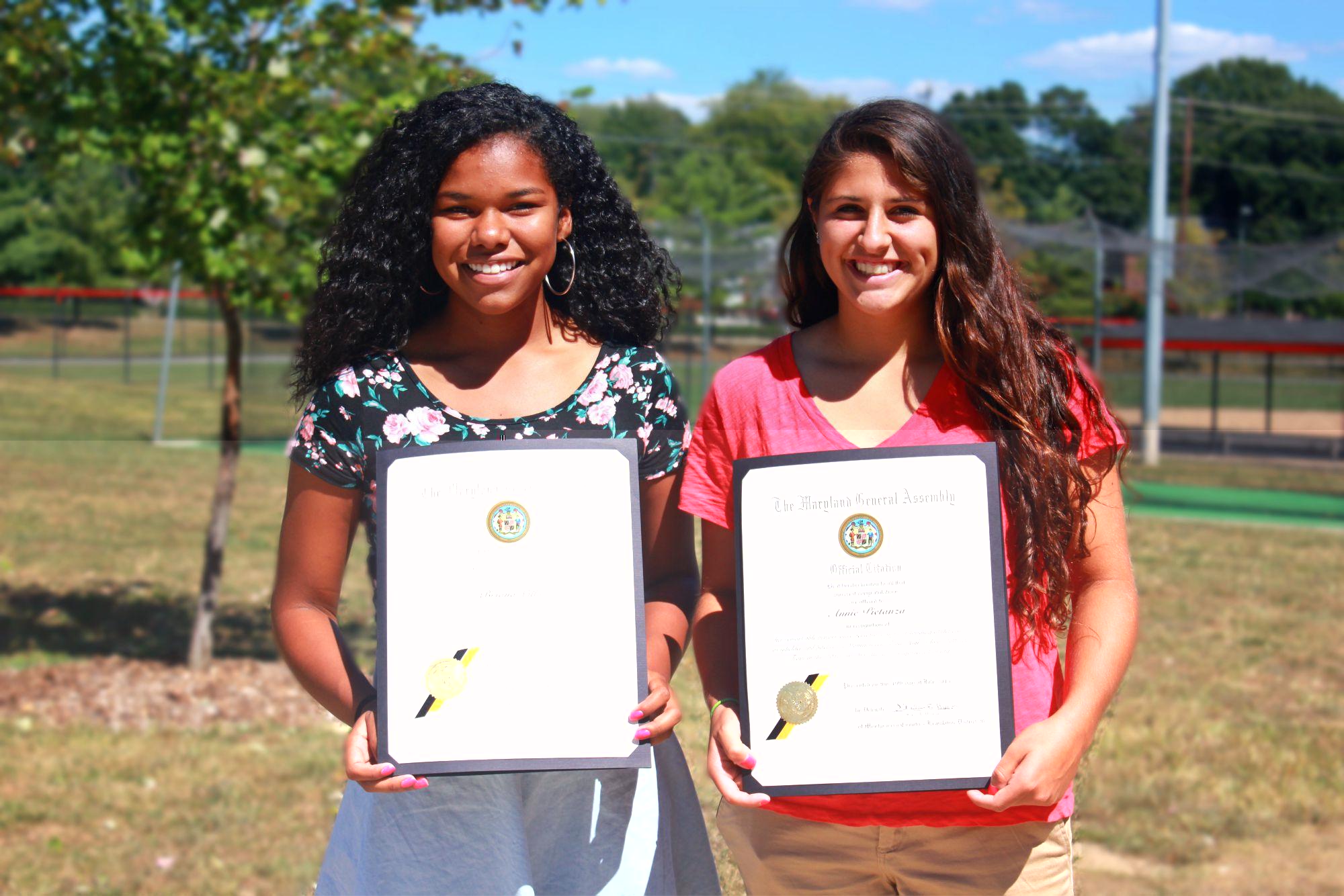 Photo: Villa and Pietanza were recognized by the Maryland House of Delegates for making the All-Gazette softball team.

Photo: Villa and Pietanza were recognized by the Maryland House of Delegates for making the All-Gazette softball team.

Hoelman said that Villa made a good candidate for the All-Gazette team because of her offensive statistics. "She helped the team with a lot of games by getting clutch hits," he said. He cited the final game of the last season, in which Blair had to beat Clarksburg High School in order to be second seed in the county. "Briana hit a three-run homer over the fence to put us up, to lead us to victory," Hoelman said.

Villa began playing softball the summer before she entered fifth grade, when she joined a recreational league team sponsored by Summer Delights. Pietanza has played for 11 years. "I was playing t-ball when I was five," she said. Both plan to play a sport in college; Pietanza plans to play softball while Villa is unsure what sport she would like to do. "I would like to play in college. I also play soccer competitively so as of right now, I'm looking into playing that too," she said.

Other Blair athletes to be selected for an All-Gazette team this year include seniors Kafilat Oladiran and Deborah Olawuni for the girls' track and field team, senior Stephen Varella for boys' track and field, senior Michael Thomas for the boys' swim team and senior Arvind Kannan for boys' tennis.