In the emotional last home game for seniors on the girls' tennis team, the Blazers fell in a disappointing 7-0 shutout against the Churchill Bulldogs. The Bulldogs dominated with superior technical ability, but the Blazers stood their ground and fought back in a great change of game attitude from previous games, according to Coach David Ngbea. 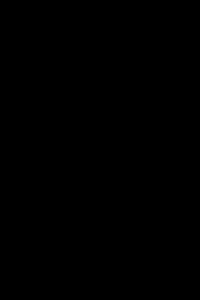 Photo: Sophomore Tiffany Chang at second doubles keeps her eye on the ball after a Churchill return. Blair was unable to hold on, losing 7-0 in their last home game.

Photo: Sophomore Tiffany Chang at second doubles keeps her eye on the ball after a Churchill return. Blair was unable to hold on, losing 7-0 in their last home game.

At first singles, junior Sneha Kannan played against sophomore Elizabeth Kaufman. Kaufman, a powerful server, was able to smash several aces during the first set. This, as well as numerous plays in which Kaufman landed the ball in deep court or close to net depending on Kannan's position, won her the first set in 15 minutes. In the second set, however, Kannan picked up speed and overcame a 5-0 run by her opponent by winning three games. Kaufman's serving inconsistencies became an additional advantage for Kannan. In the end though, Kaufman prevailed in a 6-0, 6-3 match.

The Blazer's doubles encountered similar competition. At first seed, senior co-captain Jasleen Salwan and sophomore Deepa Chellappa faced off against senior co-captain Robyn Segal and junior Alyssa Perez. Segal and Perez were hitting significantly harder and nearer the sidelines, forcing the Blazers to scramble for the ball. Despite some inconsistent play, including returning many balls out of the court, the Bulldogs won the match 6-0, 6-2. Similarly, second doubles sophomores Elissa Shaiu and Tiffany Chang lost 6-1, 6-0. Third doubles, which experienced a shift in lineup, saw sophomores Sarah Tran and Yevgeniya Frankevych loss in a 6-2, 6-0 contest.

The Bulldogs defeated the Blazers in a 7-0 shutout, but not without effort. Bulldogs coach Benjamin Woods commended both teams. "Churchill, we came out, and we played hard," he said, stating that the final score did not reflect the closeness of the matches.

Ngbea admitted the game was "an annihilation, that's what it is," and believed the Blazers played better against Walter Johnson earlier in the season, which he called a stronger team. In spite of this, Ngbea felt the Blazers' mentality had changed for the better. "The mistakes they made were not mental; they were mechanical," Ngbea said.

This was Blair's last home game of the season. The girls' tennis team plays its next game on Tuesday, Oct. 9 at 3:30 p.m. against Richard Montgomery.