Seniors Kiernan Colby and Becca Ederer were awarded a total of $250 and an honorable mention in C-SPAN's 2012 StudentCam competition. They were also featured on local news station WUSA-9 for their video, "Occupy For Your Right: The First Amendment Today." 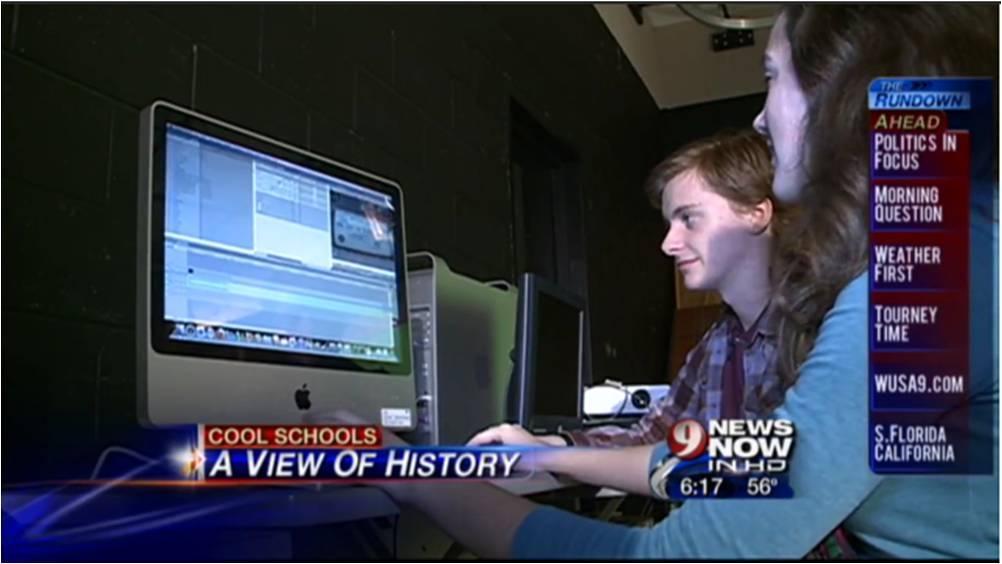 The contest was open to middle and high school students across the country. Applicants created a short documentary focusing on a section of the U.S. Constitution that they found meaningful. Colby and Ederer selected the First Amendment, which was the most popular topic among winners, according to a March press release from C-SPAN.

Their video examined the First Amendment's protection of the freedom to protest. Colby wanted the video to demonstrate the importance of the First Amendment, not just historically, but also politically. "We were trying to show that the Constitution isn't just a founding document of the country, but it's also a source of power," he said. Ederer also emphasized the Constitution's relevance. "It really is a living, breathing document,” she said.

The seniors submitted the video in the high school category and found out they had won an honorable mention on March 7, during school. "We were in the middle of English class,” Ederer said, "and got permission to get on the computer [to check the results]." For the video, the pair interviewed Occupy D.C. demonstrators on location downtown. "We both went to McPherson Square over winter break," Ederer said. Colby also recorded more video from Freedom Plaza.

Later, they were interviewed for and featured on WUSA 9 News Now's "Cool Schools" segment, which aired the morning of March 15. The students said they were excited to meet professionals in their field. "It was cool to see how they worked," Ederer said. "I learned some cool [video] lighting tricks."

The two found out about the contest in their Blair Network Communications (BNC) class, and were interested in the potential prizes it offered. "Initially, we were drawn to the cash prize,” Ederer said.

While Ederer is interested in video production, Colby focuses more on audio production and engineering. Ederer thinks their differing talents and interests made the video better. "I thought we complemented each other," Ederer said. She says she enjoyed the experience and wants her classmates to try out for similar contests in the future. "I'm really happy we did it, and we tried it, because we ended up doing really well," she said. "I would encourage other Blazers to do it. The more we get Blair out there, the better."

Colby and Ederer's video can be found on the C-SPAN StudentCam web site .

Their appearance on 9 News Now can be found on the WUSA9 web site .