Out of a pool of approximately 1.5 million Preliminary SAT (PSAT) takers, there were 8,400 National Merit Scholarship semi-finalists. Of those semi-finalists, senior finalists Tommy Zhang and Shilpa Kannan received $4,000 and $6,000 respectively from science companies. 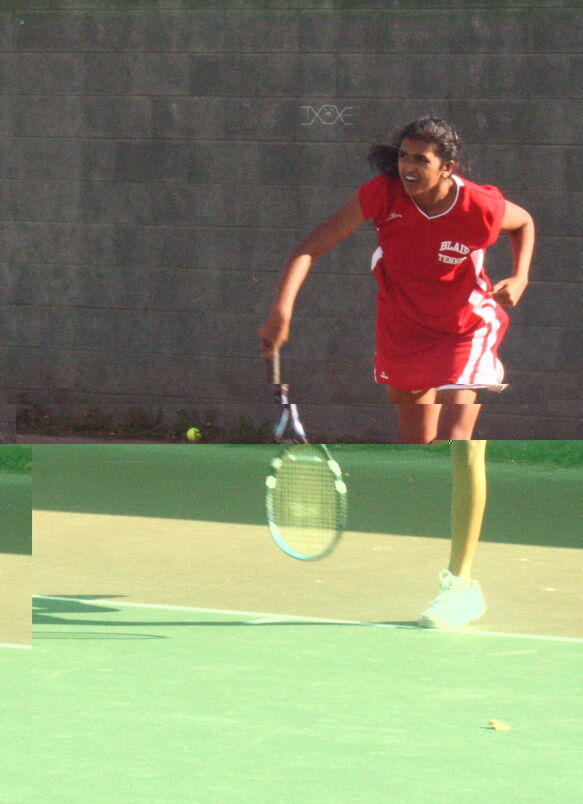 Finalists can choose between a guaranteed $2,500 from the National Merit Scholarship Corporation or varying amounts from either the students' top-choice college or a participating corporation. The application process begins by taking the PSAT/NMSQT, and then as the competition advances, the applicants have to submit a more formal application including an essay and a guidance counselor recommendation.

Zhang won $4000 from Science Applications International Corporations (SAIC), a company for which his father works, and will be attending the Massachusetts Institute of Technology (MIT) in the fall. Kannan won $6000 from the Computer Sciences Corporation (CSC) and plans to use the money to help pay tuition at the University of Pennsylvania next fall.

The winners had fairly different attitudes on their recognition. "I am very proud, happy and humbled that I won the award," Kannan said. "Simply being recognized for my achievements as part of a national award was just amazing."

Zhang took a more pragmatic approach. "It's cool I guess, but it personally doesn't affect me that much," he said. "It really depends on the individual, and where he or she chooses to go to college."

Zhang and Kannan also had different assessments of how the money was going to help them. "One-thousand dollars a year isn't going to make a big influence for me on money decisions," Zhang said. Conversely, Kannan felt the scholarship will play a big role in financially supporting her college tuition.

Both Blazers were able to see the importance of perseverance throughout the process of qualifying for the scholarship. "This really taught me that hard work and studying is rewarded," Kannan said. Zhang echoed her sentiment."Just try your best," he said.