We all know the story: student skips school, student gets marked absent from his or her class and the absence is marked unexcused. Rinse and repeat five times, and the student has a Loss of Credit (LC) on his or her report card. But the narrative will hopefully change next year, as a county proposal could eliminate this inefficient policy. 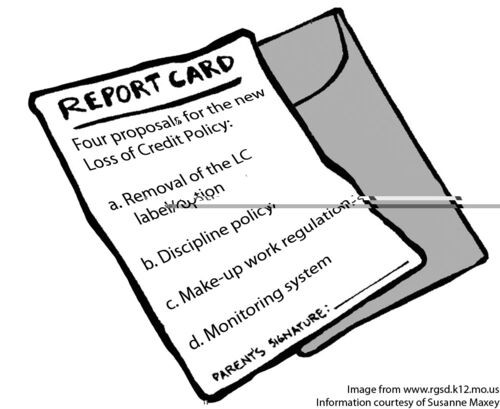 Photo:
Currently, if a student nets five unexcused absences, he or she loses credit in the class. But MCPS has set up a work group, chaired by MCPS consulting principal Suzanne Maxey, to examine the LC policy and pitch new ideas for an improved attendance policy.

The removal of the LC policy would benefit students, as academic success should not be contingent on attendance. The current attendance problem lies in MCPS's narrow definition of "excused," as the current policy also fails to distinguish among different reasons for unexcused absences. Some students may cut class for fun, but others have missed school to attend an aunt's funeral - a family member whose death is not covered by the MCPS attendance policy, which is limited to excusing the funerals of immediate family. Other students missed school because they were ill, which is excusable, but were unable to obtain an excuse note from a parent or guardian who does not speak English. When parents are unable to write a note for the attendance office, their children suffer the consequences.

LC rates are higher among certain student subgroups, which widens the achievement gap between minority and majority students. Hundreds of MCPS students have non-English speaking parents, according to Maxey, which also leads to lack of an excuse note. A parent's inability to write a note should not lead to a student failing his or her class. Revising the LC policy is a simple way that MCPS can make a significant change to its academic disparities.

In addition to lowering GPA, LCs can lower self-esteem. Receiving an LC often discourages students from coming to school altogether. According to Maxey, 55.5 percent of students who lost credit in their classes in the 2008-2009 school year would have passed their classes, but these students end up feeling as if there is no possible way that they can overcome their academic predicament and become disengaged from school and learning. Poor attendance motivated by a simple LC lessens students' chances of future success.

While it is sensible and important to make school attendance a priority, academic success should not be so dependent on attendance. It is paramount for MCPS to leave grade determination to those who do it best - teachers.