For a band formed only six months ago, Blair's own Trees Have Cars is moon-leaping toward stardom. With fresh microphones and recording equipment, they have more than 14 original songs. The group, which cites such disparate artists as Jason Mraz, Linkin Park, Led Zeppelin and the Red Hot Chili Peppers as influences recently performed at the Nightclub 9:30, their first formal performance.

Standing with their instruments on a stage The Police, The Smashing Pumpkins, Bob Dylan and the Beastie Boys have occupied at one time or another, the six members of Trees Have Cars did not go insane or start shaking the stage like the other punk and alternative rock bands that performed before them that night. The band hardly appeared nervous, but maintained a reserved cool throughout their performance.

"Never Promised" and "Breaking Point" were easy-going, steady and repetitive rock songs with upbeat melodies, reminiscent of The Graduate, another of the band's cited influences. While the songs did not shatter any windows or shake the ground, they had a certain power and sincerity that had the audience cheering by the end of "Breaking Point." The band offered few instrumental solos; the vocals seemed to be the focus.

Following this great start, Trees Have Cars switched gears and turned up the volume with "A Hand in the Dark." The song had a relentless and pulsating musical quality, but the melodies were still upbeat and Bland and Jenkins' voices remained center-stage. The band's final original song was the 'Chili Peppers styled rock tune "Capture," with repetitive and steady melodies supporting rapid and clear lyrics. 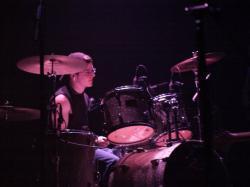 Trees Have Cars concluded their performance with their cover of Jason Mraz's "I'm Yours." The band did not completely rework the song, out of respect for Mraz, but gave the song's guitar melody, a reggae-like tune in Mraz's original version, a bell-like quality. This made the song rocking more, to suit the band's own aura. The band stepped off the stage after playing "Happy Birthday" for their friend junior Lily Ross.

Trees Have Cars was able to skillfully venture into a wide range of music genres, from soft love ballads to harder alternative rock. More impressive was their ability to keep their heads straight on stage. The band's music was strongest when their instrumentation supported Bland and Jenkins' vocals, so they stuck with that formula without overplaying each other or attempting wild gimmicks.

According to Brown and Reckson, the band does not have a fixed system for creating music and all their ideas come naturally and from nearly everyone in the group. They try to avoid following musical trends in the hope that people will like them; they make music that they themselves enjoy. "I wouldn't write a song that I wouldn't like to listen to," said Reckson.

For now, Trees Have Cars just plans to have fun with what they do, but they hope to eventually sign a contract with a record label. "We'd be fine with anybody, just as long as they don't steal our money," said Bland.

The band is open to suggestions on improving their music and directs the public to their web site.