Blair alumni recognize a community that fostered 75 years of unity

For most Blazers, a graduation year is a symbol of both pride and rivalry, a number to chant competitively at pep rallies and emblazon on colorful class t-shirts. But this Friday, Blair alumni with their class years written on small, white nametags met at Strathmore's Concert Hall to reminisce about a Blair shared by students for more than seven decades. 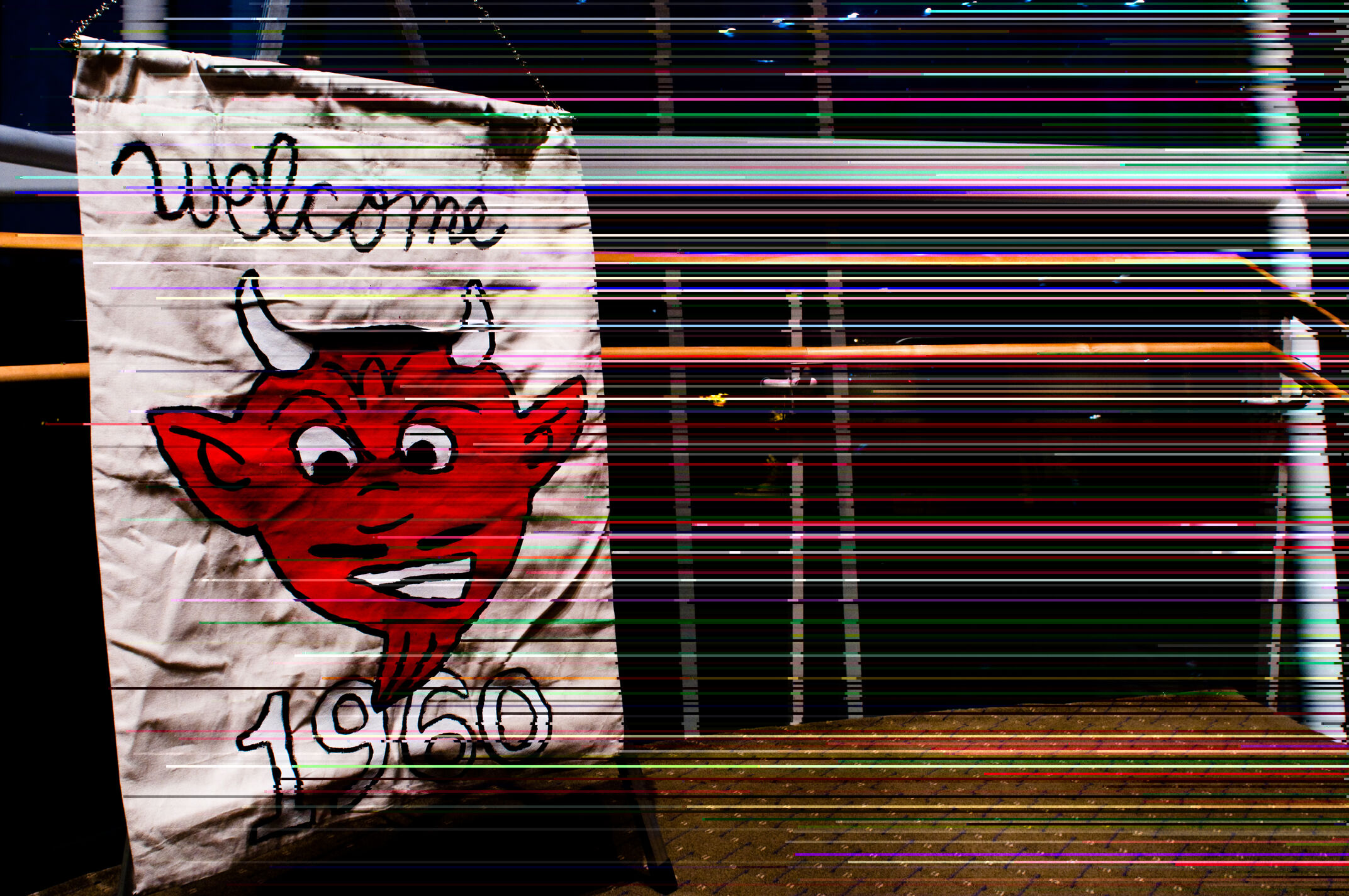 This gathering of more than 1,000 Blazer alumni was a celebration of Blair's 75th anniversary. The event featured a ceremony inducting the first members of the Blair Alumni Association's Hall of Fame, two reunion receptions before and after the ceremony and a film overview of Blair's 75 years entitled "Tradition Never Graduates." Among the Hall of Fame inductees were 13 famous Blazers, including journalist Carl Bernstein, basketball coach Morgan Wootten and actor and commentator Ben Stein, who also served as the event's master of ceremonies. But despite the inductees' distinctions, Blazers of all ages and levels of fame were united in their memories of Blair as an inclusive community.

In a manner resembling students packed in the crowded Blair Boulevard hallway at lunchtime, Blair alumni from every year filled two stories of the Strathmore reception area, mingling, eating and dancing to songs ranging from the Supremes' "You Can't Hurry Love" to the more recent "Celebration." Among the mass of Blazers was Sabria Jones (1993), who attended the reunion with family members from various graduating years between the 1970s and 1990s. She saw the reunion as an opportunity to connect with Blazers she would not have met at school. "It's really interesting because you get to see a lot of older generations of Blazers who you wouldn't normally see," she said.

The chance to talk to earlier Blair graduates was a rewarding experience for Blazers of all ages. Laana Taylor (1972) and her sister, Julie Taylor Smith (1969), admitted that they hadn't met anyone they recognize from high school at the reunion, but were captivated by the story of two Blair graduates from the 1930s who got married the day after their graduation and have been together ever since. 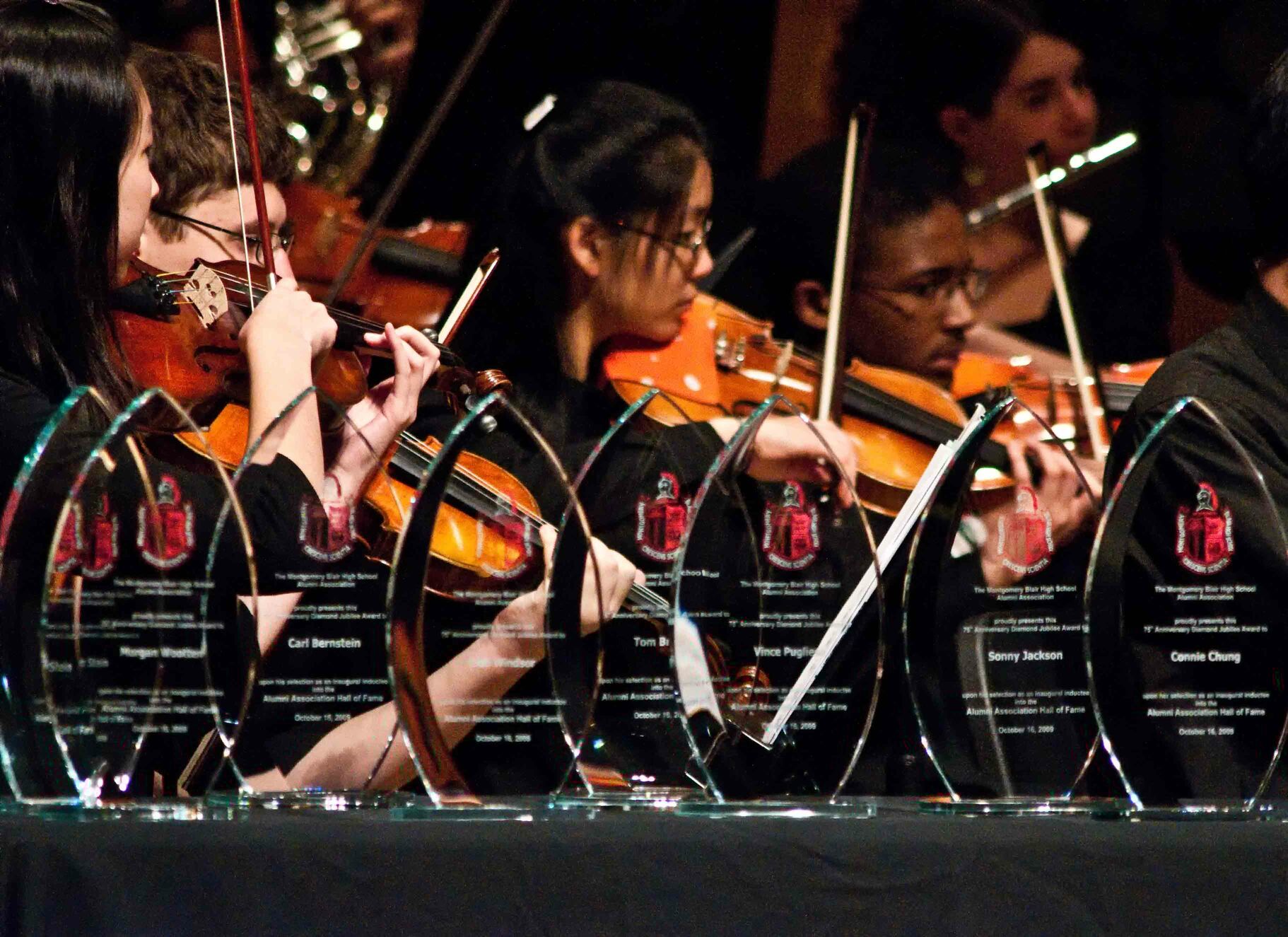 Photo: The night's main event was the Induction Ceremony for the Blair Alumni Association's hall of fame.

Photo: The night's main event was the Induction Ceremony for the Blair Alumni Association's hall of fame.

Each Blazer had his or her own unique memories to share, so many that the induction ceremony ran an hour over its allotted time as the inductees and their classmates spoke fondly of Blair's students, teachers and school spirit. Despite their success after high school, the Hall of Famers still feel a sense of community at Blair. Wootten emphasized this point in his speech. "We're all Blazers forever, I'm sure of that," he said.

Chris Sullivan, philanthropist and founder of the Outback Steakhouse chain of restaurants, is another Hall of Fame inductee who noted a legacy of acceptance during his time at Blair. "I was never one of the cool kids, but I never felt left out," he said. "Long before I got there, Blair had a culture of people belonging and there was a sense of family and a sense of caring."

A testament to the everlasting Blair spirit, the audience full of Blazers of varied graduating classes cheered and whistled collectively at pictures of beloved teachers and hangout spots like the Silver Spring Hot Shop shown in the reunion movie.

After the ceremony, Blazers filed into the reception area to dance to the popular music of their day and enjoy the company of old classmates and new friends. Many plan to attend other anniversary events this weekend, but the gala was a singular chance to bring together the entire Blair community.