On June 20, the Supreme Court ruled against anti-prostitution pledging as a requirement for government funding U.S. HIV/AIDS interventions. Human immunodeficiency virus/acquired human deficiency syndrome (HIV/AIDS) is a worldwide health problem that inhibits the development of nations and threatens social well-being. According to the World Health Organization, 33.4 million people currently live with the condition and 25 million have died from it since 1981. If the U.S. is to effectively support global eradication efforts against HIV/AIDS, private organizations must be able to spend funds without federal mandate of where those funds should go. A recent Supreme Court case will allow organizations to support global anti-HIV/AIDS efforts, without the federal requirement of promoting anti-prostitution.

In the 6-2 decision of Agency for International Development v. Alliance for Open Society International, Inc., the court ruled that the anti-prostitution pledge of the 2003 Leadership Against HIV/AIDS, Tuberculosis, and Malaria Act, is unconstitutional. The pledge states that organization recipients of anti-HIV/AIDS aid must have a firm policy stance get rid of either policy or stance against prostitution and that recipients cannot use the aid to promote prostitution. Consequently, aid-recipients and their supporting organizations in other countries should not be subject to U.S. federal ideology of eradicating prostitution. The ruling is an imperative step in U.S. cooperation with sex workers, without demoralizing or shaming their profession. 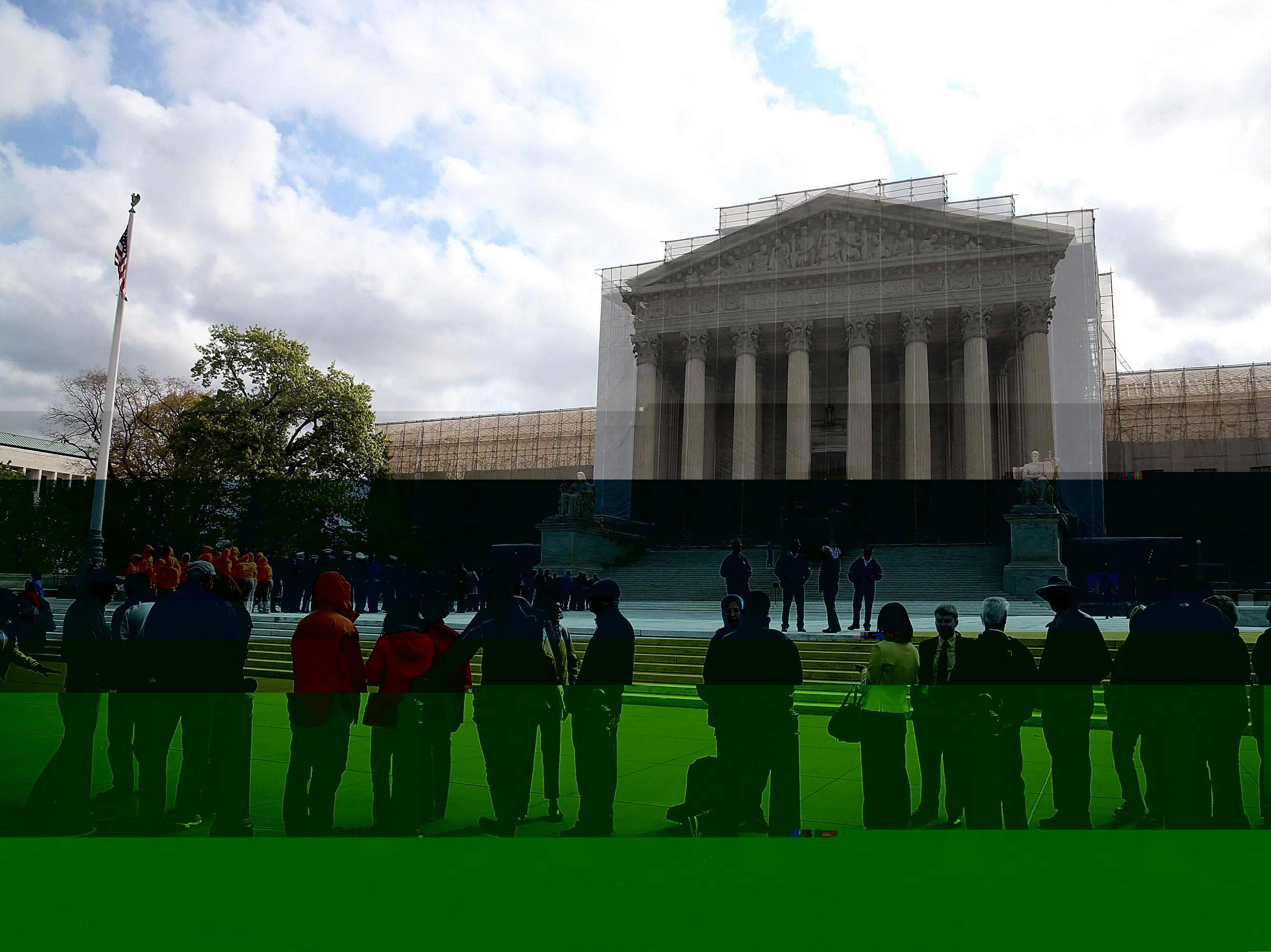 Photo: On June 20, the Supreme Court ruled against anti-prostitution pledging as a requirement for government funding U.S. HIV/AIDS interventions.

Photo: On June 20, the Supreme Court ruled against anti-prostitution pledging as a requirement for government funding U.S. HIV/AIDS interventions.

The 2003 Anti-Protection Pledge severely limited the success rates of HIV/AIDS efforts toward countries where prostitution and sex working is legal. Under the pledge, U.S. HIV/AIDS groups stress ending prostitution as the primary method of stopping the pandemic's spread. However, according to the Global Aids Relief Monitor, this leads to censoring prevention efforts with sex workers. In other words, sex workers are less likely to cooperate with aid groups. The consequent exclusion of sex workers results in continued police abuse, discrimination and human rights violations against them. According to the University of Hawaii, 82% of prostitutes have been physically assaulted and 68% have been victims of rape.

Rather than the anti-prostitution pledge and the condemnation of prostitution in other countries, working cooperatively with sex-workers will help prevent the spread of HIV/AIDS. Case studies of anti-HIV/AIDS efforts within developed nations, serve as a model for the U.S. method of working with sex workers. In Ukraine, street outreach, peer-training and counseling, and networks with doctors/drop-in centers have culminated into an effective three-step plan. Access to this program increased from 34% in 2004 to 69% in 2008. According to the World Bank, "Those exposed to prevention programs report higher levels of protected sex, and greater HIV knowledge."

In addition, cooperative U.S. intervention is a method of understanding the root causes of HIV/AIDS in sex workers on a personal level, and taking action to stop them. In World Bank studies from Kenya and Tanzania, substance abuse was found to be the biggest factor in HIV prevalence. 39.9% of binge drinking sex workers surveyed had HIV, contrary to 23.2% non-drinking sex workers. To combat this, global fund grants from the United States Agency for International Development (USAID) jumpstarted alcohol withdrawal and screening programs.

Finally, elimination of the anti-prostitution pledge is necessary for improving the working conditions of sex workers, and understanding the social and emotional burdens that contribute to the spread of HIV/AIDS in this population. One of the main physical and emotional tolls on sex workers is the effect of police violence. According to The Nation, a sex worker from Lagos, Nigeria described sex abuse saying, "Most often, the police will come to our brothel in the night, march us into their waiting van. They will beat and rape us. They sleep with us without protection." The worsening of HIV/AIDS circumstances shoots down the efficacy of simply denying prostitutes' aid under the anti-prostitution pledge.

The Canadian International Development Agency's (CIDA) model is ideal because it protects sex workers' rights and monitors their security and safety. The organization works by allowing prostitution to continue while encouraging safe sex practices such as condom use, through 15,000 contacts in Nigeria. The CIDA has created community development and empowerment programs where sex workers can give feedback to the aid being given to them. The program also uniquely established male client interventions, in which CIDA volunteers sexual education programs and risk reduction counseling to clients.

Outlawing the Anti-Prostitution Pledge of 2003 liberates U.S. HIV/AIDS groups to intervene in more effective, culturally sensitive, and preventive ways. Sex workers are not only a highly condemned and victimized group, but are denied HIV/AIDS help simply on moral grounds. The lifting of the pledge will create a more supportive dialogue that tackles root causes of the HIV/AIDS spread (i.e. substance abuse, violence and/or condom disuse) and will keep HIV/AIDS incidence on a downward trend.