The Student Government Association's (SGA) annual canned food drive to benefit families in need began today and will run until Dec. 17. Students can drop off nonperishable donations in their first period classes. 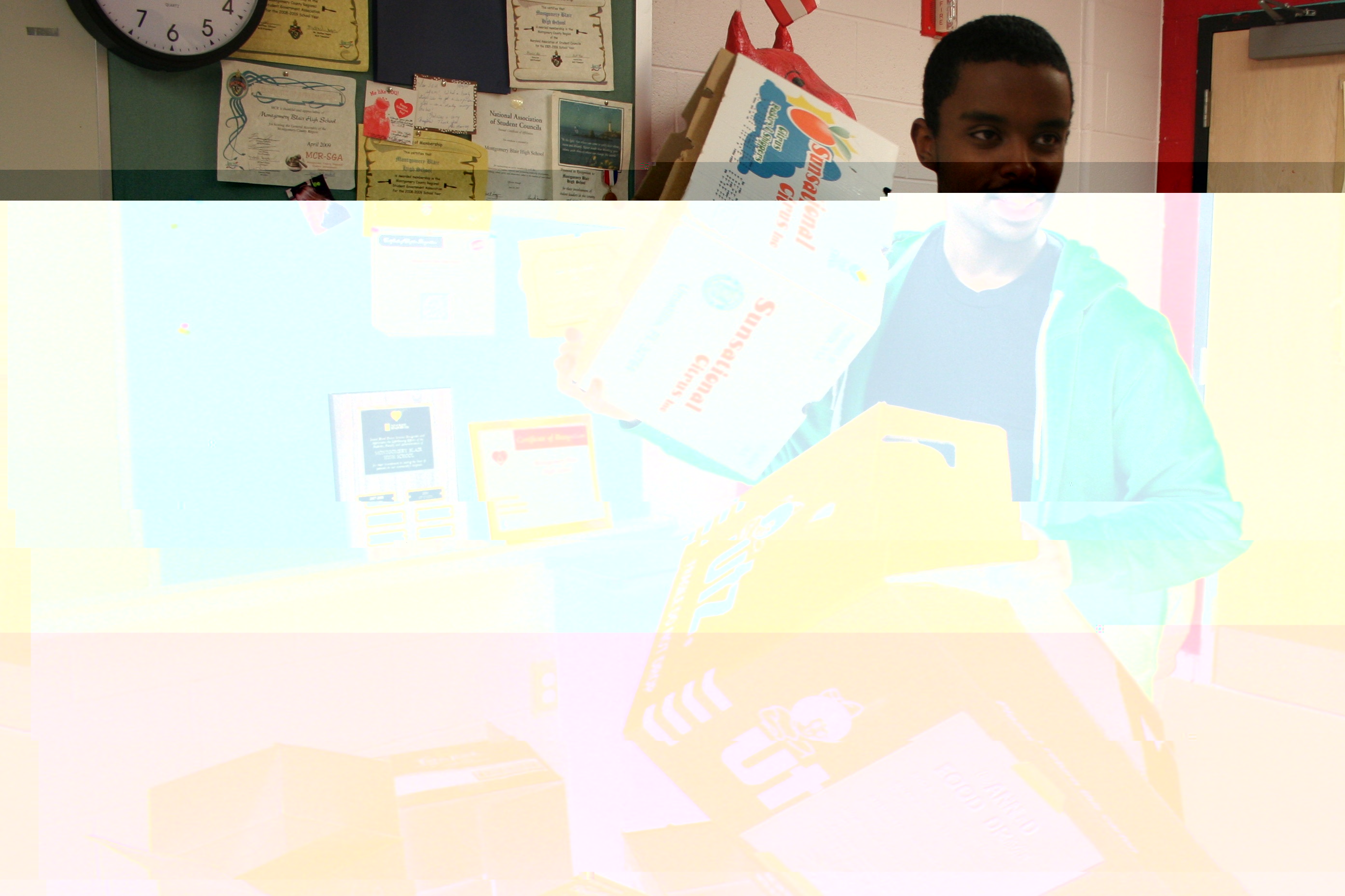 Photo: SGA President Adam Biru organizes collection boxes for the food drive, which are put in every first period class.

Photo: SGA President Adam Biru organizes collection boxes for the food drive, which are put in every first period class.

The SGA will split Blazers' donations between charity organizations Smart Snacks and Manna Food Center. Smart Snacks is a program at Blair that supplies Silver Spring families with backpacks full of food; Manna provides food to families across Montgomery County and feeds roughly 3,300 families each month, according to the center's website. The SGA will give foods that expire more quickly, such as Nutri-Grain Bars, to Smart Snacks, while other nonperishable items will go to Manna, according to SGA President senior Adam Biru.

Each week, SGA members will stop by first period classes and collect the cans that Blazers have donated, according to SGA Vice President senior Christina Stiles. The three classes that donate the most items will win breakfast parties. After the last day of collection, the SGA will announce the three classes with the most donations, according to Stiles.

In the past, the SGA has banned donations of Ramen noodles due to their minimal nutritional values, but this year the SGA will accept donations such as Ramen. "You're encouraged to bring other things," Biru said. "We're just looking for nonperishables."

Last year, the SGA collected over 1,950 pounds in donations and over 700 nonperishable food items. The SGA aims to collect even more items this year, according to Biru. "We just want to keep it up and get more than last year," he said.

The SGA hoped that the food drive will encourage students to participate actively in the community. "It's important to allow students to give back," SGA Representative senior Anthony Carell said. "Everyone doesn't have food." Biru also stressed that students should donate food not for the breakfast parties, but to help others out. "It's the holiday season and we want people to enjoy it as much as they can," he said.