Events are scheduled for April to encourage school unity

The Student Government Association (SGA) will begin hosting "Fun Fridays" on April 13. "Fun Fridays" will be part of a series of events running throughout April to bring students together in a relaxed and safe environment. The SGA created this event as an alternative to the annual Spring Carnival, which had low attendance in past years. 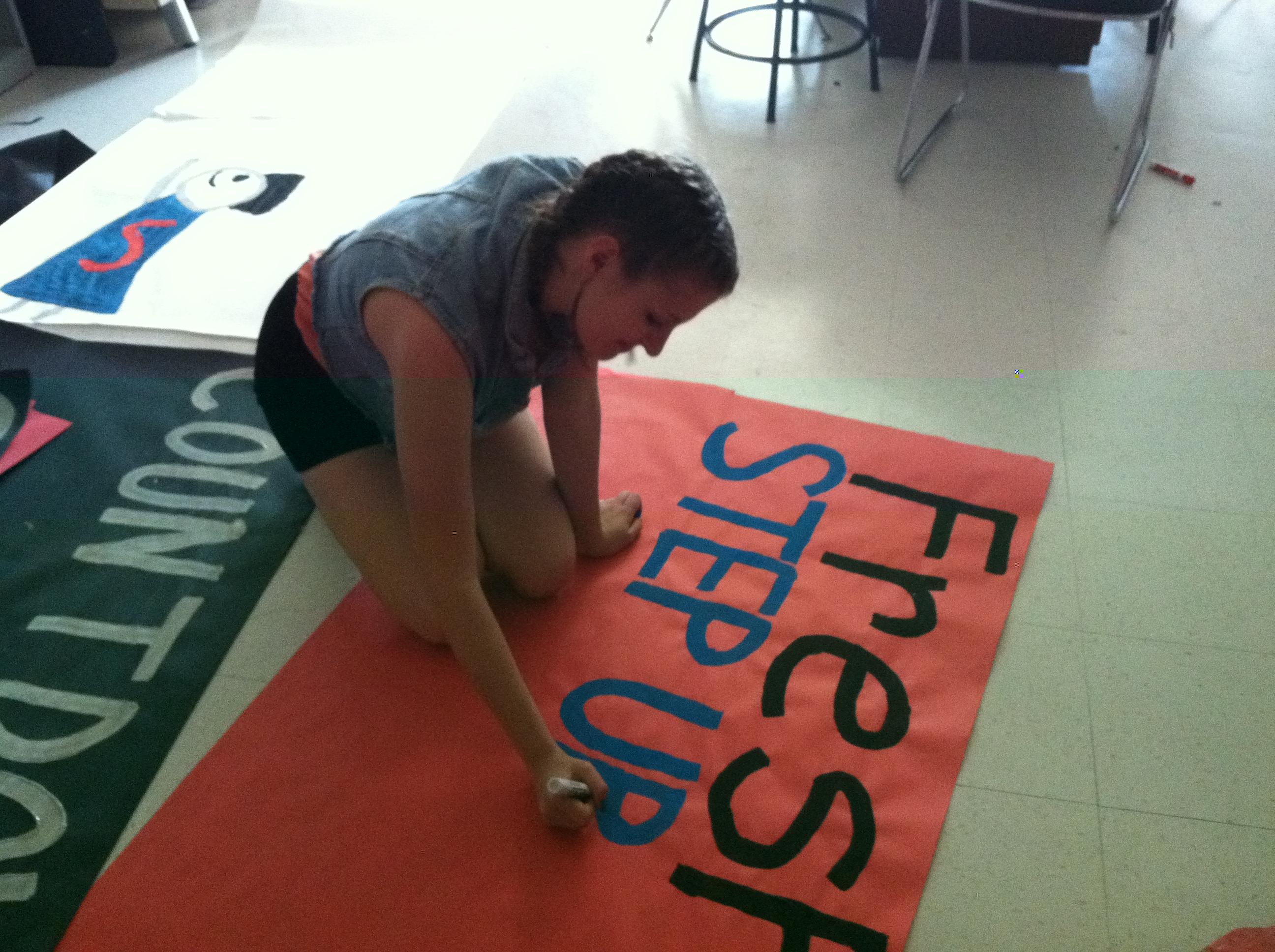 Photo: Junior Irene Ravitz makes SGA signs that are up around the school.

Photo: Junior Irene Ravitz makes SGA signs that are up around the school.

Activities will take place every Friday in April and will lead up to a final event, the Spring Pep Rally, on April 27. SGA treasurer junior Lidya Mesgna believes that Fun Fridays will bring something new and fresh to school, especially with summer vacation on the horizon. "SGA has never done this before and this should be a good way to have fun after school," Mesgna said.

To kick off the April 13 event, the SGA will host an in-school assembly on voter registration and the Development, Relief and Education for Alien Minors (DREAM) Act, which is up for referendum on the upcoming November ballot. The DREAM Act is a legislative proposal to provide permanent citizenship to illegal immigrants who have completed high school in the States and are proven to be law abiding youth. According to Mesgna, the SGA hopes to provide students with a more wholesome perspective of the important bill. "We're just trying to get the word out for students to make their own opinion," she said.

The assembly will be followed by movie night, which will take place after school from 3 p.m. to 6 p.m. in the Student Activities Center (SAC). Students will have a chance to vote on which movie is shown, but it will be in the horror and thriller genre to celebrate Friday the 13th.

The following week, the SGA will host a karaoke night. The event will include songs from a variety of genres and food will be provided for attendees and performers. The event is new to the Blair community, but SGA Secretary junior Kayla McCaw expects it to be a success. "Everyone can come and sing. It should be a lot of fun," she said.

The final "Fun Friday" events will occur on April 27 and will include the Spring Pep Rally, which will feature a DJ from 107.9 El Zol, and other activities originally planned for the Fall Pep Rally, which was relocated indoors due to weather conditions. The event will also include the annual PowderPuff game, a two-quarter length football match between junior and senior girls.

There will also be water pong, due to its successful debut last year. Water pong, a game where ping pong balls are thrown into cups from a distance, is an alcohol-free twist on a popular drinking game. SGA Chief of Staff senior Caryne Moses said the proceeds from these activities will be donated to an undecided organization that supports alcohol-free activities. "We're trying to raise awareness of having fun without alcohol," she said.

The SGA is expecting a large turnout for these events and welcomes all Blazers to participate. For more information on the upcoming activities, students can contact their grade level SGA representatives.